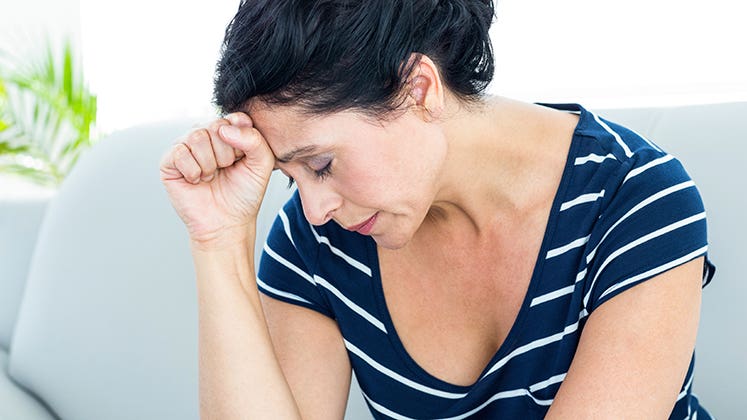 Divorce can be hard on your personal finances, particularly if you haven’t established credit in your own name.

If you have no credit, or a thin credit file, getting credit when you need it, perhaps to rent a car, buy an airline ticket or shop online, could be challenging.

This happens more often to older women who weren’t the primary income earners in their household while they were married, says Ronit Rogoszinski, a wealth adviser at Arch Financial Group in New York’s Long Island.

“A lot of women just never got the Visa or MasterCard or American Express,” Rogoszinski says.

The best way to fix the problem is to avoid it by establishing separate credit while your marriage is still happy, says Rod Griffin, director of public education at the credit bureau Experian.

“Ideally, you maintain an individual account or 2 in your own name in the event that something unexpected happens,” Griffin says.

That could be a divorce or some other financial calamity.

A small purchase every few months typically is enough to keep an account open and active.

In some states, new separate credit isn’t an option for married couples because state law automatically deems new credit accounts established during the marriage to be jointly held. You’ll have to check to see if that’s the case in your state.

Another approach is to establish separate credit during the divorce, using the primary wage-earner’s income and credit history to qualify, says Lili Vasileff, founder of Divorce and Money Matters, a divorce financial planning firm in Greenwich, Connecticut.

The 1st step is to obtain your own credit report. This report can help you find out:

Get your credit report for free at myBankrate.

It’s also a good idea to find what points, airline miles and other perks are associated with various accounts. Vasileff says these are marital assets and can be subject to negotiation during the divorce.

The next step is to open a major credit card in your own name “as if everything is normal,” Vasileff says. Then get a car loan, open a bank account, sign a rental agreement or take other actions to establish separate personal finances.

“These little, small steps are very key,” Vasileff says. “Because then, by the time you’re divorced, you’re up and running and have things you can point to.”

Some couples split up their credit accounts before they untie the knot.

This separation can be easier if your accounts have small balances and payments have been made on time, Griffin says. In those cases, creditors might be more willing to work with you to remove 1 spouse from an account.

Don’t expect creditors to honor your agreements with your soon-to-be ex, however.

“A divorce decree doesn’t change the contract you have with the lender,” Griffin says.

The other option is to establish your own credit after the divorce is finalized.

“In that situation, you’re faced with the same kinds of challenges as anyone who is establishing credit for the first time,” Griffin says.

You might need to start out with a joint account that you open with a co-signer or a secured credit card that requires a deposit.

A credit union or regional bank might be more willing to open a credit account for someone without much credit history, Rogoszinski suggests.

“I don’t believe anything is hopeless,” she says. “If the 1st bank turns you down or the 1st store doesn’t offer credit to you, try another one.”

One challenge for people who are recently divorced can be a lack of income to qualify for credit.

“The only income these individuals have to show is spousal support,” Vasileff says. “Spousal support generally (can’t be used to qualify for) at least 6 to 12 months, so these people are sort of out of luck for a gap in time, post-divorce.”

If you rent your home, you can ask your landlord to report your positive payments to a credit bureau. That can help you establish credit as well, Griffin says.

It can take several months or longer to establish enough credit to generate a credit score. It’s generally easier to start from 0 than to repair credit that has been trashed.

Once you’ve established credit, do whatever you can to nurture, build and protect it.

“Manage that credit card like it’s gold,” Rogoszinski says. “Don’t take on balances you can’t pay because the interest alone could spiral you into a pit you don’t want to be in. When you get the bill, review every entry (looking for) identity theft and fraud. Keep your receipts and make sure the receipts match the statement. And always, always, always, always make the payment on time.”