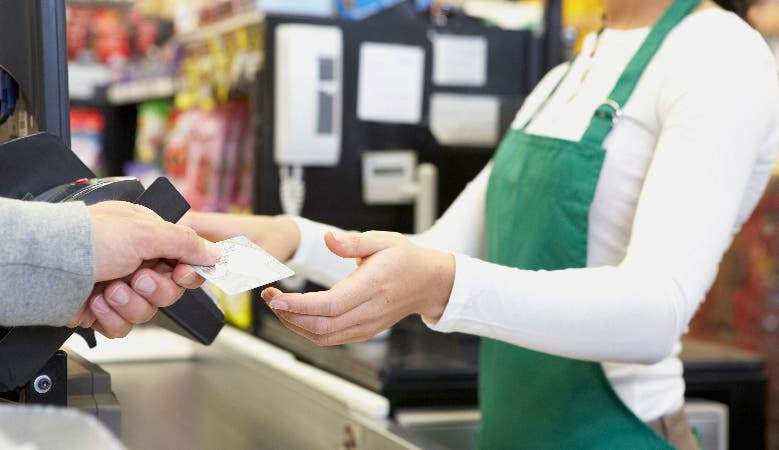 In the past, you may have been asked to sign up for a store credit card to save an extra percentage on your purchase, whether it was in line at the checkout or through promotional material in the mail.

A retail card, or store credit card, earns you rewards on purchases made at whichever store is associated with the card. On the flip side, a rewards credit card isn’t associated with a specific retailer and gets you a flat-rate on every purchase or a specific percentage within different categories.

Retail credit cards can be separated into two categories: private-label and co-branded. A private-label card is tied to a specific store, such as Kroger, and only rewards you for purchases made at that store.

Co-branded retail cards are similar, yet also offer a category to earn rewards outside of the store.

Is a retail card worth it?

Retail credit cards are ideal for exceptionally brand-loyal spenders but can restrict you with high interest rates, added fees and selective redemption options.

The opportunity to earn rewards with a retail card can be especially limited if it’s a private-label card, as you can only earn rewards by purchasing at the store. But even co-branded cards offer less-than-stellar rewards on outside purchases.

With the card, you’re only earning 1X points on spending unrelated to Harris Teeter. That means filling up your gas tank, going out to eat, buying a plane ticket and shopping for clothing online only earns you 1X points.

Further, the card limits your earning potential within the Harris Teeter store. In order to receive 3X points back on your purchases, you need to buy Harris Teeter-branded products, specifically. If you were to buy Tide laundry detergent from a Harris Teeter, that purchase would only earn you 2X points.

Compared to the rewards structure of a flat-rate card that can earn you a higher percentage on every single purchase, like the Capital One® Quicksilver® Cash Rewards Credit Card (which gets you an unlimited 1.5 percent cash back on every purchase), the Harris Teeter co-branded card provides little wiggle room.

If you’re more interested in earning within a grocery-specific spending category, the Blue Cash Preferred® Card from American Express earns you 6 percent cash back at U.S. supermarkets on up to $6,000 in purchases per year (1 percent after that) and also rewards you for purchases on select U.S. streaming services, transit, U.S. gas stations and all other spending.

In addition to the limitations on where you can earn rewards with a retail credit card, there may be restrictions on how you can redeem your rewards.

The Fred Meyer Rewards® World Mastercard®, for example, only allows you to redeem rewards at Fred Meyer stores. Rewards certificates for this card are issued and mailed out four times a year, compared to rewards cards that allow you to redeem your points whenever you want, so long as you have sufficient funds.

Many times, there’s also an expiration date on the rewards you earn with a retail card. Points earned with the Fred Meyer card expire after 36 months, whereas the Blue Cash Preferred’s rewards have no expiration date.

Retail cards are well-known for charging high interest rates. In fact, store-only credit card interest rates have increased to an average of 27.52 percent, according to a 2019 CreditCards.com survey.

When a retail card makes sense

While there are plenty of not-so-great aspects of retail credit cards, there are some instances when applying for one isn’t such a bad idea.

First and foremost, should you be a loyal shopper of a specific grocery store and are mainly interested in earning and redeeming rewards with the grocery store, then go for it. These cards can also be a good option for those with bad credit, as many don’t require stellar scores to qualify.

If possible, apply for a co-branded retail card rather than a private-label. This gives you more flexibility when it comes to earning rewards on spending outside of the grocery store.

Whether or not a grocery store-branded card is right for you depends on your brand loyalty, reward-earning preferences and credit score. If you’re interested in exploring other options, you can learn more about rewards credit cards with grocery store and supermarket categories by reading Bankrate’s list of the best cards for groceries in 2019.