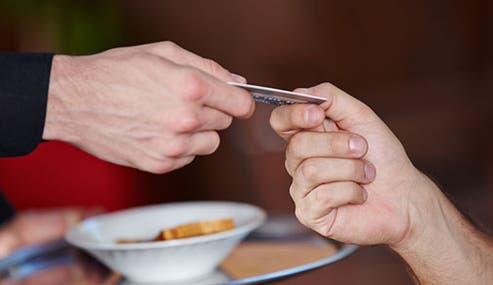 Your card was declined, but why?

What are five words you never want to hear from a waiter?

“Your credit card was declined.”

It happens all the time for a variety of reasons. You may be over your credit limit. Your credit score may have dropped, or the credit card company may suspect that the card is being used fraudulently.

And it gets worse from there. That sliver of plastic in your wallet may now be worthless — at least temporarily — yet those card bills just keep coming.

But, you have rights. A slew of consumer protections, including the 4-year-old Credit Card Accountability Responsibility and Disclosure Act, require issuers to treat you with respect, even if you’re not their favorite customer anymore.

Here are five things to consider if your credit card has been declined. 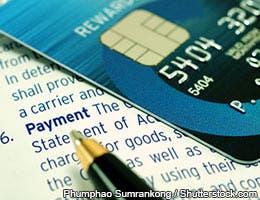 Your charging privileges may be gone. But you still have time to pay off your balance.

Federal law gives the card issuer a couple of options. It can double your minimum payments or give you five years to pay off the balance, whichever will take less time, says Chi Chi Wu, staff attorney with the National Consumer Law Center.

Whatever choice your issuer makes, it’s important to send your payments on time. Your credit score depends on it.

Anthony Sprauve, a spokesman for myFICO.com, a division of credit-scoring firm FICO, says your credit score won’t decline simply because an account has been closed. It only considers whether you’re paying on time.

And “if you’re making your payments on time, that’s going to help your score,” Sprauve says.

The issuer can still charge interest 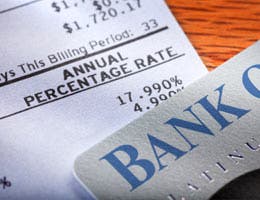 Ah, the card is gone, but that annual percentage rate lives on.

The issuer can continue to charge interest on the balance. However, it can’t hike your interest rate while you’re paying it off, Wu says.

According to the CARD Act, the issuer can only raise your APR if it’s a variable-rate card, if your introductory rate has expired, or if your payment is late by 60 days or more.

One way to avoid interest rate increases is to set up automatic bill payments. You can use an online calculator, such as Bankrate’s credit card payoff calculator, to figure out how much you can pay every month, and then you can commit to pay that much automatically.

If it’s ‘your fault,’ they have to tell you why 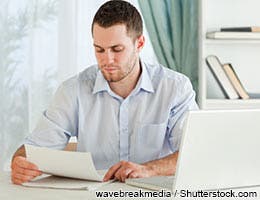 If a card company cuts you off because it doesn’t like the way you’ve been using credit (a drop in score, late payments, etc.) it must tell you.

Unfortunately, they’re not required to give you advanced notice. So it’s entirely possible you could try to use the card — and be denied — before you find out you don’t have a credit line anymore.

If the move was based on your credit score, the issuer must also give you the exact score (or scores) used in making that decision, says John Ulzheimer, president of consumer education for SmartCredit.com.

Issuers can also cut you off for reasons that aren’t based on your credit, he says. If you’re not using the card (or not using it enough), the issuer may feel it’s not worth the cost associated with keeping your account open.

The issuer also may cut you off because it’s eliminating your type of card, or changing how it extends credit. In both cases, the issuer doesn’t have to tell you that you’ve been cut off, Ulzheimer says.

It could lower your score 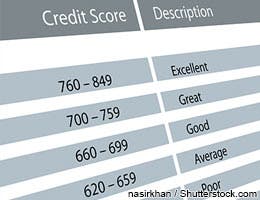 Theoretically, if you carry a balance, losing a large credit line on a credit card could lower your score.

The reason: Almost a third of your FICO score looks at how much credit you have compared with how much you use each month (in credit-speak, this is your “utilization ratio”). The higher your ratio, the worse it is for your score.

So if you suddenly have less credit and the same amount of debt, your ratio goes up.

If the credit line is small (like many retailer cards), and you have other credit cards, it probably won’t have that much of an impact, Ulzheimer says.

And if it was a charge card, it may not change your score at all. That’s because charge cards require the bill to be paid in full every month, and many charge cards don’t report utilization ratios.

Even if the card was a credit card, the impact might not be as bad as you fear. Based on a couple of FICO studies completed in the past few years, the overall effect, on average, “ended up being relatively small — about 5 percent,” Sprauve says. 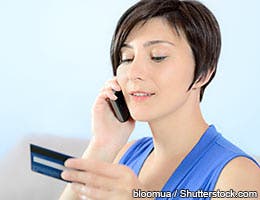 It’s possible the move was a mistake, based on erroneous information.

It’s also possible that it’s not, but you could explain the situation well enough to get all or part of your credit line restored, says David Jones, president of the Association of Independent Consumer Credit Counseling Agencies.

For example, say you normally shop at pricey department stores. But suddenly you switch to buying everything at discount stores. As a result, the issuer may conclude that you have money trouble. If you learn that’s the case, then it might help to notify your credit card issuer that you’ve simply changed your taste in stores, Jones says.

On the other hand, if your financial situation has taken a bad turn, or you’ve been running up balances and paying minimums or paying late, “there is probably zero chance that someone is going to talk them into getting it back,” he says.