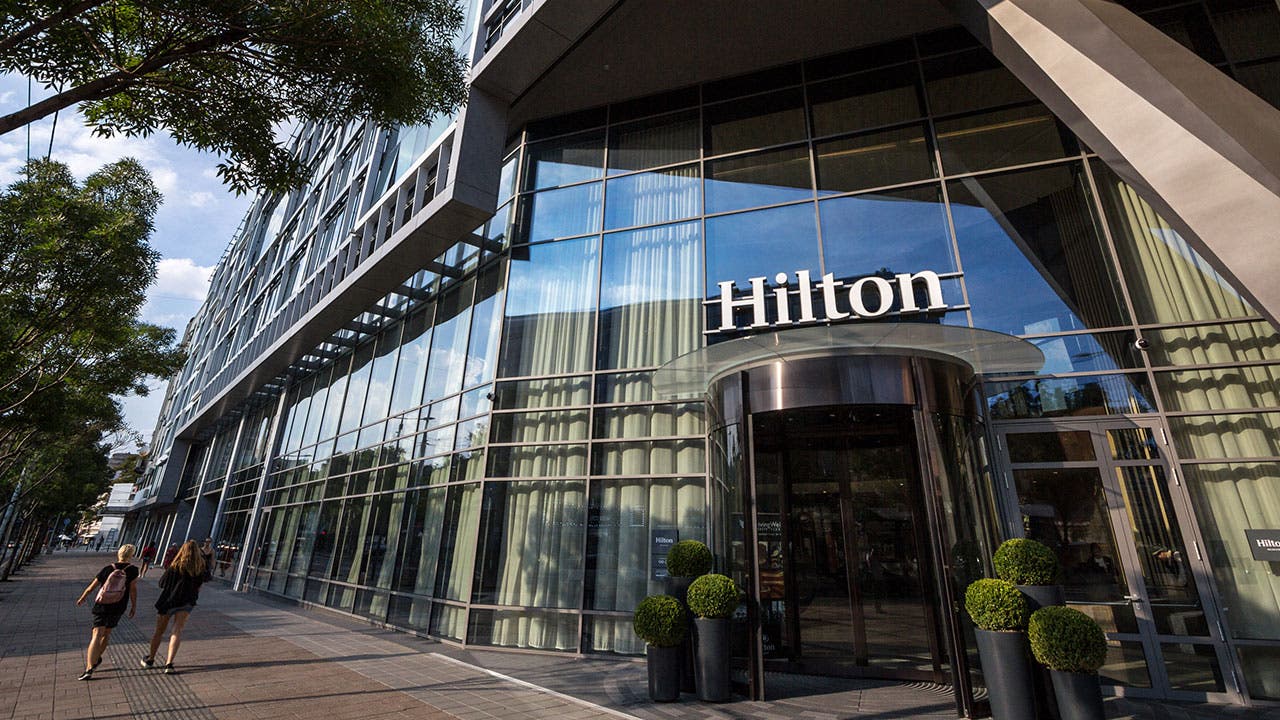 Marriott’s data breach and its recent rebrand are prompting more consumers to switch to Hilton. Is that a smart financial move?

If you’ve been thinking about bidding bon voyage to the new Marriott Bonvoy loyalty program, you’re not alone. More and more consumers are signing up with the popular Hilton Honors program, and although it isn’t clear how many of them are coming directly from Marriott, we know that some travelers are starting to sour on the brand.

But switching hotel loyalty programs shouldn’t just be an emotional decision. You should also consider which program offers the best rewards, especially if you’re using a hotel rewards card to maximize your points and perks.

We’ve got a side-by-side comparison of the Bonvoy and Hilton rewards programs, as well as a brief overview of why many travelers are switching loyalties.

Why frequent travelers are moving from Marriott to Hilton

In November 2018, Marriott International announced that hackers had gained access to the personal information of up to 500 million consumers. While consumers were advised to freeze and monitor their credit accounts, some of those consumers also asked themselves whether they should continue booking reservations at Marriott International properties, which include not only Marriott hotels but also Ritz-Carlton hotels and hotels under the Starwood brand (Sheraton Hotels & Resorts, St. Regis, W Hotels, Westin Hotels & Resorts and more).

Unfortunately, the Bonvoy launch, which included a brand-new commercial that premiered during the Oscars, did not go over well with some consumers. Various tweets and articles questioned the rebrand or shared variations of “stop trying to make Bonvoy happen.”

Meanwhile, Hilton had an announcement of its own. As Hilton CFO Kevin Jacobs told The Points Guy, Hilton Honors membership increased by 20% in 2018—that’s over 14 million new memberships—due in part to frequent travelers who were “shifting their loyalty.”

Should you shift your loyalty as well? Before you do, let’s take a closer look at the numbers.

Bonvoy vs. Honors, by the numbers

Bonvoy: 29 participating brands (Marriott, The Ritz-Carlton, Sheraton, Westin and more) at over 6,700 locations in 130 countries.

Advantage: Bonvoy—though in both cases you’re likely to find a rewards hotel at your preferred price tier nearly everywhere you plan to travel.

These cards are too new to have been included in Bankrate’s latest rankings, but since the Bonvoy Boundless is also a $95 annual fee credit card, let’s compare it and the Hilton Honors Surpass card side-by-side:

However, the fact that you’ll earn more points per dollar with the Hilton Honors American Express Surpass Card doesn’t mean much unless you compare the value of a Honors point vs. a Bonvoy point—so let’s run one more set of numbers.

Honors: According to The Points Guy’s March 2019 valuations, one Hilton Honors point is worth 0.6 cents.

Bonvoy: According to The Points Guy’s March 2019 valuations, one Bonvoy point is worth 0.9 cents.

Advantage: Hard to say. Even though a Bonvoy point is currently worth more than an Honors point, you can earn a larger total point value with the Hilton Honors Surpass Card than with the comparable Marriott Bonvoy Boundless Card. However, the Bonvoy Boundless limited-time welcome offer, which exceeds the Hilton offer by $120, might make the card more attractive to Marriott fans.

Does this mean it’s time to switch from Marriott to Hilton? It’s up to you—but now you have both the background and the numbers required to make a financially smart decision.

Want to read up on how to take advantage of these points programs and others? Check out our latest guides.

The information about the Marriott Bonvoy Boundless Credit Card from Chase has been collected independently by Bankrate.com. The card details have not been reviewed or approved by the card issuer.