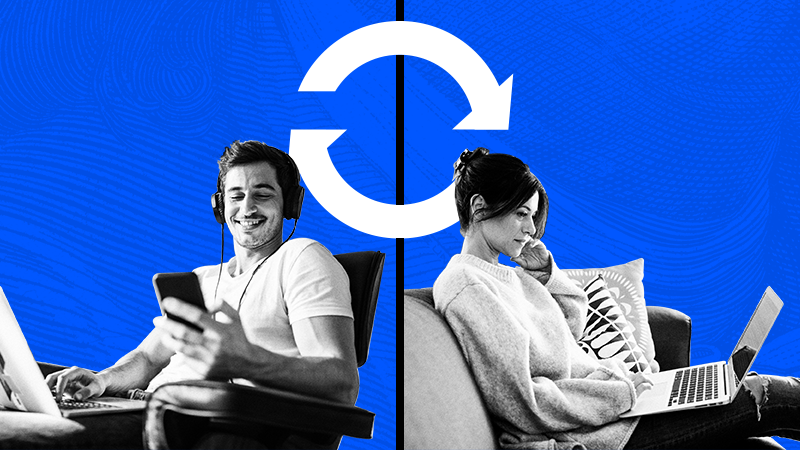 Streaming old favorites and new releases alike has become an important part of Americans’ everyday lives over the past decade.

But each additional subscription, whether video, music or another form of entertainment, comes with added cost, meaning it’s increasingly necessary for consumers to get selective about which services fit their budgets.

And as many Americans face a new reality of more time spent at home practicing social distance amid concerns over the coronavirus pandemic, these at-home entertainment negotiations may be even more impactful on consumers’ wallets.

According to the latest survey from Bankrate, one solution some are using to fight against rising streaming costs is sharing access to subscription-only content via account information and passwords.

Who is sharing accounts?

Younger Americans, including Generation Z (66 percent) and millennials (64 percent), are those most likely to have used someone else’s subscription service, while just 34 percent of Generation Xers and 26 percent of baby boomers admit to doing so.

Among all adults who use someone else’s subscriber content, the most common people they borrow from are friends (29 percent), significant others (29 percent), parents (28 percent) and siblings (26 percent).

Less common borrowers included parents using their child’s accounts (19 percent), people borrowing from ex-significant others after the relationship ended (9 percent), those using account information from someone they don’t know (9 percent) or someone else (8 percent).

Ted Rossman, industry analyst at Bankrate, suggests that many users may take part in “planned sharing” practices from the time they first subscribe to a service. For example, a group of roommates may manage one shared Netflix account or siblings may pool funds for an Apple Music plan.

This is an easy way to save money on your favorite streaming services, and one that, it seems, more services are catching onto and even making easier for people. For example, Spotify offers a family plan of six Premium accounts for family members under one roof for $14.99 monthly and Netflix offers different plans that let you stream up to two to four devices at the same time.

Generally with these plans, one person is responsible for paying the bill each month as a primary account holder, but each member will receive their own accounts with curated preferences and titles.

This may be more practical than sharing traditional accounts, wherein one member may be booted out of a video stream by another account holder or streaming could automatically stop when two devices are logged in simultaneously.

How much money does sharing save?

According to the survey, borrowers believe they’re saving an average of $513 annually by using others’ subscription account information.

Many are willing to share their own accounts, too

Not only do survey respondents admit to using someone else’s subscription account information themselves, but many have also lent their own account info to others.

And though they’re the most likely borrowers, the youngest Americans are also the most willing to share: 77 percent of Gen Zers and 74 percent of millennials have lent their subscriptions, compared to just 52 percent of Gen Xers and 35 percent of baby boomers.

Save on subscriptions with smart credit card rewards

Beyond sharing account information, you can save on streaming services by making your monthly payments with a credit card that offers rewards toward your subscriptions.

“Streaming services are a growing credit card rewards category,” Rossman says. “Issuers view this as a way to combat card churning and the sign-up bonus arms race. Recurring charges, such as monthly subscriptions, are sticky, especially since many are paid via autopay.”

Often, subscription services are just one of the categories in which you can earn rewards with these types of cards.

Rossman offers the Blue Cash Preferred® Card from American Express as an example of generous rewards for streaming: it offers 6 percent cash back on select U.S. streaming services.

The streaming category, though, is supplemented by more rewards on everyday spending, such as 6 percent rewards at U.S. supermarkets up to $6,000 each year (1 percent thereafter), 3 percent back on transit purchases and at U.S. gas stations and 1 percent on all other purchases for a $95 annual fee.

The Wells Fargo Propel card, similarly, includes popular streaming services in its highest rewards category, alongside dining, travel, rideshare, transit and gas station purchases, at 3X points per dollar spent. You’ll also earn 1 point per dollar on everything else, for no annual fee.

“The figures represent solid savings on money many households would have spent anyway,” Rossman says.

Each of these cards’ rewards are more structured towards long-term savings rather than big upfront bonuses. You can continue to benefit from these everyday rewards categories over time no matter how subscriptions are divided in your household or which new streaming services enter the market.

Bankrate.com commissioned YouGov Plc to conduct the survey. All figures, unless otherwise stated, are from YouGov Plc. Total sample size was 2,606 adults, including 1,902 who have a subscriber-only account. Fieldwork was undertaken February 12-14, 2020. The survey was carried out online and meets rigorous quality standards. It employed a non-probability-based sample using both quotas upfront during collection and then a weighting scheme on the back end designed and proven to provide nationally representative results.