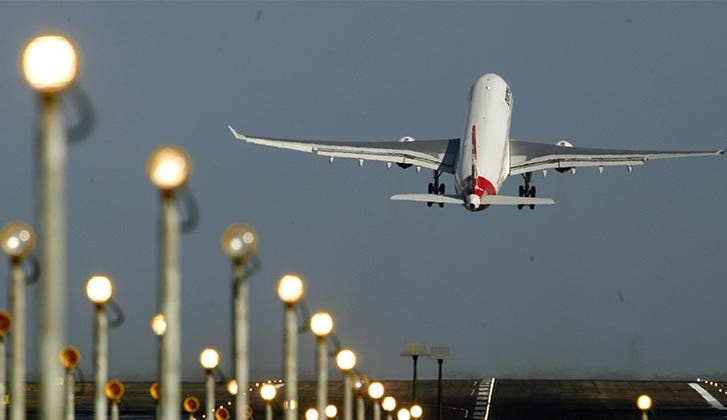 Picture credit card interest rates as a jumbo jet sitting on a runway. The pilot is the Federal Reserve. Among other things, she controls how fast your plane ascends.

The Fed once again has signaled it’s in no rush to take off, but now isn’t the time for you to nod off to the in-flight magazine.

In late 2015, the Consumer Financial Protection Bureau expressed concern about how cardholders will react once rates increase, and — surprise — rates start going up on existing debt. A bureau examination of the credit card market suggested that consumers “will be exposed to significant cost increases on their existing balances” when rates rise.

The analysis found that someone with $15,000 in credit card debt could face about $150 in additional finance charges each year if rates increase by 1 percentage point.

The good news: It could take a year or longer for rates to climb that high, which means you have some time to work on paying down debt.

What’s holding up the increase?

A weak jobs report for May and uncertainty over Britain’s place in the European Union gave the Fed pause over when to increase a key short-term interest rate, according to minutes released Wednesday of the June meeting of Fed policymakers. That meeting occurred before the so-called Brexit vote.

During that meeting, most members of the Federal Open Market Committee agreed the federal funds rate “would rise gradually in coming years. However, some noted that their forecasts were now consistent with a shallower path than they had expected at the time of the March meeting.”

The federal funds rate impacts the rate you pay on variable interest credit cards. The higher it goes, the more you pay to finance debt. The Fed’s reluctance to raise rates means your flight has been delayed, but for how long nobody knows.

A major shift in the economy either way could change when and how quickly rates rise.

“I suspect when interest rates start to go up, it’s going to be a slow and gradual increase,” says Gerri Detweiler, a credit expert and head of market education for Nav, a San Mateo, California-based company that helps entrepreneurs manage their business credit.

Now is the time to get “very honest about your debt,” Detweiler says. If you can’t retire your credit card debt within 3 years, you should consider reaching out to a credit counseling agency for help.

Here’s what paying down debt over 36 months might look like, assuming your credit card interest rate remains unchanged.

Best buckle in now before that plane gets too high.