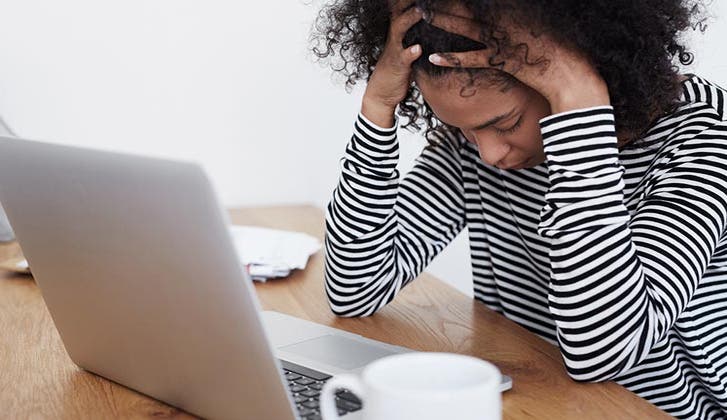 If you’re on the verge of a major purchase like a home or car, be cautious when signing up for a new checking account. Some banks and credit unions vet new customers by pulling a report from a major credit bureau, which could temporarily shave a few points off your credit score — and trigger questions from lenders.

But if you don’t have a previous relationship with that bank, you can expect it to do some checking up on you before letting you open an account, says John Ulzheimer, a credit expert who has worked for FICO and Equifax.

Banks typically look to agencies like ChexSystems, TeleCheck or Early Warning Services, which collect reports on people who have their checking accounts closed because of unpaid overdrafts or bounced checks. Because these aren’t credit bureaus, inquiries there don’t affect your credit score, Ulzheimer says.

Infrequently, though, some banks run inquiries with credit reporting agencies such as TransUnion, Experian or Equifax, and those inquiries are typically incorporated into your credit report, which could potentially lower your credit score, he says.

“The trend is not to inquire with a credit bureau,” says Nessa Feddis, senior vice president at the American Bankers Association.”I’m sure there are some that do it, but it’s not usual today.”

While it’s not the norm for financial institutions to do a so-called “hard pull” for checking, it’s not unheard of either. Bankrate found some large institutions — including BBVA Compass, BB&T and American Airlines Federal Credit Union — all perform hard credit inquiries on new checking account customers.

Could be a costly mistake

While a few points may not seem like a big deal, and it usually isn’t, even a slight drop in your credit score could have a big impact if it happens at a particularly inopportune time, such as when you’re in the process of getting a mortgage, auto loan or other large loan product.

“In the most severe scenario, you may lower your credit score to the point where you may be paying a higher interest rate,” Ulzheimer says. “In the absolute worst-case scenario, if you’re already a marginal borrower, you may put yourself in a position where the score went down just enough where you can’t be approved for that particular loan product.”

If you are in the process of getting a mortgage, your mortgage broker or lender may question the resulting inquiry. In that case, they’ll probably want an explanation, Ulzheimer says.

“If it did result in a hard inquiry and the mortgage broker is looking at your credit reports, they’re going to want you to explain your inquiry,” Ulzheimer says. “And you’re going to have to sign some sort of documentation verifying that you didn’t take on any more debt.”

For consumers who are concerned about it, the safest thing to do might be to simply wait to open the account until “you close and get the keys to the house,” Ulzheimer says.

Check your credit score for free today with myBankrate.

Banks are perfectly within their legal rights to pull a credit report when you apply for a checking account, says Chi Chi Wu, staff attorney at the National Consumer Law Center.

Under the Fair Credit Reporting Act, credit or employment are both considered a “permissible purpose” for obtaining a credit report, Wu says. “Opening a checking account would probably be considered a ‘permissible purpose’ — there’s a category for a legitimate business need for a transaction initiated by the consumer.”

Banks often disclose that they plan to pull a credit report on your application, but under the law, “they don’t necessarily have to tell the consumer ahead of time,” Wu says.

Still, it’s likely that making contact with the bank and asking a few simple questions will get you all the information you need, Ulzheimer says.

RATE SEARCH: Find the best checking account for you by searching Bankrate.com.

Why banks do it

It may be relatively rare, but why would any bank pull a credit report for a checking account, which most people don’t think of as a credit product? It’s all about risk, Ulzheimer says.

Most accounts incorporate “courtesy” overdraft protection, which covers purchases you don’t have the cash in your account for, with the understanding that you’ll pay for it later on (plus a $35 fee, of course). And in fact, check-writing, one of the most basic properties of a checking account, does present some risk for banks, Ulzheimer says.

“The reality is that banks and credit unions lose money when you write bad checks that cost them money and time to track you down and attempt to collect those debts.”