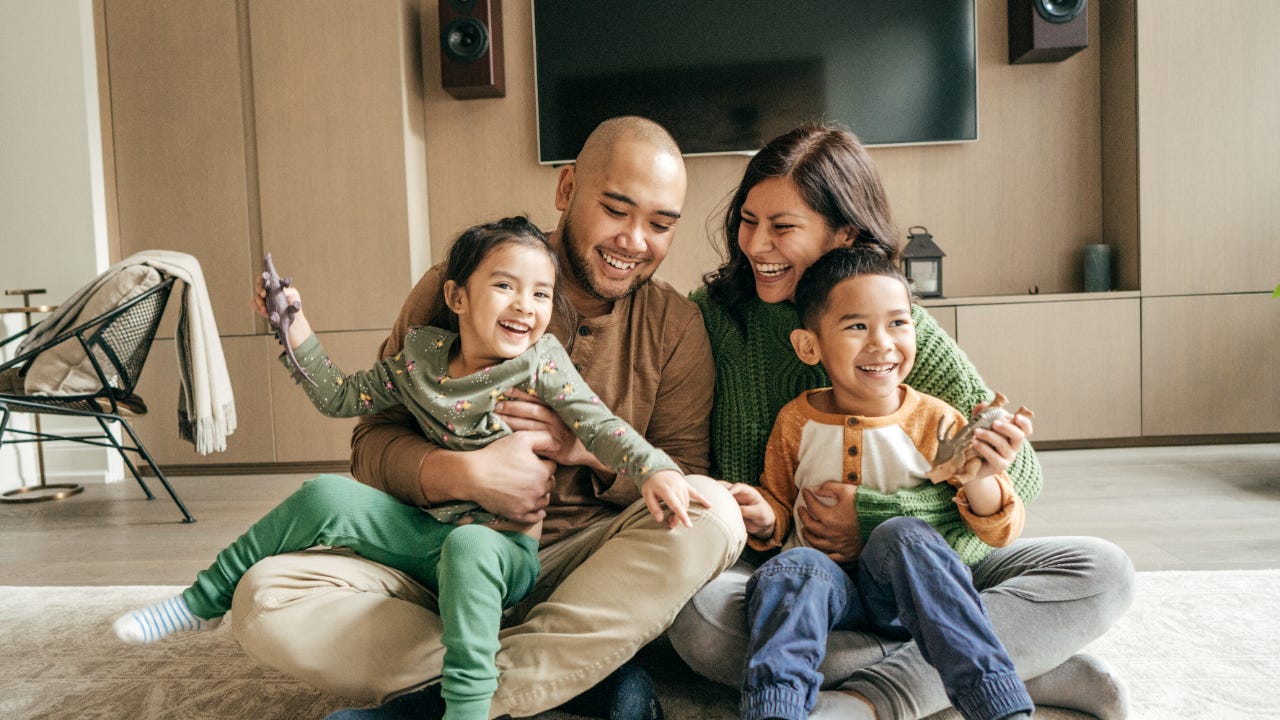 If you’re in more credit card debt than you can handle, you might feel like you’re out of options. But there is a way out. Many people are able to successfully pay off their credit card debts in full, whether they consolidate debts onto balance transfer credit cards, create a budget that allows them to prioritize debt repayment or use popular debt payoff techniques, like the snowball method or the avalanche method.

Tana Williams, a digital marketer who blogs about her financial journey at Debt Free Forties, worked with her husband to pay off $26,619 of debt in just 17 months—$3,251 of which was credit card debt. The two of them used a combination of budgeting, side-hustling, expense-cutting and payment strategizing to get their credit card, car loan and student loan debt down to zero. But it took them a few tries before they were able to successfully commit to the debt repayment process.

“Consistency is a personal struggle for me on all levels—so even though we were driven and I had the skill set to make decent money with a side gig, we still found ourselves straying off the debt repayment path,” Williams said. “We’d tackle a massive debt and then wander off and start a costly house project. We were doomed to repeat the cycle several times until it finally clicked for good in January 2017.”

How did Williams and her husband get into five figures of debt—and how did they get out of it? We asked Williams to share her story and offer advice for anyone else who might be in a similar situation.

“My husband and I acquired our debt like so many others,” Williams explained. “It started with the classic combo of credit cards in college and student loans.”

After taking on a car loan, a mortgage and dealing with the hospital bills associated with the birth of two children, Williams and her husband fell into the all-too-common habit of putting more day-to-day expenses on credit than they could afford to pay off—and this habit continued, month after month. “While we didn’t purchase anything extravagant or outrageous, we still spent more than we earned every month, leading us into a nice pile of debt.”

In addition to buying more than they could afford, Williams and her husband found themselves faced with a few emergency expenses that quickly added to their credit card balances. “Once, we had storm damage to our roof when my husband was laid off for a couple of months and had to use a credit card to cover the deductible. We also used a credit card to pay off a hefty tax bill, which, in hindsight, was a hot mess—especially after they tacked on a significant credit card processing fee. I highly recommend finding another way to take care of tax bills!”

How did the Williams family end up in so much debt—and why did they prioritize discretionary spending over important financial goals like building an emergency fund? Like many people, they wanted to live a life that was slightly beyond their means. “I think we both just assumed that was the quality of life our parents lived,” Williams said, “so that’s what we expected our lives to be like as well.”

Create a budget—and then create a plan

“Budgeting was a big part of our debt repayment story,” Williams explained. After she and her husband made a home budget and began tracking their spending, they were able to see where their money was really going every month—and then they made a plan that prioritized debt repayment over other types of discretionary expenses.

“Once we started budgeting—and not just recording what we spent after the fact—we could see where our money leaks were,” Williams said. “We got rid of cable, switched to pay-as-you-go mobile plans and trimmed our entertainment budget massively. We asked for discounts from every place we could, including our daycare services, and began to shop at discount grocery stores.”

Use 0% intro APR cards to save money on interest charges

Many people use zero-interest promotional offers to save money on credit card interest charges—but even the best 0 percent intro APR cards only work if you pay off your balance in full before the promotional interest rate ends.

“We made sure that any debt at 0 percent for a set amount of time was paid off the month before that final payment was due,” Williams explained. “If we owed $2,000 on a 0 percent credit card, and we had seven months before the interest hit, we’d aim to pay it off in six months and pay $333.33 a month.”

Once Williams and her husband had paid off all of their 0 percent intro APR cards, they avoided opening any new zero-interest promotional accounts, including balance transfer credit cards. “We knew our weak points, and getting new cards at 0 percent interest seemed too easy to backslide.” While Williams might have been able to save money on interest charges by taking out new credit cards with 0 percent intro APR offers, she and her husband decided to focus on paying off their existing credit accounts first.

Use a tried-and-true debt repayment strategy

“We used a combination of tactics to knock out our debt,” Williams told us. “I picked up freelance web development and started a blog, and my husband worked extra hours when he could. We also sold things around the house, moved to a lower cost of living area and used the snowball method.”

As you pay off each debt in turn, the amount of money you can afford to put toward your next debt snowballs—and as each debt payment becomes larger, you start to pay off your debts more quickly.

A common alternative is the avalanche method, which requires that you focus on paying off the debt with the highest interest rate while making minimum payments on all the others.

One way Williams avoided taking on new debt as she paid off her credit cards was by making it more difficult to make purchases on credit.

“We did things like locking our credit cards away,” Williams explained. “We also removed our credit card information from Amazon and other websites we frequented to make it harder to accrue more debt mindlessly.”

Now that Williams and her husband are free of credit card debt, they’ve gone back to using credit on a regular basis—but they only make purchases they can afford to pay off in full. Williams also times her credit card payments to keep her credit utilization low and take advantage of her credit card’s interest-saving grace period.

“We do have a couple of credit cards, and we charge things on them monthly,” Williams said. “However, we pay them off every two weeks to avoid any interest or fees. It’s easier to keep an eye on them and make sure that they’re not creeping up and getting out of control again because you’re reviewing them more regularly.”

Be consistent—and find a way to stay motivated

What advice does Williams have for people who are looking to pay off their own credit card debt? “Be consistent! While your debt payoff story will have its ups and downs, what makes it work is you continuing to plow through those setbacks. A great book called ‘The Compound Effect’ by Darren Hardy helped me realize that it’s about doing a little bit of something every day to hit your goal. It isn’t the rush out the gate that’ll get you to the finish; it’s consistently doing one or two steps every day, which adds up over time to get you to the end.”

Since debt repayment is often more of a marathon than a sprint, it’s a good idea to find a way to stay motivated—even during setbacks. Williams suggests connecting with other people who are also trying to get out of credit card debt, and sharing your struggles and successes as you work toward your goal.

“Find support and motivation to help you keep going, whether it’s books, blogs, podcasts, friends or a Facebook group. Being surrounded by like-minded folks with similar goals makes a world of difference!”