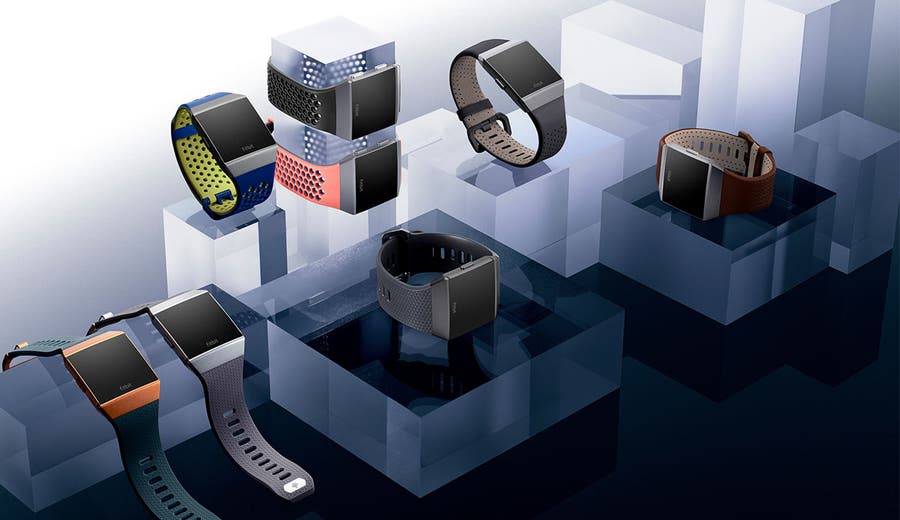 Fitbit will join the ranks of Apple and Samsung, offering the ability to make mobile payments on its first true smartwatch.

The Fitbit Ionic, which will cost $300 when it launches in October, will include its own contactless payment platform: Fitbit Pay. New users initially will be able to load eligible American Express, Mastercard and Visa debit and credit cards. They’ll also be able to make payments using the popular Starbucks app.

The announcement comes at a time when both smartwatch and anytime, anywhere purchasing demand is increasing. A report from market research firm Canalys said that 28.5 million smartwatch units will be shipped in 2017, 18 percent more than last year.

If you’re considering a smartwatch, functionality should be as important as price. With the three major companies already on board, Ionic may eventually be able to mount a challenge against rivals Apple Pay and Samsung Pay, which allow users to load debit and credit cards from hundreds of banks onto watches using their software. Initially, though, Mastercard and Visa functionality will only be available through a handful of issuers like Bank of America, Capital One and U.S. Bank.

How contactless payments will work

Connecting an American Express or Visa card to the touchscreen-enabled Fitbit Ionic can be done in a few easy steps. After the watch is paired to a phone, computer, or tablet, users must simply navigate to the Fitbit Wallet app and follow the instructions to add a card. A four-digit pin is used to authenticate purchases, but Matt Sueoka, vice president of digital partnerships at American Express, warns that Ionic users should treat the watch like they would cash or a wallet.

“Keep your device and 4-digit PIN code secure in the same manner as you would keep secure your cash, checks, credit cards, and other personal identification numbers and passwords,” Sueoka said.

For runners, cyclists, and outdoor enthusiasts, the convenience of leaving a wallet or bulky cash at home is a serious benefit. This hybrid fitness and smartwatch gives users more options so people don’t have to choose between tracking their miles and swiping their wrists to buy a post-workout smoothie.

With the Ionic, users can take off for a long hike or run and grab a bottle of water or food by just holding the watch near a payment terminal until the watch vibrates. Other robust fitness watches, like Garmin, are yet to integrate contactless payment options.

You’ll still get a good workout

Longtime fans of Fitbit watches will still recognize their favorite digital workout companion as Ionic incorporates Fitbit’s most popular features, including the four-plus day battery life, automatic activity and sleep tracking and cross-platform compatibility. But you’ll also get new, beefed-up companion features for performance and flexibility, like enhanced health tracking and a swim exercise mode that shows real-time laps, duration, and calories burned. The watch is water resistant up to 50 meters.

And, of course, there’s the ability to make payments on the go.

In all, this is a compelling smartwatch for people who want all the biometric bells and whistles, while also being able to swipe their way to a delicious meal, instead of carrying credit cards with them on their adventures.