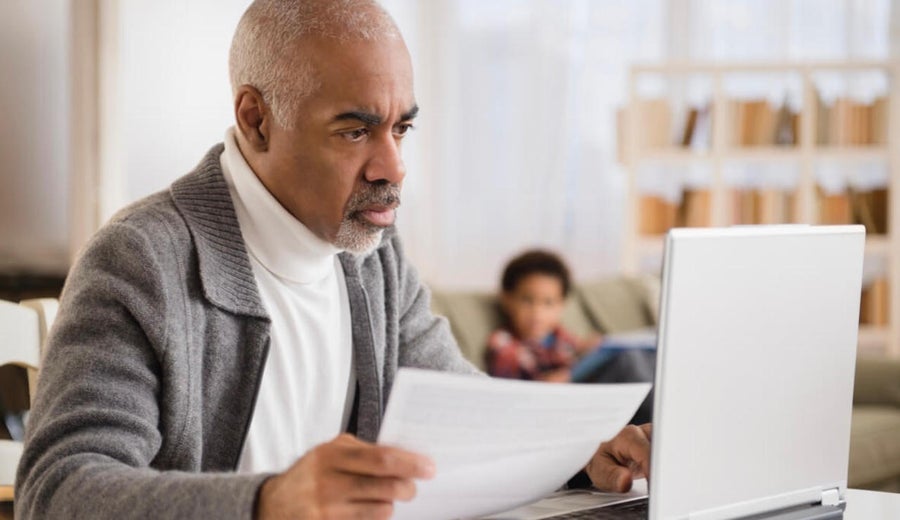 A reader named Brendan recently emailed me with a question about debt settlement. He explained that he’s struggling with credit card debt, juggling balances on about 10 cards and only paying a little more than the monthly minimums (roughly $1,000, in total). He’s especially concerned because one of his card issuers recently decreased his credit limit from $12,000 to $2,000, which is the amount he currently owes. That increased his overall credit utilization ratio from 45 percent to 60 percent and dropped his credit score to 650.

Brendan says he makes approximately $65,000 per year and doesn’t have much savings. The part of his email that concerned me the most was when he wrote that he’s strongly considering maxing out a couple additional cards to buy Visa gift cards. He’s worried about additional credit limit cuts, so he says he might use the credit while he still has it, and then he could either live off the Visa gift cards for a while or sell them. He’s also thinking about settling his debts for less than he owes, which he acknowledges will have a major negative effect on his credit score.

Brendan’s message began, “Thought I would drop a line before doing something drastic with my credit over here…”

Running up additional balances with Visa gift cards is an especially bad idea. That could have legal consequences—it sounds a lot like money laundering—and run afoul of Brendan’s credit card terms and conditions. It would also expose him to additional interest on purchases that he doesn’t have to make right now.

I often hear from people who seem to view debt settlement as a magic wand. They’re probably enamored with those TV ads that promise to settle your credit card debt for pennies on the dollar. Debt settlement companies frequently tell clients to stop paying their bills for a while and then try to use that as leverage to negotiate a settlement. But there are several problems with the approach:

Even after hearing all of this, some people still persist. I guess the siren song of getting out of debt right now for next to nothing is too strong. They also might say their credit is already poor, so they don’t have anything to lose. Or they don’t plan on applying for credit anytime soon.

For legal, credit and ethical reasons, I view debt settlement as close to the last resort. It’s not as bad as bankruptcy. This reinforces why credit card rates are so high (the national average is about 16 percent), especially compared with secured debts like mortgages and car loans. While credit card issuers have some options to recoup funds from delinquent borrowers—such as dinging your credit score, suing you in court and garnishing your wages—credit card debt is often the easiest debt to discharge in bankruptcy. That still doesn’t mean skipping out on it is a good idea.

I urged Brendan to find a way to pay back everything he owes, even if it takes some time. He owes about $17,000. For context, the Federal Reserve says 45 percent of U.S. households are in credit card debt. The average amount is $6,300 and the median is $2,700.

They typically involve lower interest rates and a single monthly payment. Participants are often required to close the affected credit cards, which speaks to the behavioral modifications that should be incorporated into a successful debt payoff strategy. I know that can be tough to hear, and I don’t want to shame anyone for their credit card debt, but it’s critical to make some changes moving forward.

Sometimes people get into credit card debt because of an unexpected event, like a medical bill, a home repair or a car problem. While these can be serious, they might be easier to resolve because they’re isolated. These kinds of emergency expenses were the main explanation given by 35 percent of credit card debtors surveyed by our sister site CreditCards.com.

If you’re in credit card debt because your monthly expenses routinely outpace your income, as 26 percent of the survey respondents indicated, this is a more systemic issue that you need to address. That will probably mean upping your income (e.g., taking on a side hustle or finding a higher paying job) or lowering your expenses (finding less expensive housing, selling a car, etc.). It may sound easier said than done, but any extra money you can funnel towards your credit card debt makes a big difference.

You could also ask your card issuers for lower interest rates or shop around for a low-rate personal loan or balance transfer credit card. But these approaches have all gotten more difficult as lenders fret about job security and the economy following the coronavirus pandemic. I think they’ll get easier once the situation improves, but for now, this is why nonprofit credit counseling tops my list of tips for someone buckling under the weight of their credit card debt.