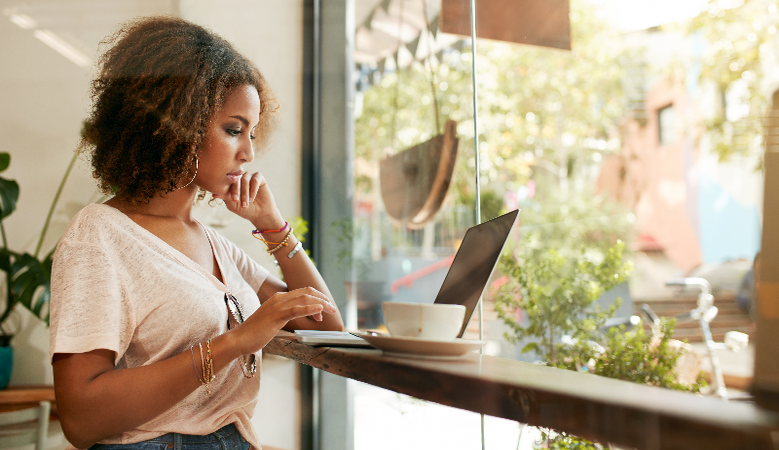 After searching for the perfect credit card to fit your spending habits and submitting an application with confidence, a rejection notice from your would-be issuer is probably the last thing you’d wish to find in your mailbox.

A recent survey from Bankrate found that credit cards were the most common financial products that Americans are denied based on credit score. Over a quarter (28 percent) of Americans have been denied a credit card because of their credit score.

Since your credit score, as a unit of measuring creditworthiness, is a strong factor in determining credit approvals, it makes sense that individuals with lower credit scores will also receive a higher number of credit denials.

But credit card applicants in some states feel the sting more often than others.

According to the survey, Americans in the South, at 32 percent, were most likely to receive credit card denials, compared to those in the Northeast (27 percent), Midwest (26 percent) and West (26 percent).

While location alone is not a factor in determining creditworthiness, a number of factors that are influenced by one’s location may contribute to higher denials in some regions across the country compared to others. And it’s important to know what issuers do look for in a candidate so you can better prepare your applications for approval, regardless of your location.

Factors that do impact your approvals

There are several factors that credit issuers generally use to determine whether your risk level aligns with the risk they’re willing to take on, which can be found either on your application directly or on a hard inquiry into your credit.

While none of these are influenced directly by your location, these location-based trends tend to align similarly with credit card approvals. Here are a few examples:

As a measure of your ability to borrow money and pay it back, your credit score is one of the best tools issuers have to determine your creditworthiness and, therefore, the strength of your credit application.

According to the most recent State of Credit report released this year by Experian, credit score averages by region are largely in line with Bankrate’s findings related to credit card approvals.

Using VantageScore as a measure, Experian found that the states with the highest average scores are in the Midwest and Northeast. These include states like Minnesota (713 average score), South Dakota (707) and Vermont (705). On the other end of the spectrum, Mississippi (with an average score of 652), Louisiana (653) and Georgia (659) made up a few of the lowest averages.

Your credit utilization ratio, or the amount of credit you are using in comparison to your available credit, makes up 30 percent of your FICO Score and can be a telling sign for future credit issuers.

According to the same State of Credit report, the states with the lowest utilization rates are focused in the Midwest. These include Iowa, Minnesota, North Dakota, Nebraska and Wisconsin.

On the other hand, Southern states like Arkansas, Mississippi, Louisiana, and Georgia rounded out the list with the highest utilization rates.

“There’s more than a 10 percentage point difference in our latest survey between Minnesota, which has the highest average scores, and Mississippi with the lowest average scores,” says Rod Griffin, director of consumer education and awareness at Experian. “So people are using more of their available credit on their credit cards, which is a strong sign of risk.”

And the riskier your application appears to a potential credit card issuer, the lower your chances of approval.

Debt-to-income ratio is another important factor in your credit application. This is another way issuers can measure your success in handling credit and the likelihood of you repaying your debts.

According to data from the Federal Reserve, household debt-to-income ratio is one factor for which there’s not much disparity by region. The states with the highest percentages of debt compared to income levels are Hawaii, Maryland and Virginia, while the lowest percentages are found in the District of Columbia, New York and North Dakota.

Just because a number of factors that go into an issuers decision to approve or deny your credit card application correlate across region, that doesn’t mean that every American in that region has difficulty accessing credit. In other words, averages don’t necessarily paint the full picture.

But there are a number of socioeconomic factors that differ by region and can help explain why approvals are higher in some states and regions than in others.

Research by the Federal Reserve Board of Governors in 2017 found that, even though it cannot be and is not evaluated by credit agencies to assign risk, an individual’s socioeconomic background is a strong predictor of credit health. Essentially, while factors like income level, race and gender cannot legally be used to factor your credit score, that doesn’t mean they don’t have an impact.

Research shows that household income is lower and growing more slowly in the South than in other regions, educational attainment is marginally lower and fewer people have health care coverage, all socioeconomic factors which may have a financial impact.

“For some reason, people are using more of their available credit limits in the South than they are in the North,” Griffin says, referring to the State of Credit data. “They’re more reliant on credit cards.”

That may come down to necessity, or there may be cultural differences at play, he speculates.

“If people in the South are more willing to use credit card debt, that could be an issue, and in the North they’re less willing to take on debt relative to their limits. It’s really hard to place a single cause on scores being different.”

According to Griffin, another major factor is the limited availability to traditional forms of credit, which may be attributed to those same socioeconomic factors.

“For many people that’s the issue,” he says. “They simply don’t have a long credit history, so they have thin credit profiles and they don’t have access to traditional credit to show that they’re a good risk.”

Experian is working to bridge this divide with its new Experian Boost tool, which allows you to connect your banking data and add utility and phone payment histories to your credit report. You can also self-report your positive financial habits to each of the credit bureaus or use a tool like UltraFICO.

Applying for a secured credit card or becoming an authorized user on someone’s account who you trust to pay their balances on time are other ways to grow your credit history.

Just because you may have been denied for one credit card you applied for (such as a higher-end rewards card), that doesn’t mean you would also be denied for a secured card or credit-builder credit card that has a lower approval threshold. You can use these products to build and improve your credit score, eventually enabling you to get the credit card you wanted.

Ultimately, being in one location over another doesn’t make you a better or worse candidate for credit and there’s no predestined path. Credit card approvals and credit scores are personal and wholly based on your own experience and history, not your ZIP code.

Read more from Bankrate about how you can build your credit score and work on making your next application stronger here.