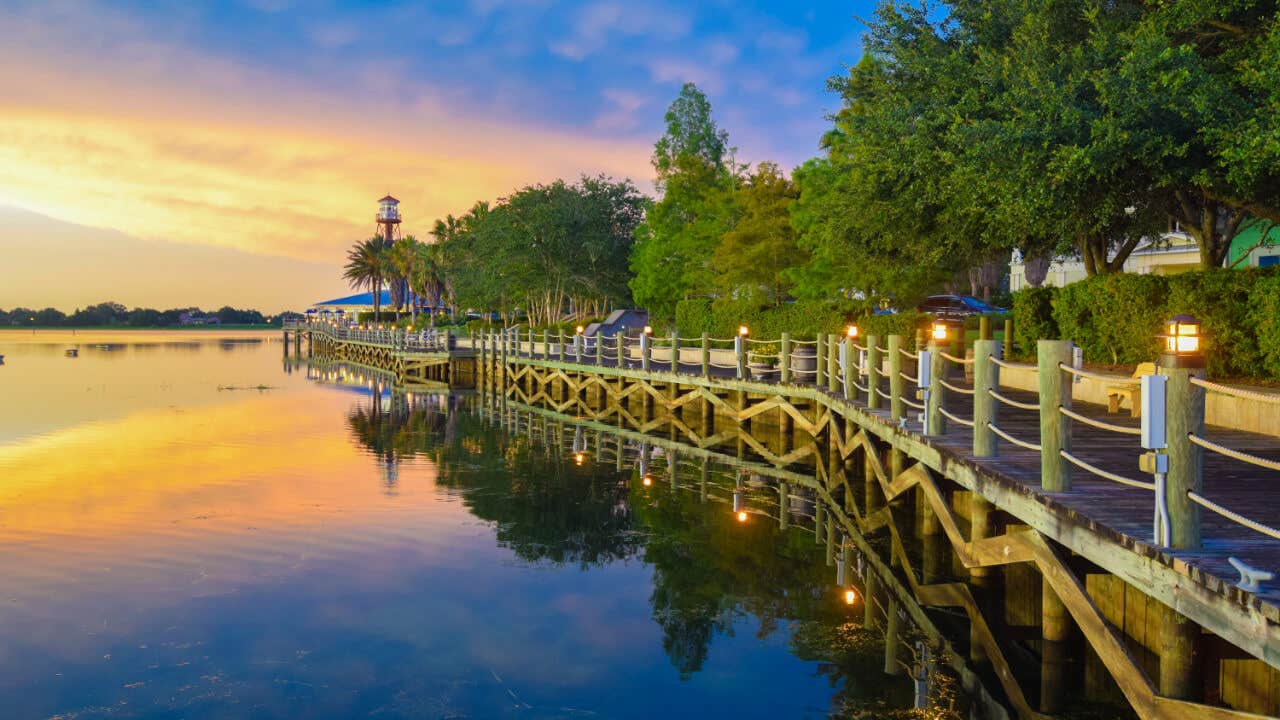 The average American has a 711 credit score, but some cities are home to major overachievers. These high scorers are likely to qualify for the best credit cards on the market due to their exceptional credit management.

Here’s a look at the cities with the 10 highest average FICO credit scores, according to Experian.

10 cities with the highest credit scores

This popular retirement community attracts affluent seniors from all across America. While your net worth isn’t explicitly included in your credit score, having more money does tend to make it easier to practice good fundamentals, such as paying your bills on time and keeping your debts low. Older people also have a built-in advantage, because the FICO formula rewards those with longer credit histories.

This Northern California city’s most famous resident is a company: Apple. Cupertino is loaded with high-tech riches. Its proximity to San Francisco, San Jose and the rest of Silicon Valley is a major selling point. All of that money surely helps its residents keep their credit scores well above the national average. Cupertino’s median annual household income ($171,917) is nearly three times higher than the rest of the country, according to the Census Bureau.

We only need to travel 13 miles up U.S. Highway 101 to reach our third destination. Palo Alto residents have easy access to the same lucrative tech jobs as their neighbors in Cupertino. Palo Alto’s most well-known inhabitant is Stanford University. Career opportunities abound in technology, academia, healthcare and more.

We’ve landed in another wealthy Bay Area suburb. In addition to its proximity to Silicon Valley, San Ramon is the corporate headquarters of Chevron and 24 Hour Fitness. It’s important to note that while wealth can make it easier to build credit, it’s also possible to rack up a lot of debt keeping up with the Joneses and committing other credit sins such as paying late or applying for too much credit all at once. Their high average credit scores indicate that residents of San Ramon, Palo Alto and Cupertino are practicing good credit habits.

The only metropolitan area with a higher median household income than San Francisco is Washington, D.C. That helps explain why Bethesda rates highly on our list. It has a very desirable location just a handful of miles outside the nation’s capital. And if you live in Bethesda, chances are you’re not just wealthy, you’re smart, too. It consistently tops lists of cities with the most college graduates and the most advanced degrees per capita. If Bethesda is any indication, smart folks know how to build credit.

Back to the Bay Area: This family-friendly suburb has America’s sixth-highest average credit score. Walnut Creek boasts a high homeownership rate, which is a good sign of financial stability. And did I mention the lucrative job opportunities in San Francisco and Silicon Valley?

Many Ellicott City residents commute to Washington, D.C., (about 35 miles to its south) or Baltimore (about 15 miles east). It’s another pricey suburb with lots of kids, dogs and parks. While Ellicott City’s median household income is high ($131,534, according to the Census), it’s not as affluent as the six cities ahead of it on the list. Its residents are obviously good at managing their money. And once you hit 760 on the credit score scale, as Ellicott City has, you should get the best terms on all loans and lines of credit. Anything above that is just for bragging rights. The highest tier usually begins somewhere between 740 and 760.

We’re heading to the middle of the country for our last three stops. Maple Grove is—you guessed it—a well-to-do suburb of a major city. In this case it’s Minneapolis, a Midwest gem that’s home to 16 Fortune 500 companies. Dollars stretch a lot further in Minnesota than in coastal states with much higher costs of living. And it’s a stereotype, but the image of the hardworking Midwesterner honoring his or her commitments could also help to explain Maple Grove’s lofty average credit score.

Located 15 miles south of Denver, Highlands Ranch has experienced a growth boom in recent years. That includes its population, economic activity and home prices. The largest sectors of the region’s diverse economy include technology, healthcare, energy, telecom and aerospace.

With a median household income just shy of six figures, Arlington Heights is proof that you don’t need tremendous wealth to have very good credit. It’s about how well you manage your money, not how much money you have.

If you have excellent credit like the average residents of these cities, you’re a highly desirable customer. Use our free CardMatch tool to compare the best travel and cash back credit cards. With a credit score of 740 or above, you’re a shoo-in for most cards. As long as you’re avoiding credit card debt, these rewards represent free money in exchange for purchases you would have made anyway. And if your credit score needs a little work, don’t fret. Check out our tips for how to improve it.