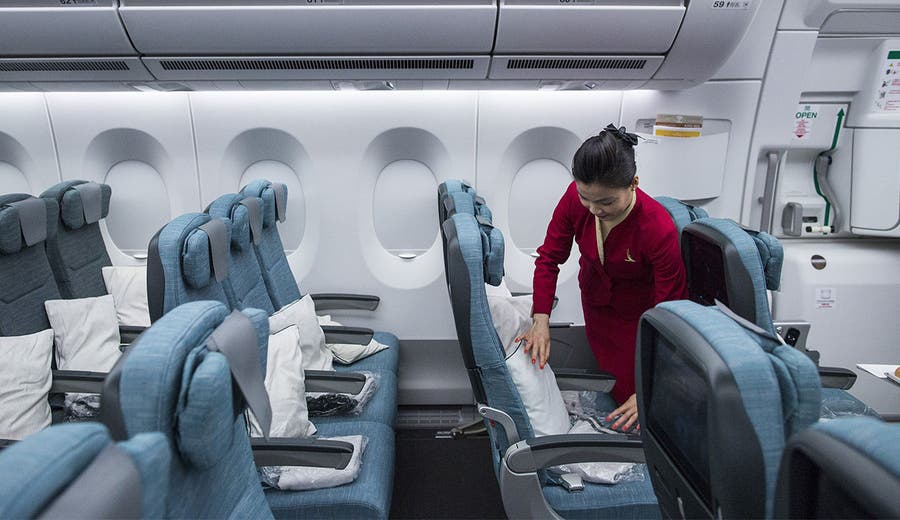 Started shopping for your new living room set or washing machine? Or your new TV, computer or $1,000 iPhone X?

Or that airline ticket you want to buy?

There’s a good chance you’ll make a big purchase like those before the end of the year, according to a Bankrate survey.

To get the best deal, you’ll probably compare prices. Paying with the right credit card should be part of that equation, too. 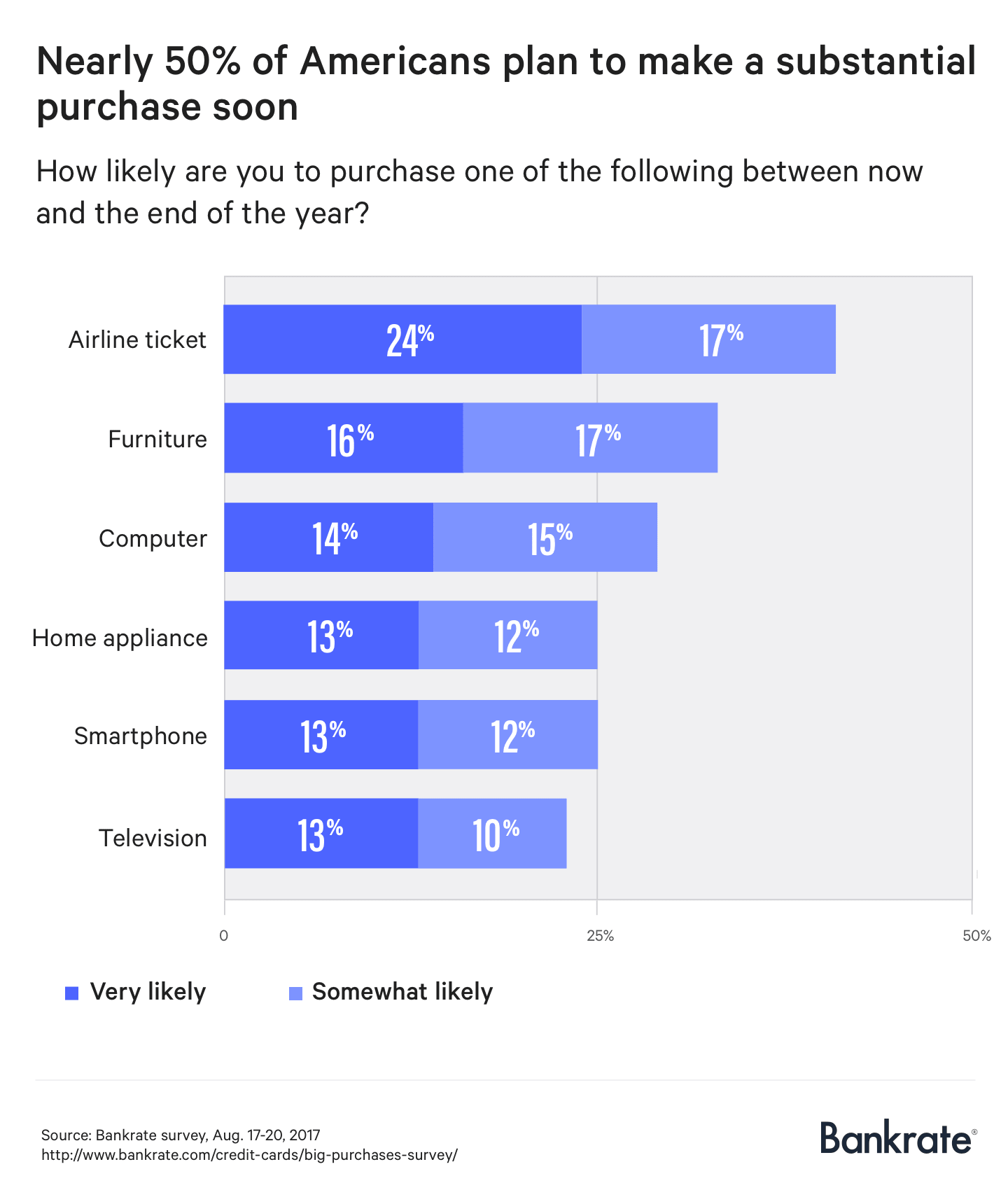 Many will make a big buy

Close to half (49 percent) of Americans tell Bankrate they’re “very likely” to buy furniture, a major appliance, a TV, computer, smartphone or plane ticket during what’s left of 2017. Only 17 percent say they’re “not very likely” to purchase any of those things by year-end.

For many, the big purchases will continue a 2017 shopping spree. Government stats show consumer spending has been surging — and was driving strong growth in the overall economy before hurricanes Harvey and Irma hit. In a sign that consumers have the confidence to take on a major new expense, Bankrate’s Financial Security Index turned in its third highest reading ever in August.

Here are the percentages of people who say they’re very likely to buy each of the high-dollar items on the survey list.

If you’re in any of those groups, you’ll want to know which credit card to use — to put some of your dollars back in your pocket. The strategy depends on the type of item that you’re buying.

Be sure to use a travel rewards credit card, and check your card’s statement to see if you’ve accrued enough rewards points or miles to redeem for a free flight. Plus, know that many of the most popular airline travel cards come with money-saving perks like free checked bags for you and your travel companions, and access to swanky airport lounges.

April Brown, a 27-year-old Las Vegas resident, is planning to make two trips by the end of the year. She has already splurged on a $780 round-trip to Taiwan.

“Prices were lower than I expected,” she says. “I also plan to buy a ticket to fly home to Savannah for Christmas.”

Brown says she got a deal on those flights, too.

Doggedly searching for the lowest fare is an obvious way to save money. Using a rewards card also helps.

Cards that help you save, and budget


Rikki Hommel just made one of the less glamorous big-money purchases in the survey: The 44-year-old from Pittsburgh bought a new washing machine.

“It was out of necessity, not out of want,” she says, explaining that she had to shell out a few hundred dollars to replace her old, broken-down washer.

A straightforward way to save money on appliances, furniture and other major expenses is to use a cash-back rewards card. Many of these cards earn between 1 and 2 percent cash-back on nearly everything you buy, so it’s like getting a discount each time you shop.

And, one strategy that can help you budget for a bigger big-ticket item, like a top-of-the-line iPhone, is to use a credit card with a 0 interest offer so you can pay off the purchase over time without accruing any interest charges. As long as you intend to pay the balance in full before the promotional period expires, it can be a great way to help ease the sting of paying a big bill all at once.

Bankrate’s survey was done by Princeton Survey Research Associates International from August 17-20, 2017. Telephone interviews were conducted with a nationally representative sample of 1,003 adults in the continental U.S.; the interviews were done in English and Spanish over landline phones (502) and cellphones (501). The margin of sampling error is plus or minus 4 percentage points.