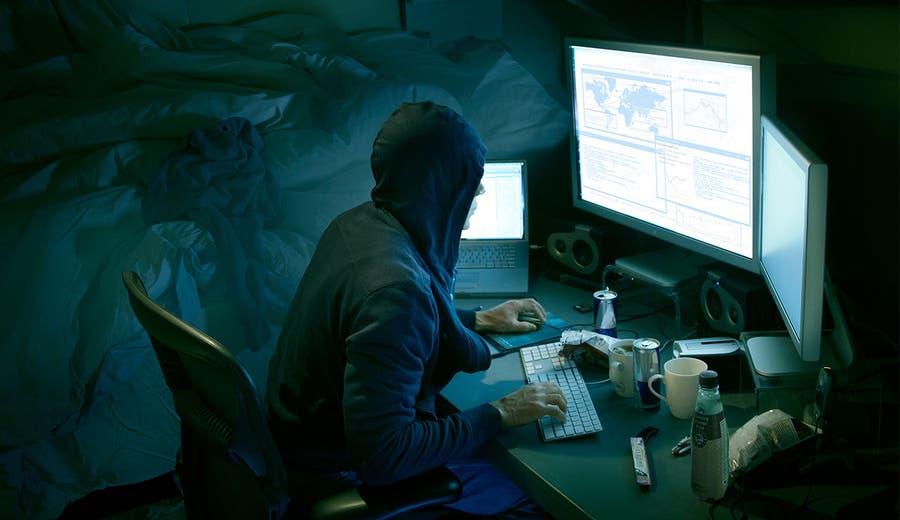 True or false: If your credit score is below 580, identity thieves have no desire to steal your personal information.

If you said “true,” you’ve bought into a myth held by many Americans. According to a May 2017 survey by Experian, 9 percent of consumers believe they aren’t at risk of identity theft because they have bad credit or not enough money. Additionally, 72 percent believe fraudsters are only interested in stealing wealthy people’s identities.

These findings reflect consumers’ misconceptions about identity theft. While the stolen identity of a wealthy or high-credit consumer may be worth more to shady traders on the dark web, people with lower incomes and poor credit are as vulnerable as anyone else.

“It really doesn’t make any difference what socioeconomic class you’re from,” said Michael Bruemmer, vice president of identity protection at Experian. “It only requires someone’s Social Security number to begin the process of creating a synthetic identity.”

Born with a target on your back

Your Social Security number alone can be used to obtain fraudulent identity cards, bank and utility accounts and even some payday loans, whether you have bad credit or none at all. Even newborn babies aren’t safe from identity theft, since they can be issued Social Security numbers within days or weeks of being born.

Bruemmer said there are many cases in which an identity thief first opens a cellphone account using only a stolen Social Security number, then uses the established cellphone account to apply for credit. Once a thief opens a utility or credit account in your name, there’s a good chance he won’t pay the bills. Although utilities in many states are barred by law from reporting negative consumer data, an unpaid electricity bill could eventually show up on your credit report as a collection item.

Meanwhile, an unpaid balance on a fraudulent credit card or loan can send an already low credit score into the gutter. Many payday loans can be obtained without a credit check. And once a thief obtains a high-interest loan using your personal information, you’re left with a ballooning debt you may not even know exists until a bill collector comes calling.

“Just because your credit score or lack of credit is not useful to you … the thief doesn’t care,” said Eva Velasquez, president and CEO of the Identity Theft Resource Center. “The thief can still get high interest loans. They don’t care that it’s at 22 percent interest — they’ve got their couple of thousand dollars. That’s valuable to them.”

Don’t be afraid of bad news

It’s not unusual for a consumer with a low credit score to avoid checking his credit report out of shame or denial. But Velasquez noted that complacency affects consumers all over the credit score spectrum.

“There certainly are folks who are vigilant and take a lot of pride in checking and maintaining their credit score, but they’re a small segment of the population,” she said. “It’s not something you really see until you need it.”

However, it’s best to check your credit report at least once per month, whether it contains good news or bad news. If you discover a fraudulent account, there are steps you can take right away to clear it from your credit report. The longer the account remains open, the more damage a thief can do.

“Any thief would prefer to steal from someone who’s not paying attention, whether that means leaving their doors unlocked, the keys in the ignition, or, in this case, not routinely checking their credit report,” said Martin Lynch, director of education at Cambridge Credit Counseling. “Lack of attention makes it more likely that the thief won’t be detected for a while, which gives them enough time to open accounts and make use of them.”

Identity theft is difficult to prevent altogether. But minimizing your risk can give you peace of mind, and that’s a big advantage if you’re working to improve your credit score.

10 ways to protect yourself from identity theft

No matter what your financial situation, it’s important to be vigilant and take steps to protect your personally identifiable information. Here are 10 steps you can take to minimize the risk of identity theft: