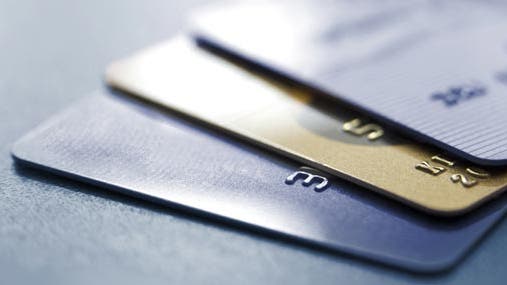 When the Credit Card Accountability, Responsibility and Disclosure Act of 2009 was moving through Congress, many surmised that passage would mean increases in existing fees and the introduction of new fees.

To see what’s happened since many provisions of the law took effect in February, Bankrate.com surveyed the 50 largest credit card issuers and compared the fees on their most basic credit card offerings. In some cases, a platinum card was used where standard or classic cards were not available. In total, we compared 73 cards — 33 of them from credit unions, and 40 from banks. For presentation purposes in the survey results, we narrowed it down to the basic cards offered by these issuers, which came to 47 — 28 from banks and 19 from credit unions. Of the 73 cards surveyed, only 12 cards across credit union and bank issuers had a fixed interest rate.

So far, very few issuers have implemented inactivity or annual fees, two fees people feared would result from the restrictions of the Credit CARD Act. Many of the provisions of the law took effect in February, while guidelines on the reasonableness of penalty fees go into effect in August 2010.

In addition, many issuers we surveyed don’t charge over-the-limit fees, which are restricted under the CARD Act. Other fees, such as fees for balance transfers and cash advances, haven’t made dramatic increases across the board.

Here are the results of the 2010 Credit Card Fees Study.

None of the credit union cards we looked at charged an inactivity fee, though 13 had closure timetables for nonuse. For example, the Patelco Credit Union Classic card doesn’t charge a fee for nonuse, but requires one to two transactions per year to keep the account open. In some cases, the deadline comes even sooner. With a Redstone Federal Credit Union Classic card, for instance, the account may be considered dormant after just six months of no activity.

Three banks charged an inactivity fee. For example, Fifth Third Bank Platinum Card levies a $19 fee if no transactions were made during the previous year, while First National Bank of Omaha may impose a $29 to $75 fee after just six months of no activity on its platinum card.

Many banks indicated that dormant accounts could be closed after a specified period of time, which ranged from a few months to as much as three years. HSBC Platinum Card is the least tolerant of nonuse: An account may be shuttered after just three to four months of no activity.

Takeaway: The Federal Reserve may issue a final rule that restricts or even bans inactivity fees later this year as part of the CARD Act, but issuers may still close accounts for nonuse. Use cards you don’t want to see closed at least once a quarter.

Five credit cards out of the 73 surveyed charge annual fees. The platinum card from Intrust Bank and US Bank each impose an annual fee only in the case of year-long inactivity. The Boeing Employees Credit Union Classic card charges $25 every year to access the optional rewards program.

Takeaway: Many cards come without an annual fee. Shop around. With fee-based rewards cards, always weigh the value of the rewards against the yearly surcharge.

A fee won’t actually apply unless you give the issuer permission to allow over-the-limit transactions. The CARD Act prevents issuers from charging a fee for going over the limit unless the cardholder has given prior consent.

Twenty credit union cards charge a flat fee regardless of balance or degree of tardiness, ranging from $5 to $30. Some issuers allow extra time for payments to arrive before charging a fee. The $10 late fee on a San Diego County Credit Union Classic card, for instance, won’t apply unless the payment is 10 days or more past due. Pentagon Federal Credit Union Standard card is the only credit union card in our survey to have a tiered fee structure based on account balance.

Twenty-five bank cards had a tiered fee structure tied to the balance. Eleven had a flat fee ranging from $25 to $39. Only Clear from American Express doesn’t assess a late fee, and someone with a First Citizens B&T Classic card wouldn’t face the $29 late fee until the payment is 10 days late.

Takeaway: Late fees can cost as much as $39 for each offense, so make sure to pay on time. Utilize e-mail reminders and pay online to minimize processing time. But be warned, making a payment through customer service may cost you. For example, the Chase Platinum card charges $14.95 to make a payment over the phone on the due date. The CARD Act banned issuers from charging fees on this method of payment, except to expedite a payment through a representative.

Takeaway: Balance transfers often involve fees and low interest rates that expire. Use our balance transfer calculator to estimate the cost of moving debt. Avoid taking cash advances unless emergency strikes, since cash advances usually have no grace period. That means interest will start accruing on the debt immediately.

Both credit unions and banks tend to charge for miscellaneous services, such as providing a copy of a statement or expediting a payment over the phone. Look for fees you expect to face based on your typical experience with credit cards. For example, if you lose your card a lot, watch out for card replacement fees, which run as high as $21 on the cards we surveyed (most cards didn’t charge for this service). The one fee-laden card in our survey, the First PREMIER Bank Centennial Card, even charges for increasing your credit limit. Fifty percent of the limit increase is assessed as a fee.

The survey was conducted by Bankrate market analyst Brooks Kelly between April 1 and April 8.

Read the detailed results of the study to see what fees your card charges.