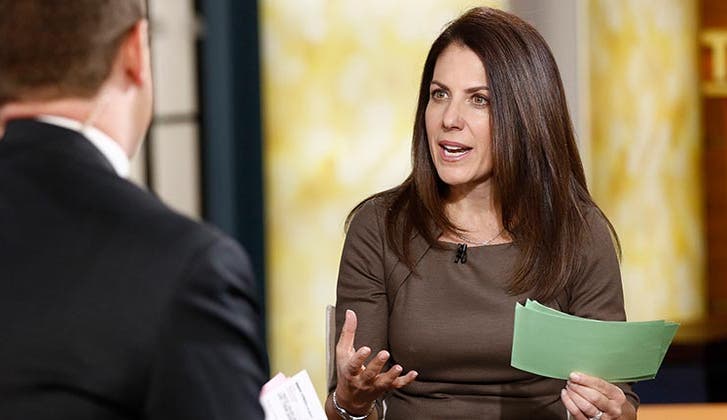 At the beginning of the new year, countless Americans made a resolution to spend less or take other financially responsible actions. By mid-January, though, many had scrapped their resolutions and resigned themselves to old habits, whether that’s spending too much on take-out or failing to set aside money for a down payment.

It doesn’t have to be that way. Changing money habits and sustaining those new ways of doing financial business over the long term can feel daunting, but it’s possible. Here are the creative approaches four people used to rethink their daily spending.

1. Hide your cards to pay down debt.

When Emilie Burke, founder of the blog Burke Does, decided to get her finances in order a year ago in January and pay down her credit card debt, she didn’t want to drop credit cards altogether.

“I did not feel like I had enough of a safety net where I could cut up my credit cards if I needed to fly home suddenly, because a lot of my family is in Brazil,” she says.

Instead, Burke moved her credit cards to a box in the back of her desk drawer, and she deleted her credit cards from all of her online shopping haunts so she can’t do one-click shopping. “I realized that the easier it is to spend, the more I’m going to spend,” she says.

Her new strategy has made her less inclined to shop out of boredom.

“It forces you to think, ‘Do I need this?'” she says. “Do I want this so badly I’m going to get off the couch, take out the box and get the credit card?”

Burke does travel with one rewards credit card, but she doesn’t keep it nearby. “I’ll keep my wallet in the bathroom or in a drawer” in the hotel room, she says.

Burke may someday nix this habit of keeping credit cards out of her reach, but first she wants to curb her spending impulse. “My hope is that I can train myself over time to recognize mindless spending without having to put my credit cards in a box upstairs somewhere,” she adds.

2. Impose a ban on buying anything on sale.

Each year, Jean Chatzky, a mother of two and host of the Her Money podcast, cleans out her closet. But in 2015, her annual closet ritual led to a startling realization.

“Much of the stuff that I was less than thrilled with was stuff that I bought on sale,” she says. Chatzky loves a bargain, so she suspected that in many cases, she’d bought clothing she didn’t really love just because of the price tag.

To test that theory, Chatzky decided to go cold turkey on clothing sales. “I wanted to see if I got more use and enjoyment out of things that I bought that weren’t on sale,” she says.

At the beginning of 2016, Chatzky committed herself to buying clothes only at full retail price.

For a while, she didn’t buy anything. “It was harder for me to buy things at regular price because I like to look for a good deal,” Chatzky says.

“I really had to weigh in my mind whether it was worth it, whether I was going to get the amount of use out of it that would validate paying full price.”

When she did finally start buying clothes again, she wound up purchasing fewer items that were of higher quality, including a couple of dresses that she wears constantly.

Seven months into her experiment, Chatzky ended her sale ban because she needed to buy a bathing suit. “I didn’t see the point of searching around for ones that were not on sale when there were plenty of good ones that were,” she explains.

By that point, she says, she’d also learned not to fall prey to a sale.

“If I like something enough that I know that I’ll really use it, I’ll buy it,” she says. “For things that are full price, I tend to visit them multiple times before I buy them whether I do it online or off.”

Jim Wang, a father of two and founder of the Wallet Hacks blog, used to buy things and then forgot about them.

“It used to be when I’d see a gift, I’d buy it and put it in a closet,” he says. “Or greeting card sales where you can buy five of them. I used to buy them and stockpile.”

Then he’d forget that he’d already bought a gift or a card and wind up wasting money on duplicates.

Now he uses Pinterest to create secret boards with gift ideas for his wife and two kids, so he can brainstorm ideas for birthdays or Valentine’s Day without committing to a purchase months in advance.

“I can go there for ideas and also see things that I thought at some point would be a good idea to get,” he says.

This approach also means he’s not buying gifts for an interest the recipient might not have by the time they get the gift.

“What if my wife is into a hobby and in six months she decides she doesn’t really enjoy it as much?” Wang says. “If she starts running and then gets an injury, you don’t want to give her something running related when she can’t run.”

Plus, Pinterest now has price alerts so you can get notified when the price of something you’ve pinned drops. When Wang does stockpile items, he’ll number them and use them up in order to keep track.

4. Just use cash to rein in your spending.

Los Angeles-based writer Andrea Aldana knows the rules of responsible credit card usage — never use up your available credit, pay your balance on time each month — but she still felt her discretionary spending was out of whack.

“I’m constantly paying my credit card balance down, and then I end up having to use it again,” she says. “It’s been something that’s been on my mind for a long time.”

She’s tried a number of money experiments, and for one week in November, she committed to using only $122 in cash. By the end of the week, she was down to her last $5, but fortunately her employer provided lunch that day.

Aldana says the last $5 in her wallet reminded her to stop spending. “Had I still been using my debit or credit cards, I wouldn’t have thought ‘I’m out of money,'” she says. “I had this moment of ‘I physically can’t spend money anymore.'”

Aldana did cave and use her debit card a couple of times (for instance, at a parking machine), but she says the experience showed her where she could cut back.

“I became very aware of the dumb things I spend my money on: a lot of bagels, a lot of snacks when I’m bored at work and I want something to munch on,” she says.

To reduce the cost of her bagel habit, she brought a pack of bagels and cream cheese from the grocery store and started bringing her lunch more often.

“I’ve been much more cognizant of spending money on snacks and lunches, and because this is an area where I desperately want to improve, I haven’t been buying snacks lately,” she says. “I now know where my money goes and that’s a good place to focus on.”

Do you have a creative way you’re aiming to rein in your spending in the new year? Email me at susan@susan-johnston.com or tweet me at @UrbanMuseWriter.

See related:You did WHAT to pay down debt?, Video: Curb emotional spending in four easy steps, 7 things you never budget for (but you should)