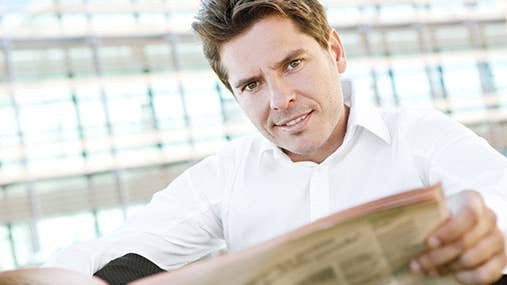 Is it really morning in America, or will the U.S. economy just hit the snooze button again?

For a record fifth month in a row, Bankrate’s Financial Security Index shows Americans are upbeat about the direction of their finances. But they remain concerned about how much they’re saving, and this month’s survey also finds that they’re somewhat wary of stocks and bonds and show a preference for more conservative investments.

Index down, but still positive

For July 2013, the index fell slightly to 102, down from last month’s all-time high of 102.7, but still in optimistic territory, since a reading greater than 100 indicates a positive feeling of financial security.

That’s not surprising considering some of the positive economic data that have been coming out recently, says Jerry Webman, a senior investment officer and chief economist for OppenheimerFunds.

In fact, Americans were feeling bullish on four of the five components of Bankrate’s index, with more people reporting they’re worse off now than those who say they’re better off in only one category: their comfort level with savings. In the previous survey, exactly half of Americans reported having less than three months’ worth of expenses saved.

“It’s just a reflection of the fact that a lot of people are living paycheck to paycheck, and what little emergency savings they have they know just isn’t enough,” says Greg McBride, CFA, senior financial analyst at Bankrate.

The kids are all right

One thing that might surprise Americans inundated with media stories about the misfortune and/or ineptitude of the millennial generation: The majority of respondents between ages 18 and 29 report their overall financial situation is no worse or no better than a year ago, and those who say they’re better off outnumber those who report being worse off 2 to 1. Nineteen percent of millennials report improved job security, versus 13 percent who feel less secure at work.

“It really discards that notion that everybody under age 30 is sitting at home at their parents’, watching daytime TV or playing video games,” McBride says. “That’s just not the case.”

Investing for the apocalypse

Americans’ optimistic view of their finances doesn’t seem to translate to their investment choices.

As part of the monthly index survey, Americans were asked their opinion on the best way to invest money they wouldn’t need for 10 years.

The top answers were cash investments, such as certificates of deposit and savings accounts, and real estate, which, added together, get the thumbs-up from nearly half of Americans. Precious metals were tops for 16 percent, while stocks and bonds, traditionally thought of as the backbone of a well-performing portfolio, lagged behind at 14 percent and 8 percent, respectively.

“That scares me,” says Webman, referring to the craving for cash. “Cash investments right now do not keep pace with the cost of living. If 26 percent of respondents think the best thing they can have their money in is cash, savings accounts and CDs, those people have made a decision to see their purchasing power decline every single day.”

That precious metals would be ahead of stocks in many peoples’ minds also is an indicator of just how jaded Americans are when it comes to investing, he says.

That conservative mindset could create big problems for individuals and the country as a whole, McBride says.

“The unwillingness to accept short-term volatility in the equity market in exchange for higher returns is a huge barrier to wealth building,” he says. “Americans don’t save enough — that’s well-documented. But to compound that problem by hunkering down in conservative investments means there are going to be millions of people that are well short of where they need to be for retirement and their kids’ future education needs.”

While stocks can take investors on a roller-coaster ride over the short term, their ability to produce larger, long-term returns and be easily diversified makes them a better investment for long-term savings needs, McBride says.

Still, it doesn’t take a mind reader to understand why Americans are leery of putting their nest egg in stocks and bonds, says Don Grant, CFP professional and senior investment management specialist at Morgan Stanley.

“Investors, particularly those who have watched their 401(k)s, have been pretty well beaten up in the last decade,” says Grant. “They’re still tremendously gun-shy.”

Unfortunately, that fear can be costly if you miss out on opportunities in the financial markets.

“If your neighbor is talking about the hot stock, it’s probably too late. You’re probably going to catch a little uprise and then it’s going to slide,” Grant says. “That’s where a financial planner or adviser comes in, is being able to keep people diversified.”