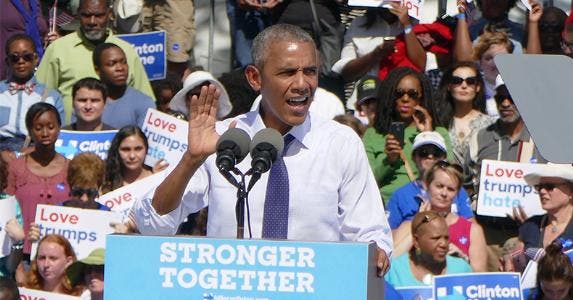 Independent voters are more pessimistic about their personal finances than Republicans or Democrats, according to an analysis of data from Bankrate’s recent Financial Security Index. It provides a potential trouble spot for Hillary Clinton in her battle against Donald Trump.

The FSI survey asks consumers about where they stand on debt, savings, job security and other factors compared with a year ago and converts that into a score, with any score over 100 showing an improvement in their overall finances.

Independent voters, who account for the largest group of respondents in our survey, score a 97, lower than Democrats (103.6) and Republicans (99.4). 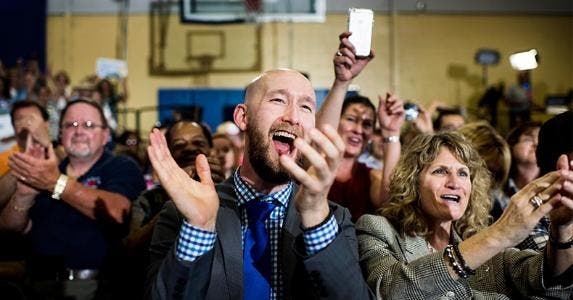 Politics and your financial habits

“It’s hard to know with absolute certainty, but it certainly isn’t good news for Democrats if you’re finding that independents’ own personal finances seem somewhat worse off,” says Gabriel Lenz, an associate professor of political science at the University of California-Berkeley.

A bigger problem for Clinton

Independent voters, overall, have become a weakness for Clinton. Polls have shown the race narrowing in recent weeks, and that has put independents more in focus as a key, and potential swing, voting bloc.

In the latest CBS News/New York Times poll, in a 4-person race with Libertarian Party nominee Gary Johnson and Green Party nominee Jill Stein, Clinton trails Trump, the Republican nominee, 36% to 32% in independent voters. They are tied at 41% with all likely voters. (The margin for error for the poll was +/- 3%).

Voters are likely to see Clinton as something close to an incumbent, Lenz says.

“Hillary Clinton is running very much as an ally” of President Barack Obama, so voters’ feelings about how he’s handled the economy “will influence peoples’ voting for her,” he says, especially since voters tend to hold the party in the White House responsible for economic performance rather than Congress.

And it’s not just Clinton who could be under pressure.

Feelings about the president’s performance tend to filter down the ticket, informing votes on senators and representatives, as well as candidates for state government. So Democrats could suffer more than Republicans from negative perceptions of the economy — even Democrats who aren’t themselves incumbents, like Clinton.

A big issue for voters

The economy will be the biggest issue for voters this presidential cycle.

A July 2016 poll by the Pew Charitable Trusts found that 84% of U.S. voters say the economy is “very important” to their vote in 2016, putting it at the top of the list, above terrorism, foreign policy and health care.”

In this same Bankrate survey, which was conducted Sept. 1-4, 61% of respondents said the presidential election was the greatest threat to the economy. Terrorism, at 12%, was a distant second in the poll.

And there’s a good amount of evidence that voters factor their personal financial ups and downs into their votes, Lenz says.

He believes the biggest concern for voters is, “what do I think you’re going to do to everyone in my community, not just me?” he says.

But Barton also concedes that voters’ own financial situation may play into how they form their answer to that question.

Why undecideds are unenthused about their finances

Lenz theorizes that it’s a lack of engagement among independents that might lead to their pessimistic thoughts toward personal finances.

There’s a lot of evidence to suggest that “most independents — especially the pure independents, the ones who say that they don’t even lean towards one party — that they’re amazingly disconnected from the news and from politics and all that,” Lenz says.

Because of that, it could be “that they haven’t been as exposed to positive news coming out about the economy over the last 2 years, and what they’re remembering is the aftermath of the Great Recession.”