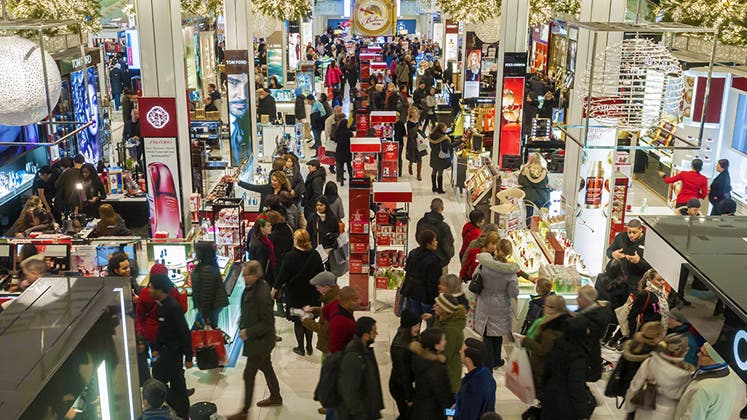 Americans are paying less at the pump, but the savings hasn’t motivated them to open their wallets any wider for the holidays.

More than 4 out of 5 consumers, or 82 percent, say they won’t spend more in the final three months of the year, according to a national poll that accompanied Bankrate’s monthly Financial Security Index. They’ll keep their budgets in check despite a 15 percent year-over-year drop in pump prices and an expectation that the price of gasoline will hold at a five-year low throughout 2015.

More than 4 out of 5 consumers won’t spend more during the holidays despite the recent drop in gasoline prices.

Bankrate’s survey was conducted Dec. 4-7 by Princeton Survey Research Associates International and included answers from 1,001 adults living in the continental U.S. The margin of error is plus or minus 3.6 percentage points.

Only 16 percent of survey respondents report that they will spend more during the holiday shopping season. Five percent cite falling gas prices for allowing them to do so, and the remaining 11 percent say they are spending more, but not because of the gas price drop.

The survey showed that the recent drop in gas prices may have a bigger influence on people of lower income levels. For example, Americans who earn an annual income between $30,000 and $49,900 were more likely than others to report that they will spend more this season because of lower gas prices. On the other hand, higher-income Americans (those earning $75,000 or more per year) were more likely to report that they are spending more for reasons other than saving money at the pump.

During the week of Dec. 1, gas prices fell to an average of $2.86 per gallon, according to the federal Energy Information Administration. That’s 15 percent, or 49 cents, lower than last year’s average for the same time period.

The decline in gas prices translates to a savings of about $149 million per day in gasoline spending, according to a Bankrate analysis of government data. These savings aren’t enough to get consumers to make significant changes in their spending, however.

“Consumers are still uneasy,” McBride says. “Many haven’t had a raise in quite some time. Their savings cushions are insufficient, and any breathing room from the drop in gasoline prices could prove temporary should those prices rebound.”

But lower gas prices are expected to stick around for a while, experts say.

“All signs point to a much, much cheaper year than we’ve seen for gasoline prices since 2009 or 2010,” says Tom Kloza, global head of energy analysis for the Oil Price Information Service.

Why some Americans are spending more

Other reasons people may be spending more this holiday season could be partially attributed to pent-up demand, says Gail Cunningham, a spokeswoman for the National Foundation for Credit Counseling.

“I think that people are probably anxious to begin spending again. I’ve often called it the seven-year itch,” she says, referring to the number of years since the start of the Great Recession.

Gains in the stock market and the overall economy could also play a part, McBride says.

“More people are working, the economy is growing, and people are wealthier, particularly if they own stocks and real estate,” he says. “People feel better about their financial situations even if they have yet to see any notable increases in the paycheck.” 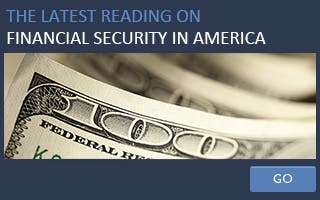 Bankrate’s poll also found that millennials (ages 18-29) were the group most likely to report that they will be spending more this season, at 28 percent. One in 5 of them say they are spending more money for reasons other than the drop in gas prices.

“(Millennials) keep throwing us a curve, don’t they?” says Cunningham. “I hope that these folks have a job and are responsibly paying back their student loan debt, and they’re not letting the emotion of the holiday season carry them away into a financial disaster zone.”

“The data I’ve seen suggest that the number of (young adults) that have driver’s licenses or cars is lower on a percentage basis than we’ve seen in my lifetime,” he says. “There’s this urbanization of America. People are prone to using Zipcar, Uber, public transportation, Lyft and some of these other things, particularly in that (age) bracket.”

Since it can be very easy to impulse shop, work on a game plan for your holiday shopping, says Shannon Hanrahan, a consumer savings expert for coupon database PromotionalCodes.com. 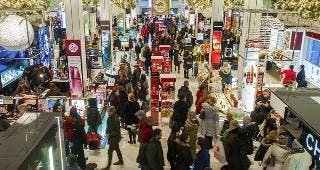 “I really recommend that people make a list and do their research before they either go out to the stores or they spend online,” she says. “We just passed Black Friday and Cyber Monday, so people might think that the best sales are already done, but they’re not. Stores are still offering really amazing deals.”

But before you even think about spending any extra money for the holidays, you should know where you stand financially, Cunningham says.

“If you’re already in an unstable financial position, the last thing in the world you need to be doing is adding new debt on top of old.”

“Map out a budget, and stick to it,” he says. “You don’t want to undo 11 months’ worth of financial progress and end up carrying more debt into 2015.”