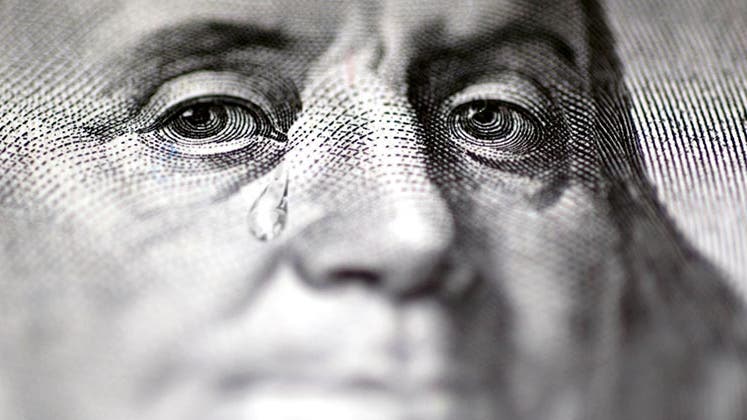 It’s hard to get through life without at least one major financial regret. That’s the conclusion from a new Bankrate nationwide survey that finds only 17% of Americans say they have no money decisions they’d want to take back.

When we asked people to pick their biggest regret from a list of possibilities, “not saving for retirement early enough” was the most popular choice, with 18% of Americans saying that’s their top reason for face-palming over finances.

ADVISER SEARCH: Want to aggressively pick wise investments? Find a financial adviser today to help you do that.

Delaying saving, then wanting a do-over

Patti Wood, a body language expert, trainer and consultant in Atlanta wishes she had started saving earlier — she waited until age 33 — and that she had put more away once she got going.

As with most financial regrets, Wood’s started with a confluence of life events.

“My father passed away while I was in college, so I was supporting myself. I went through 7 years of grad school. I worked multiple jobs, but I had a certain amount of student loan debt,” she says.

Rather than start saving for retirement then, she decided to focus on retiring her debt instead, “I didn’t feel like I had the money to put in retirement,” she explains.

Wood says she now lives frugally to save more, and she motivates herself by thinking of the money she puts away as the property of her future self, rather than her present self (a technique that’s supported by science).

Those in or near retirement are much more likely to bemoan a late start on retirement-saving than younger Americans. More than a quarter of those 65 and older say it’s their biggest regret, versus roughly 16% of younger respondents.

“People are not ready for retirement,” says Eleanor Blayney, a CFP professional and consumer advocate for the CFP Board. “Their retirement plan is that they’re going to continue to work.”

She’s not surprised to see people expressing qualms about their saving history as they get older.

“As you get closer to the line in the sand, shall we say, you may feel unprepared — just because it is a major life change,” Blayney says. “I think retirement comes sooner for people than they ever expected.”

We asked about money regrets as part of our May Financial Security Index survey. The financial security of Americans has jumped this month to the highest level since February 2015 — which is also the 2nd-highest level ever.

Bankrate has been monitoring financial security since December 2010 by tracking how people feel about their job security, debt, savings, net worth and their overall financial situation.

Those who say their overall financial situation is better than it was last year outnumber those who say it’s worse — by nearly 2 to 1. Readings on all 5 components have improved from last month.

However, Americans’ comfort level with their savings is the lone indicator showing deterioration, compared with a year ago.

Another big regret: What emergency savings?

A lack of savings for emergencies is a source of anxiety for many people, making it another top financial regret. Millions of Americans — 13% in our poll — consider not having an emergency fund their biggest money misgiving. That’s the 2nd most popular response overall and a particularly keen concern among young adults and those making less than $30,000 a year.

In her 10 years working in credit counseling, Anissa Schultz, director of education and client services at Credit Advisors Foundation, says many of her clients have seen emergency funds depleted by life events, such as illness.

But she has also spoken to a lot of people, especially millennials, who didn’t even know what an emergency fund was.

They don’t realize that establishing an emergency fund is fundamental.

“I discuss emergency funds with all my clients (if they have one), what they need to do to get one or how to replenish theirs,” Schultz says.

Many Americans’ biggest regret involves a financial decision that most make before their adult lives have barely begun: taking on too much student loan debt.

Michael Sturm pictured during his college years at the University of Northern Illinois.

Michael Sturm, a writer in Rockford, Illinois, says when he was a freshman at the University of Northern Illinois, he didn’t really know what he was signing up for when he borrowed for college.

“You’re out on your own at school and you’re allowed to do this financial transaction that has implications that follow you for 30 years,” Sturm says. “I didn’t know any of that stuff, and my parents didn’t either, because neither of them went to college.”

After leaving graduate school in 2011, Sturm realized he was in over his head.

“I fielded so many collection calls and it was such a big stressor that I finally just had to cave,” and work out a payment plan with the lender, he says.

Things are better now. Sturm got a job that pays well enough that he’s making some progress in paying off his loans.

“I think a lot of people don’t have that chance,” he says.

Money regrets can haunt you

While student loans finish 3rd overall among Americans’ biggest regrets, it’s at the top for younger Americans, with just under a quarter of Americans aged 18 to 29 citing it as their No. 1 financial source of remorse. And, women list student loan debt as a regret at twice the rate men do.

“Student loans are pretty serious. They don’t go away. They affect your credit,” notes Dylan Ross, a CFP professional and spokesman for Garrett Planning Network in Burlington, New Jersey. “In some cases, it’s gotten to the point that student loans are approaching the size of typical mortgages.”

Ultimately — and no matter what your age — it’s natural to make financial decisions you wish you could change.

“I don’t think anybody bats a thousand on financial planning and financial decisions,” says CFP Board’s Blayney. “I’ve been a financial planner all my adult life and I have regrets.”

FREE CREDIT SCORE: Protect yourself from bad credit by going to myBankrate today, where you can grab your free credit report.

Bankrate’s survey was conducted by Princeton Survey Research Associates International, which obtained the data via telephone interviews with a nationally representative sample of 1,003 adults living in the continental U.S. Telephone interviews were conducted by landline (503) and cellphone (500, including 326 without a landline phone) in English and Spanish from May 5-8, 2016. Statistical results are weighted to correct known demographic discrepancies. The margin of sampling error is plus or minus 3.6 percentage points.