Bankrate survey: Americans’ concerns about interest rates on the rise 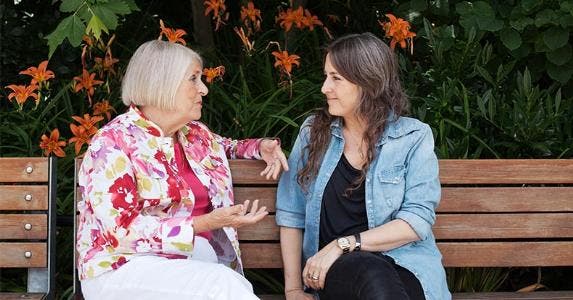 The inflation rate has been inching upward. The Consumer Price Index rose 2.1 percent in 2016, just slightly above the 2 percent rate that the Federal Reserve aims for.

“Inflation is at the Fed’s target and with manufacturing and home construction solid, there is every expectation that multiple rate hikes will occur this year,” says Joel Naroff, chief economist for Naroff Economic Advisors.

Lindsey Piegza, chief economist for Stifel Fixed Income, says the Fed will use rising inflation as a reason to raise short-term interest rates. But she’s not going to guess when, because the Fed’s timetable partly depends on federal spending priorities.

“Of course, increased uncertainties from a fiscal standpoint will add at least some sense of hesitancy for participants leery of the timing, size and composition of any future fiscal policy initiatives,” she says.

SEARCH RATES: Make a better home by getting a home equity loan today.

Where the concerns are

You might expect retirees to be more enthusiastic about interest income than other age groups, but that’s not the case. Millennials (8 percent of 18- to 29-year-olds) are about as likely to say they want additional interest income as those ages 50 to 64 (6 percent of them) and those 65 and older (7 percent).

“With the meager savings most Americans have, the prospect of higher interest income from rising interest rates is a motivating factor for just 5 percent of households,” McBride says.

Security is down, but positive

Bankrate’s Financial Security Index, or FSI, asks Americans about how their savings, job security and other financial factors are now compared with last year. It gives a numerical expression of Americans’ level of financial security. Anything over a threshold of 100 indicates that respondents feel that they’re better off than they were a year ago.

The index slid from 104.3 in December to 101 in January — lower, but still a level that indicates improved financial security over the past year.

Respondents’ comfort with the debt level goes up along with income. The people who are most uncomfortable with their debt are millennials, and the discomfort falls off with age.

The Financial Security Index is based on a national telephone survey made in English and Spanish by Princeton Survey Research Associates International. The survey was conducted Jan. 5-8, 2017, of 1,003 adults living in the continental United States. The survey has a margin of error of plus or minus 3.7 percentage points.