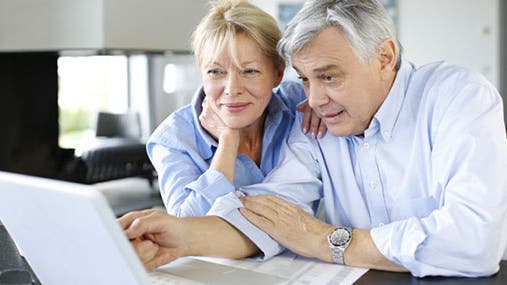 If Americans are worried about their prospects for retirement, you wouldn’t know it from their saving habits.

Bankrate’s monthly Financial Security Index survey asked about retirement saving in 401(k)s and other accounts, and more than half the respondents said they’re putting away the same amount now as they were a year ago. Of those remaining, 18 percent say they’ve increased their rate of retirement saving since then, compared to 17 percent who say they’ve decreased retirement saving.

“Not only are very few people saving more for retirement than they were a year ago, but what’s troubling is that Americans between the ages of 50 and 64 were the most likely to be saving less,” says Greg McBride, CFA, senior financial analyst for Bankrate.com. “That’s troubling in a few respects: They’re the closest to retirement age, and they have the availability of (tax-advantaged) catch-up contributions that can allow them to really pile the money away.”

Not enough for a comfortable retirement

Lest you think Americans are pulling back on saving because they’ve already saved enough, 40 percent of American households near retirement age have no retirement account at all, according to Federal Reserve data released in 2012.

Among the 60 percent in that age group (55-64) who have retirement accounts, the median balance is about $100,000, the Fed said. That may sound substantial, but it’s not enough to allow many people to maintain their standard of living throughout retirement, says Gary Koenig, director of economic security at the AARP Public Policy Institute.

“It’s not even close,” Koenig says. “People underestimate what their needs are going to be when they’re older, (and) underestimate how long they’re going to live. I think they overestimate how much a pot of money that they build up in their 401(k) will translate into in terms of your lifetime income.”

Why we don’t save

There are a number of things that might be pushing retirement savings to the back burner in American households.

After five years of serious economic hardship for many Americans, it’s likely they have trouble finding room to save in their budgets at all, says Henning Bohn, professor of economics at the University of California, Santa Barbara.

“People have to struggle enough to make a living, and so it’s difficult to set aside enough,” Bohn says. “You can imagine someone who’s losing their house is not going to be worried about retirement 10 years down the road. They’re worried about a roof over their head over the next year.

“It stands to reason that people who are unemployed will have a hard time saving. Some people will be tempted to even cash out their retirement funds — their 401(k)s and 403(b)s — in order to survive during unemployment,” he adds.

‘In the back of their mind’

“People have so many demands on their resources today that when they’re looking at the different priorities; something that’s well off in the future they can kind of put off in the back of their mind,” Pfau says. “A lot of people are not accumulating the assets they need to implement the lifestyle they would like in retirement.”

Data collected since the Financial Security Index began in 2010 seem to show older Americans have been hit especially hard by the economy, and that may be a key factor in why they’re lagging on retirement saving, says Bankrate’s McBride.

“They have routinely had the lowest feelings of job security, relative to every other age group, they have low comfort level with their savings and even net worth,” McBride says.

Even for those with the means to save and invest for retirement, making the decision to do so isn’t always a slam-dunk.

For instance, demoralizing hits to the stock market tend to discourage retirement savings, says Frank Stafford, a professor of economics at the University of Michigan in Ann Arbor.

Stafford’s research suggests that after major downturns on Wall Street, the number of Americans who contribute to 401(k) plans drops dramatically.

“You got these very noticeable impacts in participation after the dot-com bubble and then after the 2008 crash,” Stafford says.

Those who don’t stop saving entirely often end up switching into cash or fixed-income investments right before a subsequent recovery in stock prices, he says, hurting their ability to meet retirement needs.

One factor that seems to reduce those effects is education. Americans with lower levels of education tended to experience the biggest capital losses in a downturn, Stafford says.

The potholes in the road to a comfortable retirement are in many ways the product of a painful transition in retirement funding that’s taken place since the 1970s, says Koenig.

Back then, around half of private-sector workers and most public-sector workers had pensions guaranteed for life. When added to Social Security income, it meant a comfortable retirement, even with little private saving on the part of retirees, Koenig says.

Now, thanks to a transition among business from traditional pensions to 401(k)s and laws pushing back the full retirement age and increasing the taxability of Social Security payouts, much of the retirement responsibility is being left to Americans themselves. And thanks to rising health care costs and increasing longevity, that burden is heavier than ever, says Koenig.

“You have all these factors … that are really making it more challenging to maintain your standard of living in retirement,” Koenig says.

Here are some tactics Pfau says could help those who are behind on their retirement saving:

The key thing is to deal with the issue rather than putting it off, says McBride.