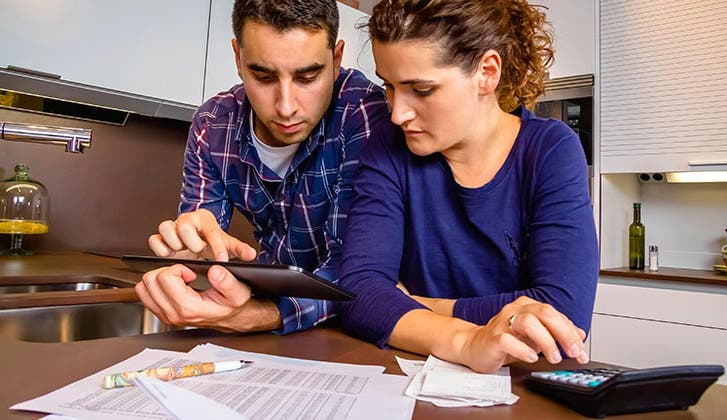 Though people are feeling more positive about their financial prospects overall, many Americans are running just to stay in place. They prefer to keep current on today’s bills or dig out of debt, which comes at the expense of saving for the future, a recent survey of financial priorities from Bankrate shows.

Fewer than 1 in 5 people, 18% of those surveyed, say that saving is their top financial priority. Only slightly more, 21%, are focused on paying down debt, but 38% of Americans say they are just trying to stay current on their bills.

This isn’t a new development. “For the 4th consecutive year, staying current on living expenses or getting caught up on the bills is the runaway winner among Americans’ highest financial priorities,” says Greg McBride, CFA, chief financial analyst at Bankrate.

People having trouble getting their finances in order

Age plays a big role in people’s ability to focus on savings. Though almost 60% of Americans say they are concentrating on paying debt or keeping up with bills, many young people are focusing on saving.

At 29% of those surveyed, people between 18 and 29 were most likely to say saving was a financial priority, while only 17% of those between 30 and 49 say they recently have made saving a priority.

Once people buy houses and have children, it may be harder to save.

“That age is in the household formation stage: sticks, bricks and raising kids. And then the next phase is getting them through college,” says Robert Fragasso, CFP professional, chairman and CEO of Fragasso Financial Advisors in Pittsburgh.

It’s not all bad news, though. Even if they are unable to save much, Americans have deleveraged since the Great Recession.

Many Americans can’t get ahead

The best way to get ahead is by living within your means and establishing an emergency fund. Unless you have a good job, that’s easier said than done. People with college educations and high incomes were more inclined to put saving at the top of their priorities, Bankrate’s survey shows.

“Most of the data backs up other surveys I have seen, to wit that those with more education and higher income tend to be bigger or better savers,” says Nevin Adams, chief of marketing and communications at the American Retirement Association.

To get ahead, you need a good job — or stellar entrepreneurial chops.

“Job skills and education are paramount in determining whether you will tread water with the waves up around your nose for the rest of your life or if you are going to make some headway,” Fragasso says.

If you don’t have skills, you better acquire them before taking a Hawaiian vacation or before you get credit card debt. Invest in yourself,” he says.

Some things aren’t entirely in the hands of individuals. For instance, wage increases have stagnated since the economic downturn in 2008. Simply, household budgets may be staying tight because incomes aren’t going up.

“Wages have not improved, even though the stock market has increased,” says CFP professional Jonathan Duong, CFA, founder and president of Wealth Engineers in Denver.

But there has been an increase in non-cash benefits from companies, according to Duong.

“The mix of total compensation has changed, particularly over the past 5 years. While wages may not be increasing the way people would expect, there is an increase in other types of compensation and benefits. For instance, a company may offer a more lucrative vacation policy,” he says.

Of course, it’s not possible to pay bills with vacation days or health benefits. That may explain why many households still are stuck in first gear despite corporations having largely recovered from the Great Recession.