Q&A with ‘The Simpsons’ Yeardley Smith 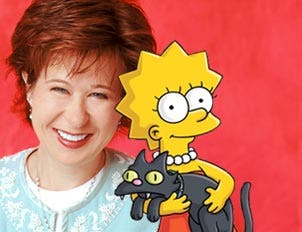 Yeardley Smith is one lucky actress. She was able to start making a living in her chosen (and difficult) field right out of high school, and as the voice of Lisa Simpson on Fox’s “The Simpsons,” she has spent the past 23 years playing a character she absolutely adores. Smith — whose first name is pronounced Yard-ly — spoke to Bankrate about her road to fame and her exciting new endeavor, which is her own shoe line.

How did you make a living before Lisa Simpson came along?

I got a job right out of high school in a theater in Washington, D.C., where I grew up. A year later, I moved to New York and got my first job there when I’d been there for six weeks, understudying Cynthia Nixon on Broadway in Tom Stoppard’s “The Real Thing.” I took the role over after two months. Then I moved to LA, got a pilot, and started doing a lot of episodic TV. It was extraordinary.

When “The Simpsons” hit big, did you splurge on anything crazy?

No. We didn’t come into big money until season nine when (the show’s voice cast) banded together to negotiate with Fox. Then I bought my first car, which was a Honda CR-X that cost $8,000. I’m not much of a splurger. My parents were of the mindset that you never flaunt your wealth, so that’s how I lived. Now, I love clothes, so I’ll buy clothes for myself, and I started a shoe line. That’s been a major investment, but I love it. 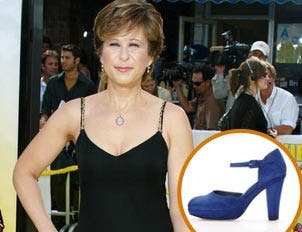 How did that come about?

I love shoes, and realized at 45 that I had no beautiful shoes that were also comfortable. If you’re self-made, you reach a point where you simply won’t settle for things that don’t work anymore. And I thought, “This is stupid. I’m gonna solve the problem myself.”

What’s the name of the line?

It’s called Marchez Vous, which is “you walk” in French. It came out this fall. We’re … in Zappos, and we’re in about 45 high-end boutiques around the country. I’m telling you, women are crazy for shoes that are comfortable. 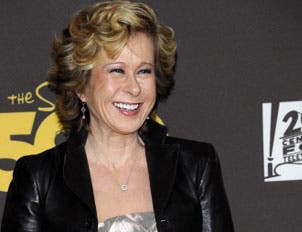 What’s the most expensive pair of shoes you ever bought?

Probably a $1,300 pair of Christian Louboutin shoes. I wore them once because they were so uncomfortable. They were beautiful, but … I call them “car to the bar” shoes. You put them on, get in the car, go to the bar, sit down, get up, go back to the car, go back to your house, and take your shoes off. You definitely can’t walk in them. The thing about Louboutin is, his shoes are like art. They’re like jewels. You just have to plan your journey carefully if you’re gonna wear them out. Plan on a lot of sitting.