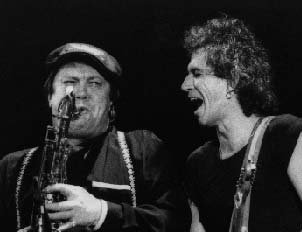 The Rolling Stones’ sax man Bobby Keys has been touring and recording with the legendary rock band for 40 years, adding his raw, soulful blast to dozens of Stones classics, including “Brown Sugar” and “Tumbling Dice.” As a teen growing up outside of Lubbock, Texas, Keys talked his way into neighbor Buddy Holly’s band, The Crickets. Subsequent tours with Dick Clark’s Caravan of Stars and Delaney & Bonnie introduced him to the British Invasion stars of the day.

This led to decades of memorable session work with John Lennon, George Harrison, Ringo Starr and Eric Clapton. In his new memoir, “Every Night’s a Saturday Night,” Keys shares a lifetime of stories from the rock ‘n’ roll road.

You served perhaps the coolest musical apprenticeship of all time, traveling with Dick Clark’s Caravan of Stars. Was it fun?

Did you make much money on that tour?

Not as a sideman, but it didn’t matter. Money was definitely not my motivation. My motivation was just to keep doing what I was doing and survive at it. I didn’t really ever make any money until much further down the line. 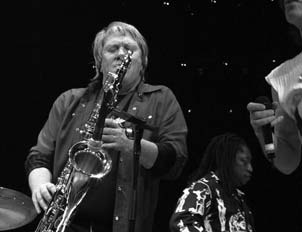 You hit a higher tax bracket when you joined the Rolling Stones and recorded “Exile on Main Street.” How did you pay for your new luxuries?

I don’t remember! (laughs) I never really thought about it all that much. Hell, I had all the money I needed. If I needed money, I just had to go to the accountant and say I need some money, then he’d give me a box of money and I’d go away and spend it and I’d run out and then go back and get more. I don’t even know how much money I was making. Hell, I was living in a villa on the French Riviera, I had a brand new motorcycle and a convertible and I knew I was making more money than I was used to making back home. Outside of the Stones, who have always paid me a fair wage, I was not doing too badly just playing studio stuff in London. 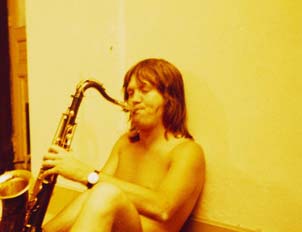 Did you ever take a gig that you lived to regret?

Well, a couple years ago, I did a gig up in Iowa with one of those Stones tribute bands, and they were so bad that I fired the band. And it wasn’t even my band! The lead singer was such an idiot that I told him to get off the stage before I ripped his head off, then I told the rest of them they might as well go, too. I played a song by myself and said, “Well, folks, that’s going to be it for tonight.”

Do you handle money now differently from how you did during your wild and crazy years on the road?

Yeah, I do. It’s a real simple system: I give everything I make to my wife, Holly, and she lets me have what she thinks I need. The bills get paid, there’s food in the refrigerator and I can go over and fly my radio-controlled airplanes, which is my main activity as far as having fun anymore. I used to fly toy airplanes when I was a kid. Now I’m rebuilding my stock.