If there were such a thing as the snarkosphere, Joel McHale would be its king. The host of E!’s “The Soup” and star of NBC’s “Community” has built a solid following based on his own subversive style of cool, tossing off witty insults while never losing his likability. Bankrate spoke to McHale as fans wait for the return of “Community.”

What sort of jobs did you have before you started supporting yourself as an actor?

I was a bartender and a casting assistant. My favorite job, though, was playing (music) on the street for money. I played in the subway in New York, at the 72nd Street stop on the 1 and 9 trains, and I played in Washington Square and Central parks. Wherever I could get away with opening my guitar case and playing without being arrested, that’s where I’d play.

I worked in a wine shop here in (Los Angeles), Larchmont Wine and Spirits. I still know all the guys, and I buy wine there all the time. When I was really young, I was a dishwasher. I also hauled furniture. In Seattle, I manned one of the very first drive-thru espresso carts in the area. This is back in high school, and way before there was Starbucks everywhere. I have a copy of Rocket Magazine from 1980, with the Talking Heads on the cover, and inside of it there’s an ad for Starbucks that says, “Now two locations.”

When you worked the espresso job, was that little Starbucks your local competitor?

No. I grew up in a suburb called Mercer Island, and there was no Starbucks there. Going to Starbucks was still kind of an event. The place where people used to get espresso was Nordstrom. In Seattle, they were known for their really good coffee cart. 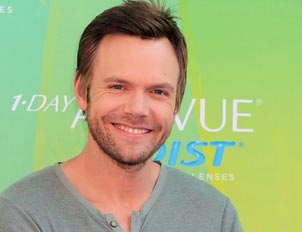 Once you hit it big, did you splurge on anything really great?

The good news is, I was raised Catholic, and I’ve never felt that way. So, not yet. I still have that attitude like, “This is all gonna come crashing down at any moment, whether it’s both shows somehow dissolving, or it turns into the movie ‘The Road.'” I splurged on a car, of course. I think that’s the standard thing to do if you get some extra money. I always admired sports cars. I was sure someone would take it away from me at some point — creditors of some sort — but I bought a car I’ve had my eye on for a long time. 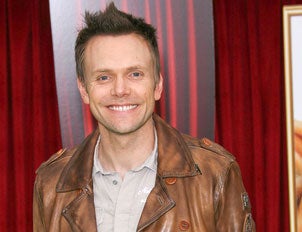 That was your one splurge?

That, and some unsalted cashews. Nuts are expensive, man. And I just bought my wife a watch, so I’m excited for that. Got her a Bell and Ross.

The entertainment business is incredibly unpredictable. If you’re smart, you save money and you do not spend like you’re gonna be making that kind of money for the rest of your life. You have to spend like, “Oh, this might not last forever, but I don’t want to have to go back to work when I’m 80.” I have a business manager who’s very (financially) conservative, so he’s like, “No, you can’t do that. Don’t even think about that. Step away.” That forces me to save money. You have to live well within your means, because you don’t know what the future holds.