Jo Dee Messina splurges on those around her 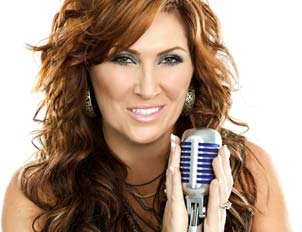 Jo Dee Messina’s second album, 1998’s “I’m Alright,” included five songs that became top 10 hits on the country charts. Since then, Messina has split her time between touring, releasing new music and creating a family. Messina, who makes her home in Nashville, Tenn., spoke to Bankrate shortly after her latest and greatest new production — the January birth of her second son, Jonah.

During the early, struggling phase of your career, what were some of the things you did to make a living?

I moved to Nashville (Tenn.) after I graduated high school to become a singer. I hadn’t ever drank before I moved, but I became a bartender, which was funny because I had no ideas what drinks were like. I didn’t know that vodka and gin were clear, or that scotch was one of the tan liquors. So it took me way too long to mix a drink. That was just pitiful. I didn’t last very long there. Then, right before I got my record deal, I did a lot of accounting and computer work. I worked at a Christian label, distributing record royalties in the accounting department.

You don’t hear a lot about musicians who are good enough at math to be accountants.

Well, I don’t know that I was good enough. The computer did a lot of the work. I just knew where to put the numbers. 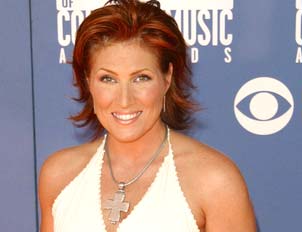 Once you had a few hits under your belt, did you splurge on anything really big?

The first thing I did was buy my mother a Saturn. She wanted one because they were made right here in Tennessee. Then, I pretty much gave it away. I bought people that worked for me cars. I bought my assistant a BMW. I bought my production manager a motorcycle. I was just buying people extravagant things. I started taking my band and their families on vacation. We used to go to the British Virgin Islands every year, to Little Dix Bay, and we’d rent the whole place out. That’s the thing — I mostly splurge on everyone else. We don’t have a car collection. I have a lovely home. It’s the cheapest one on the block. It’s not perfect. It was built in 1910, so the ceilings are cracked right now due to floods and settling. So most of my splurges are for other people. 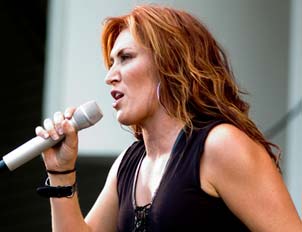 Do you still splurge that way, or have you reined it in?

I reined it in because I haven’t had a single out in a few years. My latest splurge was eye surgery for my mother, as silly as that sounds. It was wicked expensive. Then, of course, Christmas bonuses for the people that work for me. I try to take really good care of the people around me because we function so much like a family.