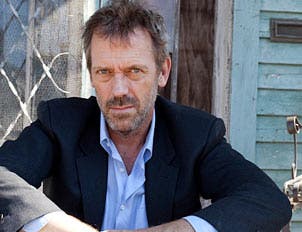 Those who only know of Hugh Laurie from his hot Fox drama, “House M.D.,” which ended an eight-season run earlier this year, have seen only one aspect of the British actor’s enormous talent. Laurie was a member of Footlights, the comedy troupe at the University of Cambridge that has also produced members of Monty Python. He is an accomplished musician who fell in love with the blues around age 10 and notes that the music “makes the hairs on the back of my neck stand up.” Laurie fulfilled a lifelong dream earlier this year when he released his first-ever blues album, “Let Them Talk,” which finds him singing and playing piano on a string of blues classics.

When you were a struggling actor, what did you do to make a living?

I worked behind a bar for a bit, but I was incredibly lucky. I was given an opportunity to work on a television show for Granada Television, which was based in Manchester, England. We did a sketch show there — me, Stephen Fry, Emma Thompson, Ben Elton and Robbie Coltrane — so I was incredibly lucky to have that break so early. To be honest, if my will had been tested and somebody said, “You’re gonna have to wait five or 10 years before you can break into this,” I don’t know that I would have stuck it out. I was very, very lucky. My number came up very quick.

So tending bar was the only nonshow-business job you had?

When you say it like that, you make it sound like I’m only half a person — and it’s true. I am. I fess up to it. I was incredibly lucky.

You became one of the highest-paid actors on television. When you got really rich, did you splurge on anything massive?

I don’t have a boat, although I occasionally look at boats. I look at pictures of boats. I find boats very soothing to look at. But I did buy this beautiful car that I’d coveted since I was a teenager — a Ford Galaxie. I saw one of these when I was probably about 17 or 18 at a dealership in London, of all places. I don’t even know how the car got to London. But some 30 years later, I wound up owning a Ford Galaxie, which is my pride and joy. It’s absolutely shocking the amount of gas it burns. I should really just leave it where it is and stare at it. I’d be happy to do that. But it is my pride and joy. 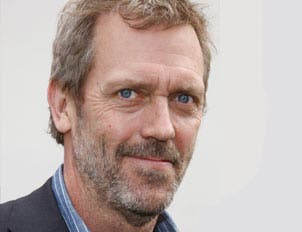 Do you splurge in general now, or are you more frugal?