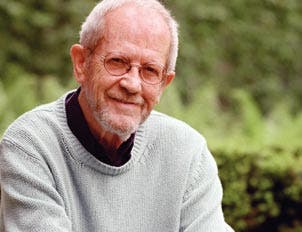 “Justified,” on FX, is one of the most exciting shows on TV right now — it even earned cast member Margo Martindale an Emmy in 2011. All the positive hype is partially due to the gritty-dialogue style of veteran novelist Elmore Leonard.

Leonard created the show’s central character, Marshall Raylan Givens — played on “Justified” by Timothy Olyphant — in his 1993 novel “Pronto.” Then he brought Givens back in the novel “Riding the Rap” and in the short story “Fire in the Hole.” Now, given the success of the show, Leonard has returned to writing about the marshall in his new novel, simply titled “Raylan.” Leonard spoke to Bankrate just as “Raylan” was hitting the bestseller lists.

When you were starting out as a writer, what did you do to make a living?

Up until 1961, I worked for an ad agency. I wrote Chevrolet ads. I was dying to get out. I wanted to write full time, and finally I did in 1961. Then I could relax a little more, because (before that) I was getting up at 5 a.m. to write, and I’d write for two hours before getting dressed to go to work. I’m so glad I did that, because I sold 30 short stories and five books that way. That gave me a real push. That got me going.

So many writers who have day jobs seem to wake up at exactly that time to work on their projects before work. It seems like 5 a.m. is a magical time for writers.

It takes a while to get up the first time, I’ll tell ya. Then (after that), I would get up without even putting the alarm on. I had a rule — I had to start writing before I put the coffee on. You gotta when you’re starting out. 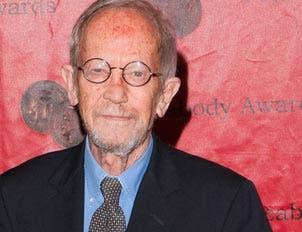 When was the point in your life when you first felt like a success?

It was the 1980s before I got on the Times list. I never worried about that, though, because I didn’t think I wrote poorly enough or well enough to sell a lot of books.

At that point, did you splurge on anything major?

I used to, in the older days. I used to buy a new suit, but it was never an expensive suit because I don’t have any(where to go). I’ve got two blue suits now, and a few sport coats and that’s it. Dressing is not … required. 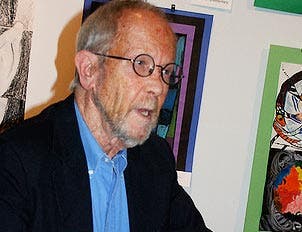 Now that you’ve been such a longtime success, are you a splurger in general, or are you more frugal?

There’s not that much I want. I’m driving the same Volkswagen convertible for 16 years because it just keeps running, and I like it. I’m gonna give it to my granddaughter pretty soon and get another Volkswagen probably.