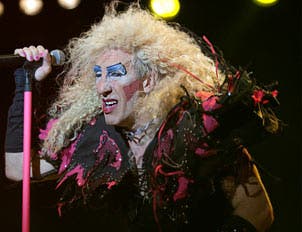 Twisted Sister vocalist Dee Snider lived a wild rock star life for decades, as he recalls in his recently released memoir, “Shut Up and Give Me the Mic.” But while an outspoken autobiography was no surprise from Snider, his other recent project was — an album of Broadway standards, including collaborations with Great White Way legends such as Patti LuPone and Bebe Neuwirth, called “Dee Does Broadway.”

You’ve been working since the age of 12. What were some of the jobs you had before you started making a living in music?

Every crappy job — literally. I was a bathroom attendant at Jones Beach for a few summers. I worked at the beach a lot — at the cafeteria, the concessions, as a busboy, cooking food on the grill. I picked up the garbage there as well. I also worked sales in department stores, specializing in hair blowers. I’d never used a hair blower in my life, but everybody assumed that because I had long hair, I must know hair blowers. I sold more than anybody else in the store.

Did you enjoy any of these jobs?

Hell no! I would just space out and imagine that one day I would be a rock star, thinking, this cannot be the end for me. There has to be more to my life than this. 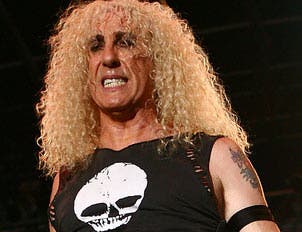 When Twisted Sister hit it big, did you start spending big as well?

I quickly got ahead of myself. When you start selling records, you know the money’s coming, so you start borrowing against that money. Then, when that money comes in, you have to pay back the people you borrowed from. So now you’re borrowing against the record after that one. Eventually, you run into a wall. But one of my prized possessions for 27 years — I only recently sold it — I found this rare 1969 Boss 302 Mustang.

It was a wreck, and I was towing it from place to place, paying for garage space to keep it from rusting away further. My wife and I lived in a one-room apartment with our baby sleeping in the bed with us, and we had a garage for this piece of (crap) car, which made my wife endlessly angry. When I made it big, I hired the top restorers to rebuild it from the ground up. It was restored to perfection, at way greater cost than it would have cost me to buy one already done. 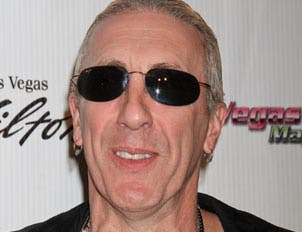 Any other cool rock star toys?

A lot of cars — Panteras, Corvettes — and boats. I had a 70 mph speedboat — a black, evil-looking thing that the people on (the North Shore) hated because they were into sailboats. While they were taking an entire day to get to Connecticut, me and my wife would just fly over there in about a half hour, have lunch, and fly back while they were still trying to get out of port. They weren’t crazy about me.