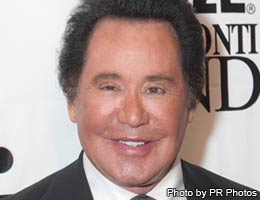 Creative success: While a recording artist early in his career, Newton’s real success came in his role as “Mr. Las Vegas.” With regular headlining stints at various Vegas hotels over the years, Newton has earned as much as $25 million a year, with his net worth once estimated at around $100 million.

Financial failure: Newton declared Chapter 11 bankruptcy in 1992 with an estimated $20 million in debt, including an IRS lien of more than $300,000. While he was in (much) better financial shape within several years, he was sued by the IRS in 2005. The agency alleged he and his wife owed around $1.8 million, partially for failing to report the sale of a horse. Since then, Newton has been sued several times, including a successful 2009 suit for back wages that earned a former pilot a judgment of more than $500,000 — leading to the garnishment of Newton’s wages — and a 2010 suit for more than $3 million over a loan.