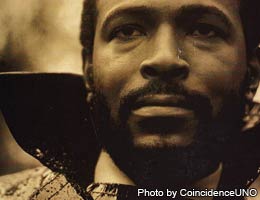 Creative success: Known as one of the greatest rhythm-and-blues/soul singers of all time, Gaye’s seductive impact on the music world came from such hits as “I Heard It Through The Grapevine,” “What’s Going On” and “Let’s Get It On.” Gaye had 41 Top 40 singles including three No. 1 pop hits and 67 singles on the Billboard charts overall.

Financial failure: The master of the sexy single was taken down financially by divorce. Gaye filed for bankruptcy in 1976 after failing to keep up with alimony payments, as he reportedly owed his ex-wife in the neighborhood of $600,000. To get out from under her thumb, he promised his ex the royalties to his next album — which ironically dealt with his feelings about the divorce. Gaye continued performing, but he still faced financial troubles and a drug addiction. He seemed to be making a comeback from 1982’s “Sexual Healing” until, following a heated argument, he was killed by his father in 1984, the day before turning 45.