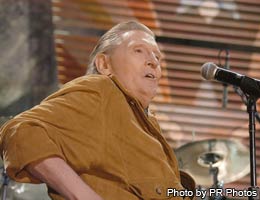 Creative success: Known as “The Killer,” the “Great Balls of Fire” singer was famous for wild theatrics, making “Whole Lotta Shakin’ Goin’ On” an understatement as he played his piano like a man possessed, kicking over benches and slamming the keys with his feet. And as wild as he was on stage, he was wilder off. He courted controversy as a 22-year-old by marrying his 13-year-old cousin.

Financial failure: By the late ’80s, Lewis, spurred on by trouble with the Internal Revenue Service and $3 million in debt, filed for Chapter 7 bankruptcy. His manager later told Fortune magazine this gave him a “new lease on life.” Lewis, one of the subjects of the hit Broadway musical “Million Dollar Quartet,” recovered quite nicely. He still tours, and his latest album, “Mean Old Man,” was released in September 2010. It reached No. 30 on the Billboard album charts.