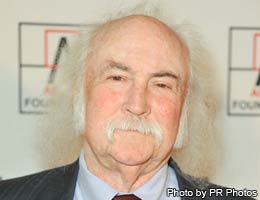 Creative success: A legendary member of The Byrds and Crosby, Stills & Nash — and a member of the Rock & Roll Hall of Fame with both bands — Crosby wrote or cowrote classic songs including “Wooden Ships,” “Eight Miles High,” “Long Time Gone” and “Guinnevere.”

Financial failure: Back in 2003, Crosby estimated to Bankrate that he had earned — and burned through — around $25 million over the course of his career. But by 1984, he was broke, in debt for hundreds of thousands of dollars, and on his way to prison for drug and weapons charges. He filed for bankruptcy in 1985. When he got out of jail, he lived in a friend’s spare bedroom and wore his friend’s old clothes. Crosby righted his financial ship by getting back to work. He’s toured with Crosby, Stills & Nash over the years and plays regularly these days with band mate Graham Nash. As political as ever, Crosby recently contributed to an album to support the Occupy Wall Street movement.