Celebrities and their rides: Taylor Lautner 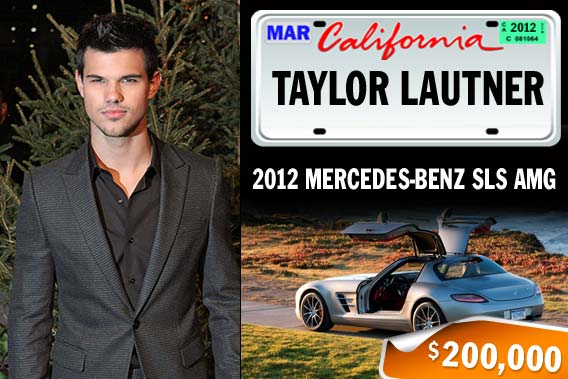 Taylor Lautner isn’t like most teenagers, who when they are able to get a car are handed the keys to an old, used Honda. The “Twilight” hunk and action star is a 19-year-old with a wallet full of cash.

After beginning his career as Sharkboy in “The Adventures of Sharkboy and Lavagirl 3-D” in 2005, he shot to fame in the “Twilight” saga starring as wolf-boy Jacob. So whether or not you are Team Jacob, this is one teen not to be underestimated. He was named one of Hollywood’s highest paid teen actors in 2010 and his new 2012 Mercedes-Benz SLS AMG can go from zero to 60 in less than 4 seconds and reach speeds up to 200 mph.