The rich and famous do not have the luxury of a simple wedding.

The pressures of high-profile careers, the heat of the public spotlight and occasionally the temptation to exploit one of life’s most private moments for profit have turned the celebrity wedding into a cause celebre in its own right.

“When your neighbor is getting married, you don’t really care. But when Kim Kardashian gets married, you’re reading about it everywhere, and you want to know what she’s wearing, what the colors are, who’s planning it,” says Sasha Souza, a celebrated California-based celebrity wedding planner and author of “Signature Sasha: Magnificent Weddings by Design.”

Souza says the key to pulling off a perfect multimillion-dollar moment involves integrating the public and private wishes of the celebrity couple.

“Living in that kind of a spotlight continually is a different person than the person who wants to plan a great wedding,” she says. “There is a pressure to plan a wedding that not only reflects who they are as a couple but will also be seen as a trendsetting style event.”

From Kim Kardashian to Sir Elton John, we’ll follow the money as Souza critiques seven of the most fabulous nuptials of the 21st century.

The wedding of Britain’s Prince William to former college classmate Kate Middleton was relatively modest, upbeat and even homey compared to his parents’ nuptials.

Despite the somber overtones given its timing, just weeks before what would have been Princess Diana’s 50th birthday, the Will-and-Kate wedding was joyous and even goofy at times, thanks to the youthful playfulness of their supporting cast, Prince Harry and Pippa Middleton.

“Unlike Charles and Di, this couple had a real relationship. They did it privately to some degree and publicly to some degree. I thought they did a great job,” says Souza. 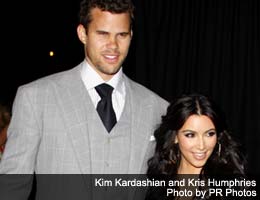 Has any American family ever made more money by just being (a semblance of) themselves than the Kardashians? Still, even by Kardashian standards, Kim’s wedding to NBA journeyman Kris Humphries set a new standard for cashing in on one of life’s most private moments.

Thanks to reality TV and celebrity magazine contracts, the couple’s celebration raked in almost $17 million: $15 million for the two-night TV special, “Kim’s Fairy-tale Wedding: A Kardashian Event” (which they split with producer Ryan Seacrest and the E! Network) and $1.9 million from People magazine for exclusive engagement, wedding and bridal shower news and photos.

“I thought they hired a great planner, Sharon Sacks, who also did Khloe’s wedding and a couple of other events for them. I thought she did an amazing job,” says Souza. “It looked beautiful, well-executed, and it fit what I know of Kim’s persona.”

The black-and-white affair had a lot of lucrative “gray area” backstage, where products and services were deeply discounted or donated outright for publicity.

“That’s the case with most celebrity weddings,” says Souza. “I do not do free events, but when your client is the producer, and they’re getting paid to produce their show and wear a certain stylist’s clothing, there is an opportunity for it to be a profit-making event. Does that come with a certain amount of headaches? It certainly would.” 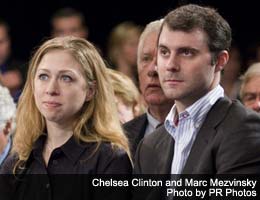 Think it’s tough for royals to wed? Consider the challenge of holding an intimate gathering for 400 on the banks of the Hudson River when your name is Chelsea Clinton.

“Well, your dad was the president! Your mother is secretary of state!” says Souza. “I felt they handled it with a great amount of grace. Another great planner, Bryan Rafanelli, did that event.”

“The best part of their wedding was, it was very small-town. If you look at the ceremony, it was a very simple wooden folding chair — not ostentatious, not a state event. The ceremony itself was very natural-looking, branchy, beautiful. Again, a lot of the money that was spent there was on infrastructure instead of on decor,” says Souza. 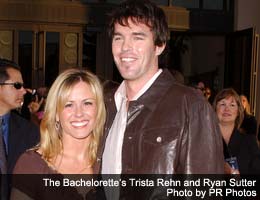 The dream of finding one’s soul mate on a reality show came true for Trista Rehn and Ryan Sutter of “The Bachelorette,” whose on-air romance blossomed into a pretty-in-pink, $4 million must-see-TV wedding ceremony and reception.

From the 30,000 roses flown in from Holland and Ecuador at a cost of $250,000 to the bride’s $70,000 strapless satin Badgley Mischka gown and Stuart Weitzman diamond-encrusted shoes to the specially written song performed by country star Brad Paisley, the Trista and Ryan wedding was art’s turn to imitate a real-life romance.

“Was it a made-for-TV event? It absolutely was,” says Souza. “The whole event was manufactured by the production company. They wanted a certain look for it. It was an hour-long special that aired on ABC. That’s a big time slot on a good night; that’s a ratings winner. Weddings are ratings winners.”

“Their relationship began on TV, so it was strangely appropriate, but they still love each other; they’re still married with kids, which you can’t say for a lot of celebrity weddings,” she says. 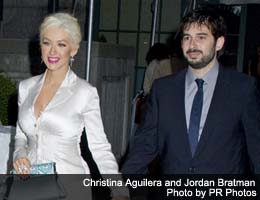 Pop star Christina Aguilera was in a winter mood when she designed her vineyard wedding to music executive Jordan Bratman. With planning help from Michael Gapinski of Along Came Mary wedding planners, Aguilera and Bratman’s reception tent featured hundreds of birch trees with silver candles, white faux fur table decor, white hydrangeas and chandeliers. They even hired a 14-piece orchestra from the San Francisco Symphony.

All of which seemed fairly out of context to Souza, who has lived and designed celebrity weddings in Napa Valley for the past 11 years.

“They had an L.A. wedding in Napa Valley,” she says. “It was in a tent, over-the-top decor, and the reality about Napa weddings is they tend to be more laid-back and outdoors. We have great weather, so if you do a tent, it’s not usually fully draped and carpeted unless it’s raining out. There’s a reason to be here — to experience the nature. So enclosing the event, you could have that in a ballroom in any city in the U.S.”

The couple divorced in April 2011 after nearly five years of marriage. They have one son, Max. 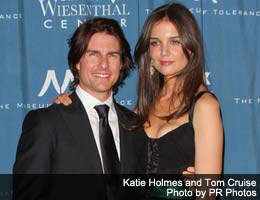 How does an A-list celebrity like Tom Cruise walk down the aisle in peace? Simple: a destination wedding far from the maddening crowd.

Cruise made no secret of his loopy romance with budding star Katie Holmes (who can forget his famous Oprah couch dance?) But when it came to actually tying the knot, the couple chose a faraway, 15th-century Italian castle, flew in a who’s who of guests that included Jennifer Lopez and Marc Anthony, Will Smith and Jada Pinkett Smith, John Travolta and Kelly Preston, and Steven Spielberg and Kate Capshaw, and took their vows Scientology style.

“I thought what they did was brilliant,” says Souza. “They did it small, their way and completely away from any eyes. With a celebrity like Tom Cruise, the lack of control over your own life is immense. This is the perfect place to exert control — I can be a celebrity tomorrow, but today I’m a husband.” 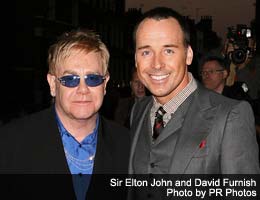 Number of guests: 700; the streets were lined with well-wishers

It’s a little bit funny, but the second biggest British wedding sensation of this century wasn’t technically a wedding at all but the civil union between rock icon Elton John and his partner of 12 years, Canadian filmmaker David Furnish.

On the first day that same-sex civil unions were recognized in England and Wales, the couple formalized their relationship before a handful of family at Windsor Guildhall, the same location where Prince Charles and Camilla Parker Bowles had tied the knot eight months earlier. While the civil unions grant couples new rights in areas such as employment, pension and inheritance, they’re not officially regarded as marriage under U.K. laws.

But that didn’t stop the happy couple from rocking the old sod with one of the largest wedding receptions in recent memory, held in two giant white tents on the grounds of Elton’s mansion near Windsor. Lamb topped the menu, and vintage pink champagne flowed for the 700 guests, including Victoria Beckham, George Michael, Donatella Versace, Sting and Trudie Styler, Hugh Grant, Ozzy and Sharon Osbourne and Naomi Campbell.