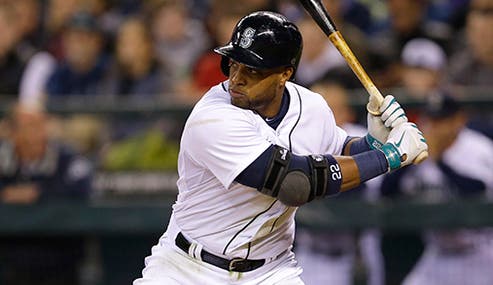 Major League Baseball is a sport flush with cash, with increasingly exorbitant contracts being handed out to the most visible stars, if not the most talented. The average salary for MLB players in 2013 was $3.39 million, up 5.4 percent from the previous season.

Teams are playing with big money, thanks to strong attendance, revenue sharing and incredible deals with cable companies such as the Los Angeles Dodgers’ recent 25-year, $8.35 billion contract with Time Warner Cable.

So $3.39 million? That’s nothing compared to what these highest-paid MLB players’ contracts guarantee. 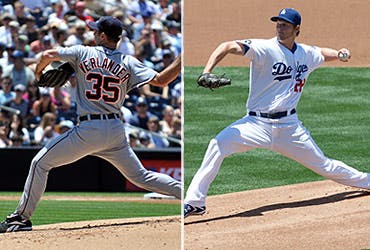 Pitchers are relatively rare in the mega-contract category, mostly because of a heightened risk of injury and the fact that they play about once every five games, unlike everyday position players.

As team payrolls have continued to push higher, however, elite pitchers like Justin Verlander and Clayton Kershaw are seeing their paydays, and they may even recognize the Brink’s truck driver from their teammates’ deals.

The Detroit Tigers’ Verlander is the highest-paid right-handed pitcher in the game, with his seven-year, $180 million deal. He’s also found quite the groove in endorsement deals, fronting Chevy, Bayer and Rawlings, to name a few.

As for the Dodgers’ Kershaw, the ink has barely dried on his seven-year, $215 million deal from January, which has made him the highest-paid pitcher in baseball history. The left-handed Kershaw is certainly one of the best pitchers in the game by any standard, now including the size of his paycheck. Indeed, the average annual value of Kershaw’s pact leads all MLB contracts, at more than $30.1 million. 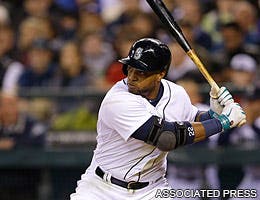 You can take the player out of the Yankees, but you can’t take the Yankees out of the player, at least when it comes to second baseman Robinson Cano essentially expecting an Ed McMahon impersonator to direct deposit biweekly oversized novelty checks.

His representation, led by Jay Z — yes, the same Jay Z often sporting a Yankees hat with the hit song about New York — began this past offseason by publicly aiming Cano toward the largest contract in baseball history, expecting $310 million over 10 years.

The second baseman, a career-long Yankee, found his relatively modest fortune not in the country’s biggest market but in its farthest corner, with the Seattle Mariners asking if he would like to be paid $240 million over the next 10 years and finding that, yes, he would like that very much.

Impressive totals, sure, but Beyonce probably would’ve held out for the full $310 million. Just saying. 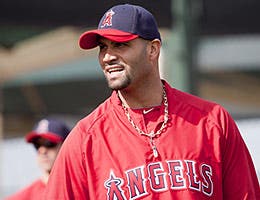 Albert Pujols played his first decade in the Major Leagues as the first baseman for the St. Louis Cardinals. He’s won awards, a couple of World Series rings and likely every soul in one of the biggest baseball towns in the country. It turns out those souls weren’t worth as much on the open market as the Los Angeles Angels of Anaheim were willing to pay for his.

“Prince Albert” wasn’t exactly pinching pennies in St. Louis, pulling in $16 million in his final year. The current deal, however, is an embarrassment of riches. In addition to the sheer number of dollars, Pujols also receives four season tickets for the life of the contract, a hotel suite on road trips (more than 800 games in total over the life of the contract), luxury suite rights at home games and probably just general bling as far as the eye can see.

If Pujols hits a record 763rd home run during the contract, he’ll get an extra $7 million. That, and many other incentives, could bring the total to nearly $269 million.

An estimated $8 million more per year comes from endorsement deals, including Nike and General Mills. 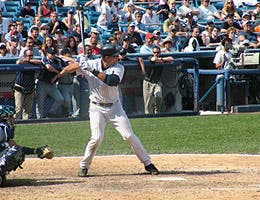 Alex Rodriguez has essentially become the Donald Trump of baseball. He’s been equated to gobs of money, and has been at the top of these “richest” lists for so long that it’s become a sort of safety blanket of knowledge. Was he the highest-paid player in baseball? You weren’t entirely sure, but he probably was, so you talked about him as such because: A-Rod.

Well, he was the highest-paid player, and probably was paid more than most of us realize. Sports On Earth took a look at Rodriguez’s 2001 contract offer with the Texas Rangers that was worth $252 million then and adjusted it for inflation. If he signed that deal today, it would be worth $332.2 million. That’s … a lot of money to play baseball.

His current deal with the New York Yankees totals $275 million and runs through 2017 — well originally it did. Rodriguez ran into some disagreements about what performance-enhancing drugs he may or may not have taken, ultimately landing a suspension for the entirety of the 2014 season and costing him approximately $22 million of the contract.

In addition to his salary, Rodriguez took in an estimated $1 million in endorsement deals in 2012 before the allegations hit the fan. It was too much for the fan, which fell and knocked him from our top spot. 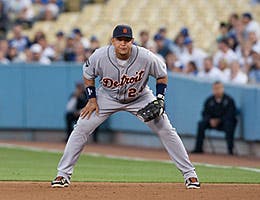 There is a new king of the mountain in baseball, a mountain that’s made of dollar bills, trophies and jewels. Probably jewels.

What was so stunning about the deal was not Cabrera’s talent (he’s arguably the best player in the game when holding a bat), but the seemingly complete disregard of the Tigers toward any level of financial restraint. The deal was loudly ridiculed throughout the industry for its timing and size.

Cabrera is also turning 31, and baseball years roughly equal dog years. Would you give more than $300 million to a 200-year-old to play baseball? The deal averages about $200,000 per game, which is a lot for a player who already doesn’t measure to field or run particularly well.

Beyond the contract, his endorsement totals are estimated to be relatively small, partly because of bilingual challenges.

Regardless of the deal’s merit, Cabrera has successfully turned baseball into a nifty little moneymaker.