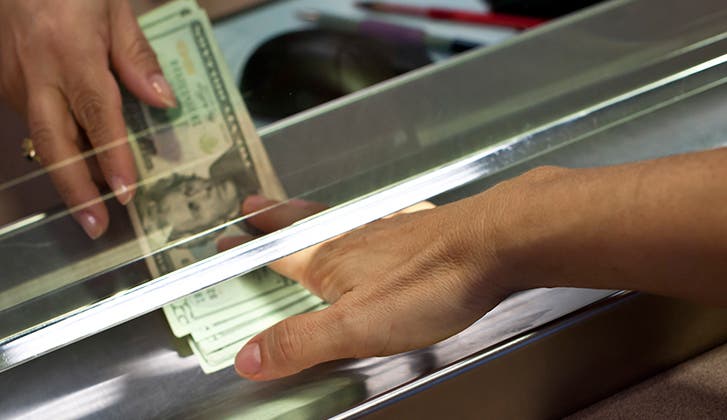 For consumers, perhaps the most fundamental role of a bank is to keep your money safe.

Even with deposit insurance from the Federal Deposit Insurance Corp. as a backstop, nothing quite stokes a bank customer’s panic like the fear their bank may not be able to return their money when asked. Fortunately, there is reason to believe banks got more stable in 2014. 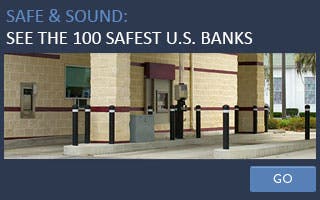 Safe & Sound ratings take into account factors such as capital adequacy, asset quality, profitability and liquidity to determine a bank’s strength and stability.

In many measures of stability, banks are doing better now than they were the same time last year, says Nancy Atkinson, senior analyst at Aite Group, a financial industry research and consulting firm.

“They have been more focused on their capital,” Atkinson says. “I’ve seen improvements.”

For instance, the number of banks filing 30-day notices with federal regulators that they plan to change their board memberships has dropped, an indicator of greater stability, she says.

Last year saw the continued implementation of the Basel III standards, an international agreement requiring large banks to increase the amount of capital they have on hand to cover bad loans, says Roy Smith, a professor of entrepreneurship and finance at New York University’s Stern School of Business.

The continued construction of a new legal framework under the post-crisis Dodd-Frank financial reform law was also a big factor in 2014.

“Four years after it was passed, it’s still got a long way to go to be done, but the major parts of it are clear,” Smith says.

Among those major parts are capital requirements that are higher even than those called for in Basel III, Smith says.

“That’s going to mean that the banks, who already have doubled the amount of capital to meet Basel III, have to add some more and limit other things,” he says.

The banking industry is only going to get more heavily regulated in 2015 as a host of new rules take effect, Atkinson says.

In particular, the continued regulatory push for transparency in many banking products, especially mortgages, will put a strain on the many banks that struggle with fragmented and, in many cases, antiquated information systems.

“You really do have some challenges with bringing all of that together and again being able to integrate it and provide significant information,” Atkinson says. “It’s a big, big issue for them to have the level of regulatory compliance that they are facing today.”

This year, we could see Republican majorities in the House of Representatives and the Senate try to roll back some parts of the Dodd-Frank financial reform law, Atkinson says.

“It’s going to be interesting to see what happens now that we have a Republican Congress, and to what extent they are going to look to scale back some of the push for regulations,” she says. “They do seem to be looking at it and saying Dodd-Frank may be too onerous. The CFPB may not have the full powers it has had.”

Threats to the economy remain

Despite all the regulations that have been put in place, it’s still true that if one of these large banks fails, it could take down the financial system with it.

“There have been a continuation of efforts to make the banking system more stable,” Smith says. “On the whole, if we had another crisis similar to what we had in 2007 and 2008, we would probably be having to spend a great deal of public money to resolve it, one way or the other.”

The financial crisis may be long gone, but the fallout from that crisis continues to dog banks, especially the nation’s largest, Atkinson says.

Fewer than half of the major lawsuits against the biggest banks have been resolved to date, Atkinson says. That means potentially billions more in penalties and legal fees for the big banks, which could translate to them having less capital on hand to cover emergencies.

“Safety and soundness is probably improving because banks are being increasingly required to do less risky things,” says Smith, but many of the regulatory changes made to accomplish that could end up actually harming the ability of major banks to survive over the long term.

Since the financial crisis, most of the world’s largest banks have struggled to keep up with the cost of capital — the return demanded by global investors at a given level of risk.

“It makes you wonder whether any industry which has a cost of capital that is greater than its return on capital is indeed a viable industry,” Smith says. “It could be that the cost of bank regulation and the litigation that’s been applied to the banks is such that the banks can’t make it under the current business model.”

That could put a drag on future economic growth in the U.S., and ultimately the global economy, Smith says.