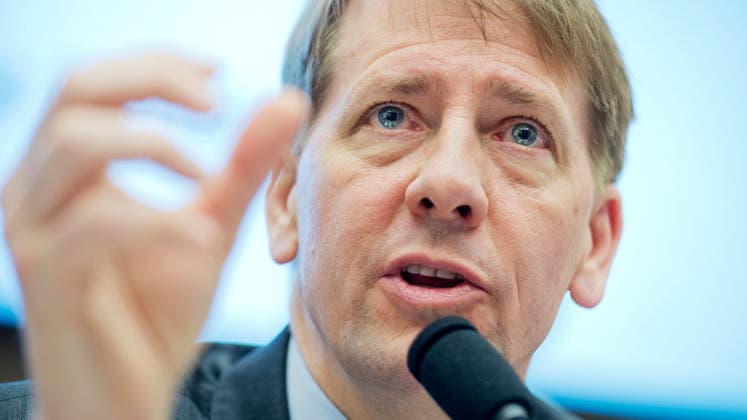 If you have a checking account or credit card with a major bank, there’s a good chance that you didn’t read a few paragraphs of tiny print in which you signed away significant rights.

What the proposed rule is about

One of those rights you likely signed away was the ability to band together with other consumers to take your bank to court in a class-action lawsuit. But that could be changing under a proposed Consumer Financial Protection Bureau rule released today, which would outlaw such waivers.

The practice of blocking class actions is widespread. Last year, researchers at The Pew Charitable Trusts studied the fine print of checking account agreements from 45 large banks to look for waivers that limit consumers’ ability to dispute bank actions in court. They found that nearly two-thirds — 64% — had a “class action waiver” preventing customers from banding together in class-action lawsuits against their financial institutions.

The bureau’s 377-page proposed rule would wipe out those waivers prohibiting financial services providers from forcing customers to sign away their right to join a class action in order to get services. The rule will apply to new accounts after the regulation becomes final — probably more than a year from now.

And it’s not just banks and the checking accounts and credit cards they sell that are affected — credit reporting agencies, debt collectors, auto financing companies and other financial services providers will also be covered, says Ira Rheingold, an attorney and executive director of the National Association of Consumer Advocates.

“We’re talking about the full panoply of all of the financial services rip-offs that we’ve seen over the past couple of decades hopefully will no longer be subject to class-action bans,” Rheingold says.

The one exception is car dealers themselves, which were specifically excluded from Consumer Financial Protection Bureau authority in the Dodd-Frank Act, Rheingold says.

Why is the consumer protection bureau focusing on this aspect about making sure class-action lawsuits can go through?

Most people will go to arbitration or court to resolve an issue involving a large amount of money. But for smaller amounts, the legal costs and hassle involved often discourage consumers from taking their disputes that far.

“What we’re talking about oftentimes are small fees,” Rheingold says, citing the acerbic opinion of 7th Circuit Court of Appeals Judge Richard Posner in a landmark case that enabled class-action waivers: “The realistic alternative to a class action is not 17 million individual suits, but zero individual suits, as only a lunatic or a fanatic sues for $30.”

That most consumers aren’t inclined to take on their banks alone was borne out in a study released by the bureau last year that found that just 1.4% of respondents to a nationwide poll would seek legal advice if they were charged fees improperly by their credit card company.

That dynamic has allowed some bad actors in the banking industry to bilk many customers out of a few dollars at a time, which can add up to huge amounts being sucked out of customers’ pockets with little in the way of recourse, says Thaddeus King, an officer in the consumer banking project at The Pew Charitable Trusts.

“It’s a consumer protection issue. If banks and financial companies can’t be held accountable for their actions, then consumers are likely to be harmed,” King says. “While a check in a class-action lawsuit might be for a small amount of money, because the harms are fairly small, it may deter banks or financial companies from taking part in that type of behavior that caused the lawsuit in the first place.”

According to Pew’s research, Americans tend to agree.

“We found that overwhelmingly — around 90% don’t believe a bank should be able to take away their right to a class-action lawsuit,” King says.

A loss for financial services

“The CFPB has chosen to put the future of arbitration at risk by requiring companies to face a flood of attorney-driven class action suits from which consumers receive virtually nothing,” said Rob Nichols, president and CEO of the American Bankers Association, in a statement. “We hope the CFPB will use the public comment period to rethink its approach to regulating arbitration in a way that puts consumers — not class action lawyers — first.”

The comment period will last until Aug. 5. After that, the bureau will incorporate feedback from consumer organizations, industry stakeholders and private citizens. Rheingold says it may take until the end of the year or longer for a final rule to be issued, and even then the rule won’t actually take effect until the middle of next year.

“This has been a slow and deliberative process,” Rheingold says, and he expects fierce opposition from industry groups to modify or delay the rule.

“They’ve sued the CFPB on all types of things. Of course, they’re going to sue them on this rule, too,” he says. “Apparently it’s OK for them to use the courts, it’s just not OK for consumers.”

Not the end for arbitration

Even if the rule goes into effect as is, arbitration agreements will still remain. Almost two-thirds of banks require individual consumers to take their disputes to arbitration, and they will still be able to do so under the rule, Rheingold says.

One wrinkle, though: The rule would require arbitrators to disclose information about the outcomes of the cases they decide. That may ultimately do much to help regulators and the public decide how much arbitration actually benefits — or harms — consumers.

“These results should be public, just like our public courthouse,” Rheingold says. “Then we’ll have an idea about all these claims that are made that arbitration is fair and consumers get a fair shake.”