What you love and hate as a frequent flier 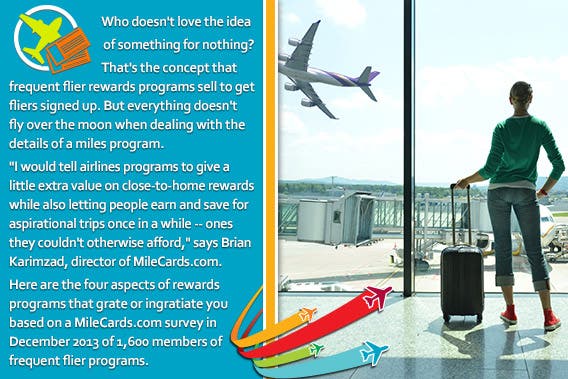 Who doesn’t love the idea of something for nothing? That’s the concept that frequent flier rewards programs sell to get fliers signed up. But everything doesn’t fly over the moon when dealing with the details of a miles program.

“I would tell airlines programs to give a little extra value on close-to-home rewards while also letting people earn and save for aspirational trips once in a while — ones they couldn’t otherwise afford,” says Brian Karimzad, director of MileCards.com.

Here are the four aspects of rewards programs that grate or ingratiate you based on a MileCards.com survey in December 2013 of 1,600 members of frequent flier programs. 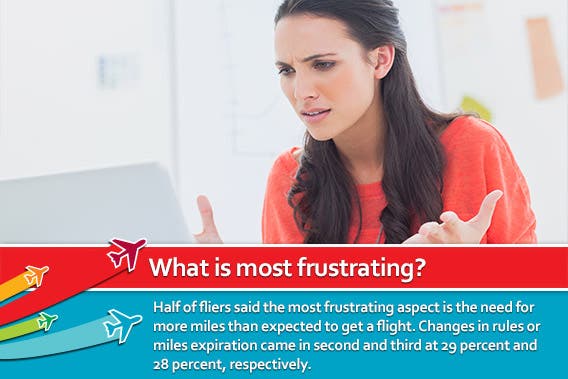 What is most frustrating?

Half of fliers said the most frustrating aspect is the need for more miles than expected to get a flight. Changes in rules or miles expiration came in second and third at 29 percent and 28 percent, respectively. 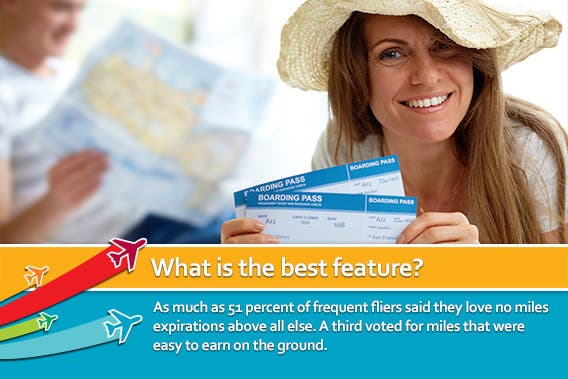 What is the best feature?

As much as 51 percent of frequent fliers said they love no miles expirations above all else. A third voted for miles that were easy to earn on the ground. 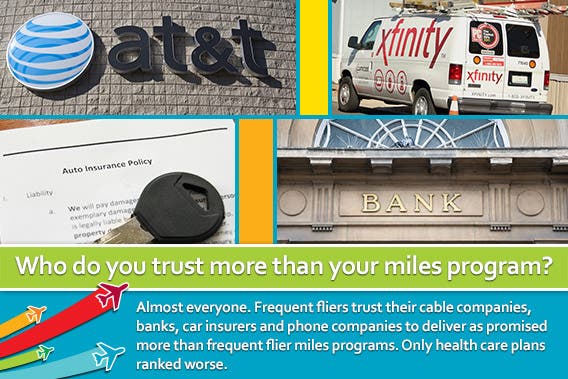 Who do you trust more than your miles program? 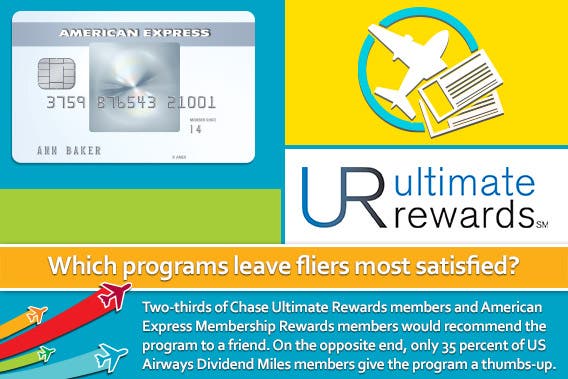 Which programs leave fliers most satisfied?