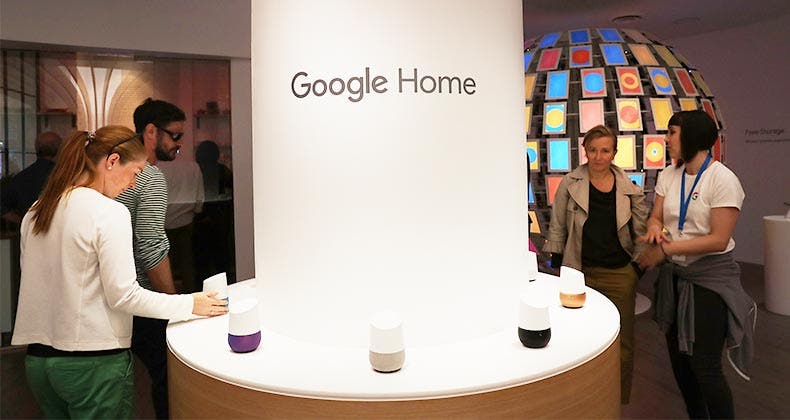 “Alexa (or Siri or Cortana), what’s my credit card balance?”

It sounds like something out of a science fiction movie: Ask, and a robot responds with the amounts of your most recent credit card transactions or the due date of your next payment.

As voice assistants such as Amazon’s Alexa, Apple’s Siri and Microsoft’s Cortana become more ubiquitous, that sci-fi scene now is part of our everyday lives at home — and beyond. Soon you may be driving Miss Siri, Cortana or Alexa as artificial intelligence is embedded in our cars, trucks and minivans.

Only a few years ago, Alexa was just a glimmer in an Amazon product developer’s eye. In 2015, Alexa took her first baby steps as Alexa’s first “skills store” (similar to Apple’s app store or the Google Play Store) opened to developers. In 2016, at the annual South by Southwest technology conference, Capital One became the first financial institution to debut on the skills store, allowing users to interact with all Alexa devices.

Other financial skills now available on the Alexa platform include You Need a Budget and TD Ameritrade. In December, Capital One also became the first bank to join Microsoft’s Cortana platform (its Cortana functionality will be available later this year). Google’s Home, another voice assistant, doesn’t currently offer any payments-related functionality, a representative said.

Other big banks, including Bank of America and Wells Fargo, are developing chatbots and virtual assistants to engage with customers on desktops and phones.

Ken Dodelin, Capital One’s vice president of digital product management, says partnering with voice assistants makes sense as the technology is embedded in household items, such as smart lamps or refrigerators, vehicles and who knows what else.

How it works: If you have a Capital One bank account, credit card, auto loan or home loan and an Amazon Echo, you can add the skill in the Alexa app. The app gives you the option to add a personal key that Alexa will request at the start of each session for added security.

Other voice assistants for personal finance

Third-party companies such as Clinc are also experimenting with voice assistants. The artificial intelligence (AI) company describes its product, Finie, as a Siri for your bank account or Google Assistant for your wallet.

Finie lives in the cloud, so users can interact with it using voice, text or both, asking questions such as “How do I replace my lost debit card?” “Have I gotten paid yet?” or “What are the most expensive transactions I made in the last 30 days?” Finie also can provide visuals of spending patterns or in response to other inquiries.

Clinc is conducting pilot programs of Finie with some banks, but it is not available to consumers yet. Clinc began developing Finie in January 2016, “but a lot of the technology that underlies the brain behind Finie we’ve been working on for quite some time,” says CEO Jason Mars. Finie is already integrated with cloud-based team collaboration tool Slack, and an Alexa prototype is in the works.

Mars says the appeal of Finie is that it doesn’t require consumers to use specific phrases to be understood. “Human language doesn’t follow rules, so you can speak to it like a human,” he says.

Changing how we interact

Michael Abbott, managing director of Accenture Digital Financial Services practice, predicts that voice-powered technology will create major shifts in how we manage our money and perform other tasks.

“This interface over time, whether it’s Amazon’s Alexa or it’s talking to your mobile phone, the simple idea of not having to type is going to fundamentally change how we interact with everything,” he says.

Asking a quick question via voice technology rather than logging into a mobile app or website is convenient and even more so for the vision-impaired.

Still, there have been bumps on the road to adoption of voice assistants in the home. Amazon Echo got bad press earlier this year over unintentional shopping sprees when a little girl in Texas had items sent to her home by saying, “Alexa, order me a dollhouse and cookies.”

TV news reports in San Diego, in which the anchor repeated that the little girl’s request, sparked even more orders.

To avoid such mishaps, Alexa users can disable voice ordering or add a PIN to prevent these kinds of mishaps.

Verifying the identity of the user

Financial skills such as those offered by Capital One are separate from any purchases you make on Amazon or elsewhere, but some consumers may still feel reluctant to sync their financial information with their home assistant or other device.

“It’s going to be a learning experience,” Abbott says. “Asking a voice assistant about the weather, there’s no risk in that, but asking it to buy 10,000 shares of a stock is different.”

Of course, the need to verify a user’s identity isn’t unique to new technology. When you call your card issuer or some other call center with a question, the customer service rep first checks your identity, says Jon Watts, managing partner at Halite Consulting Group, which consults on emerging technologies for financial clients. “You’’e providing things like your Social Security number or PIN numbers.”

Biometrics such as voice analysis on your phone or fingerprint scanners on a smartphone or tablet also could help verify a user’s identity.

“The sensors that are already in your phone today — they can pretty much guarantee by the way you interact with the phone, such as voice fingerprints, the way that you hold your phone or type, that it’s you,” Watts says.

“Initial skills are going to be around static information: ‘Tell me my balance’ or ‘Do I have any bills due?'” says Abbott. “But the next ones will be dynamic, such as ‘Pay my bill.'”

And while Finie and Capital One’s Alexa skills currently respond only when the user asks a question, that also could change in the future.

“Right now, the user reaches out to Finie to gain insights into their spending or behavior,” Mars says. “But we do have some features coming where you can say something like, ‘Hey, Finie, let me know when I spend close to $400’ and Finie will send you an alert.”

Dodelin says Capital One also sees opportunities for more proactive insights and actions. “We do see the ability to share importation information before they ask for it,” he says.

Of course, voice assistants are more than just a convenience for busy consumers. It’s also a way for banks to reduce customer service inquiries and boost customer engagement.

“This is part of a broader strategy we have,” Dodelin says. “We want to provide 24/7 access to whatever device and assistants customers want to use.”