Tech giants are coming for your wallet — should you hand it over? 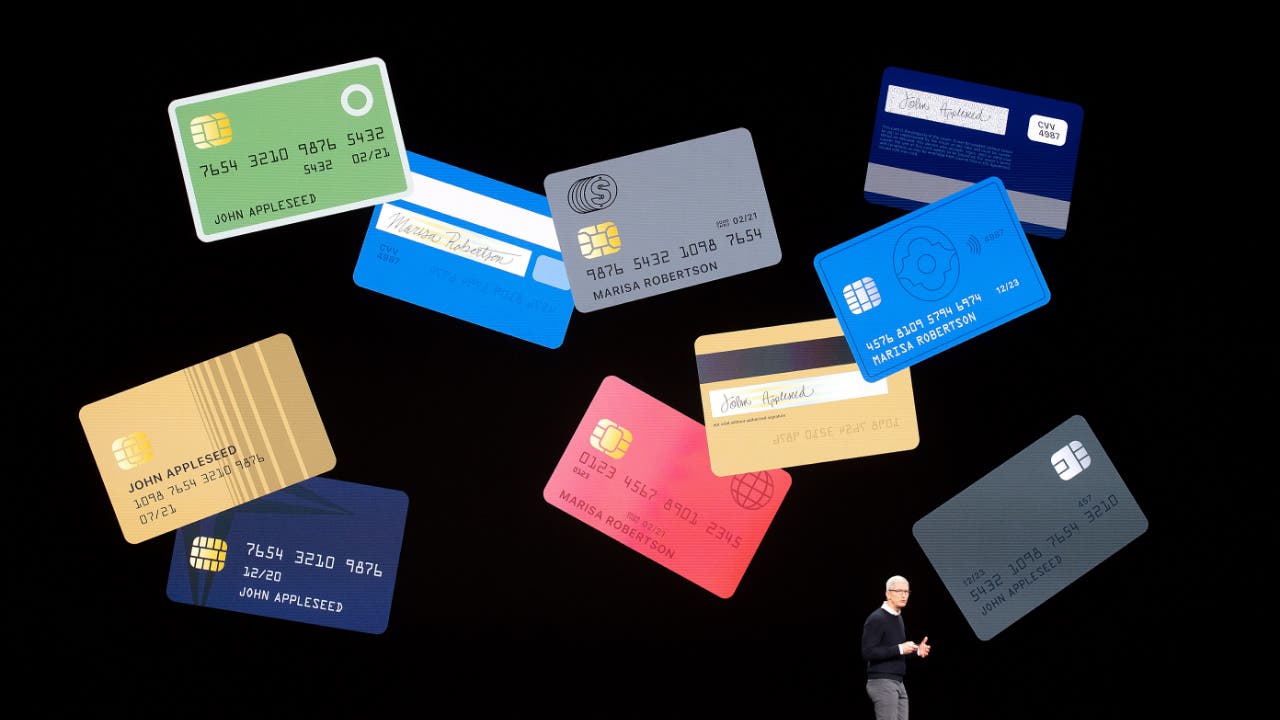 Tech companies have increasingly dabbled in financial services over the years, but recent announcements show they’re getting more ambitious. Companies like Amazon, Apple, and Facebook are promising powerful new credit cards, payment services and even a currency. All they want in return for these new services is even greater control over how and where you spend your money.

At first glance, the finance and tech industries don’t have much in common besides raking in a lot of money. It’s a daring move for tech companies to venture willingly into the regulation minefield of banking, so they must think the outcome will be worthwhile. Recent moves by big tech companies suggest they’re betting financial services will be a successful way to increase revenue and brand loyalty. Put another way: It’s increasingly clear these companies see a chance to cut out the middlemen and interact directly with another aspect of a customer’s life.

In March, Apple unveiled Apple Card, a new payment system set to launch later this summer. It will include Apple Pay and a titanium card with your name engraved to use wherever Apple Pay isn’t accepted. The card promises security, privacy and accessibility. It may seem counterintuitive to release a physical card when it seems like everything is trending toward digital, but Apple is “still encouraging people to begin using or continue to use Apple Pay by rewarding those purchases more. You can earn 2 percent cash back on every Apple Pay purchase and 1 percent on every purchase with the physical card,” Bankrate credit card expert Kendall Little told Reviews.com. The physical card offers a backup option that will make paying via Apple possible in more places while technology catches up and more merchants are on board with digital payments.

Another big announcement came from Amazon, which unveiled a new credit card aimed at those with poor credit. Amazon is no stranger to credit cards; its Amazon Store Card has been earning Prime members 5 percent cash back on their purchases since 2015, according to Fortune. The new Amazon Credit Builder is a secured card that offers that same cash back benefit for Prime members. That sort of reward is a rare find in a secured card. It has a steep interest rate at 28.4 percent, but that isn’t necessarily a bad thing. But perhaps the biggest draw of the Credit Builder card is the opportunity to upgrade to the Store Card after just seven months of responsible use.

More recent FinServ tech news has seen Facebook making moves, although the social media giant is doing it in a different way than Apple and Amazon. Libra, a new cryptocurrency that will be accessible exclusively through Facebook’s forthcoming digital wallet, Calibra, will essentially make Facebook the latest online bank. In a press release, Facebook explained its motivation was to serve the large portion of the population (upward of 50 percent, according to the World Bank’s Global Findex database) who are underbanked by providing low- to no-cost financial services. Whereas Facebook is ubiquitous in modern society, cryptocurrency remains on the fringe of popular familiarity and understanding. Facebook seems to think it can bridge that gap with Calibra. By bundling cryptocurrency with the same platform that hosts your cat photos and grandma’s birthday wishes, Facebook is following in PayPal’s steps in an effort to make digital currency increasingly accessible to the masses.

Other examples of tech companies making moves into FinServ include Instagram’s checkout, which allows users to buy products without leaving the app through what some might find to be a dangerously quick process. According to CreditCards.com, Google recently combined Google Wallet and Android Pay to create a new mobile wallet and peer-to-peer payment system called Google Pay. The credit cards are currently only available in countries where contactless cards are more common, but it’s easy to see the company considering expanding to the U.S. if the technology becomes more prevalent. Even Uber is looking to offer in-app financial services; a closed LinkedIn job posting hints at coming services such as “new payment experiences” and better tools to help drivers manage their earnings.

What’s in it for the companies?

These new initiatives seem to be a combination of opportunity and convenience.

“This shift makes sense, as many consumers are already using smartphones to manage their finances and banking needs. Sending money through sharing apps, uploading checks and making payments through their phones is already happening,” financial services veteran Jared Weitz, CEO, and founder of United Capital Source, told Reviews.com. Consumer interest is clearly there, and tech giants already know so much about our purchasing patterns that they’ll be able to offer services that are tailored to reduce their risk while increasing our spending, explained Tim Smith, an account executive for Salesforce implementation partner Simplus, and who previously worked in finance and lending roles for other FinServ firms.

Lately, there’s been a big push from tech companies to focus on services over products. Tim Cook, specifically, has talked services as the future of Apple for a while since hardware sales are declining. These recent developments from Apple, Amazon and Facebook are examples of product-based companies offering more and more services. Instead of acting as middlemen between consumers and banks, tech giants are working to offer those services themselves. By doing so, they’ll have even more control over our lives as they’re able to predict, track and facilitate our spending habits.

Besides just increasing a company’s control, services could offer a way for tech companies to bolster brand loyalty by increasing their value to a consumer. By creating all-in-one platforms that host an entire buying process from awareness to transaction, these companies are providing convenience to their most loyal customers (those who use their products and services).

In most cases, it’s a relatively minor lift for companies this size to build out financial services arms. Many are able to implement solutions quickly through strategic acquisitions or partnerships, with partners gladly conceding huge portions of overall revenue in exchange for tapping into tech companies’ large user bases.

In various ways these new financial services are targeting those who don’t have bank accounts, have poor credit or are skeptical of traditional banks “after the Great Recession and financial crisis in 2007-08,” former investment and financial planning adviser Dock David Treece told Reviews.com. Calibra’s goal is to offer a simple and accessible way to store and spend money. Amazon’s secure credit card appeals to individuals who have limited card options but still want solid cash-back rewards. Once Amazon has someone signed up, making them eligible for the Store Card in just seven months encourages them to continue with Amazon instead of waiting until they could apply for other unsecured cards elsewhere.

Financial services also offer a new way to increase revenue for tech giants, in an industry ripe with potential profit; 18 percent of 2018’s top 50 Fortune 500 companies were in the financial sector.

“In most cases, it’s a relatively minor lift for companies this size to build out financial services arms,” Treece explains. He also pointed out that because big tech companies are already scaled to support a large customer base, “many are able to implement solutions quickly through strategic acquisitions or partnerships, with partners gladly conceding huge portions of overall revenue in exchange for tapping into tech companies’ large user bases.” While these new credit cards have perks that offer value to a consumer, at the end of the day, it’s the issuing company who will profit. Apple will earn a commission every time the Apple Card is used and again when the Apple Pay Cash Card, loaded by Apple, is used. Amazon will benefit from the high interest rate on its Credit Builder, especially since those using a secured card are usually the most at-risk for accruing interest. The card also incentivizes purchases from Amazon over other retailers by encouraging Prime membership and offering cash back.

While the foray into FinServ makes sense from an infrastructure and profit lens, there are some barriers that tech companies will face.

“These companies have had interactions with regulators in the past, but have not yet reconciled themselves to the ongoing scrutiny and routine fines that are a daily source of frustration for large financial firms,” Treece told us. Facebook is already facing scrutiny, and California Rep. Maxine Waters, chairwoman of the House Financial Services Committee, has asked the company to stop developing Calibra until Congress can investigate more.

Anyone who has ever used technology knows how frustrating it is when technology fails us, whether it’s slow Wi-Fi or the “spinning/rainbow wheel of death.” A Google outage earlier this month, reported on by Fast Company, left some Nest owners locked out of their own homes, giving us a glimpse of the disastrous possibilities of integrating technology into every corner of our lives. Now just imagine how much worse it would be if a system you’d attached your dollars to crashed, and you were unable to access your money.

At the end of the day, there is plenty to be excited about with any innovation that has the potential to simplify our lives and save us money. These new services are poised to bring finances into a new digital age. However, as with any financial decision, your research can prove more valuable than any flashy marketing campaign or algorithm-generated recommendation. Kendall Little advises people to “just stay aware of which products are the best fit for them without getting caught up in what may seem like the latest and greatest offering.”

With great power comes great responsibility, so take into account your personal banking needs before giving your money to a tech company just because you’ve used their hardware or software. And remember: No matter what perks you’re promised, these new services are always in the interest of the tech company that thought of them.