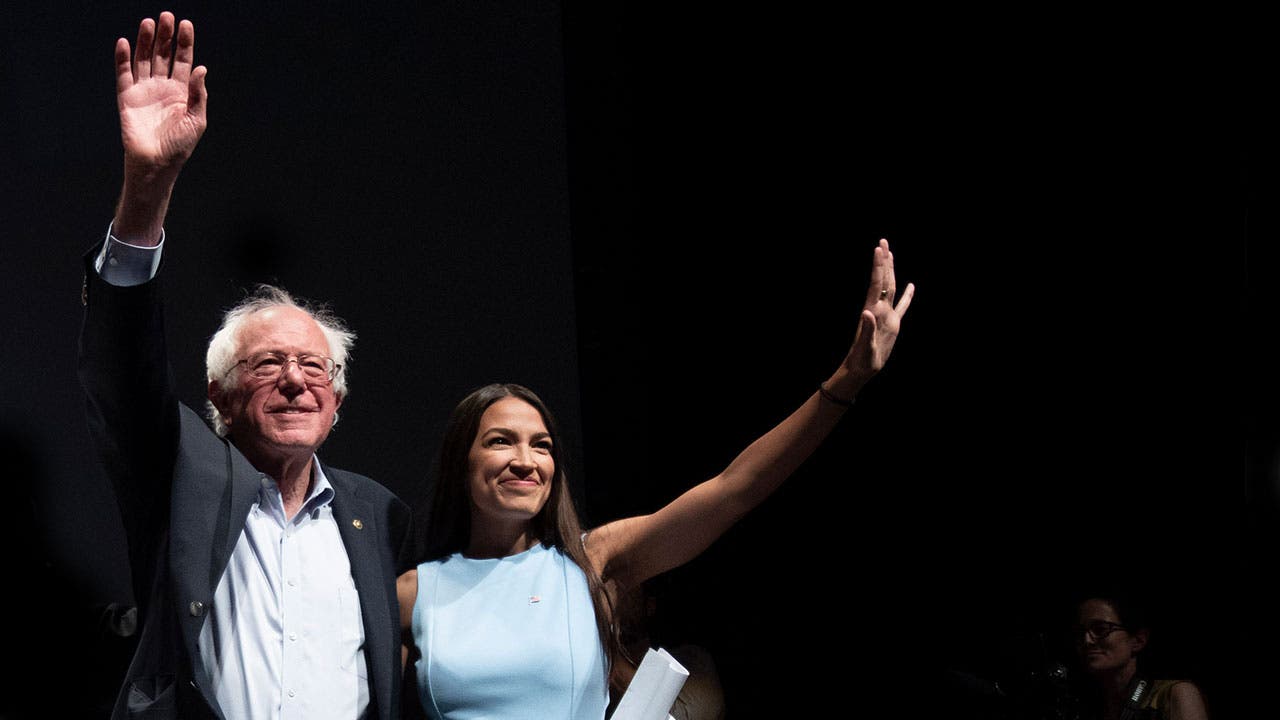 The lawmakers unveiled a legislation proposal on Thursday that would set a federal cap on credit card interest rates and other loans at 15 percent. That’s a significant difference from where variable rates currently sit: around 17.80 percent, according to Bankrate data.

The original report by The Washington Post states that the legislation would also allow states to establish their own lower limits and would allow the Post Office to offer consumer banking services like checking and savings accounts.

“This to me is not just an economic issue, it is a moral issue,” Sanders, a Democratic presidential primary hopeful, said in the live proposal announcement streamed on Twitter. “You have Wall Street and credit card companies charging people outrageously high interest rates when they are desperate for money to survive.”

“There is no reason a person should pay more than 15% interest in the United States,” Ocasio-Cortez said of the proposal via Twitter, adding: “It’s a debt trap for working people + it has to end.”

What a 15 percent cap could mean for consumers

While credit card debt is on the rise and emergency savings, comparatively, are in decline, any chance to eliminate staggering interest rates seems helpful. But long-term effects on consumers may be more complicated.

“Today consumers benefit from a highly competitive and vibrant credit market,” says Jeff Sigmund, a spokesperson for the American Bankers Association. “It would be a mistake for the government to artificially limit those choices. This specific proposal will only harm consumers by restricting access to credit for those who need it the most and driving them toward less regulated, more costly alternatives.”

Combined with the possibility of decreased interchange fees, a cap on interest rates could lead to declines in some of credit card issuers’ biggest profit drivers. Some banking insiders, in turn, fear that this could lead to banks pulling back on the lucrative cash-back and sign-up bonus rewards that Americans have come to enjoy in recent years.

“The legislation is very unlikely to pass, but it’s a good reminder for consumers that credit card rates are high,” says Ted Rossman, industry analyst for CreditCards.com. “If you have credit card debt—and about six in 10 cardholders do—you need to prioritize your interest rate over rewards.”

Even with the proposed legislation in effect, a 15 percent interest rate may cost you thousands in credit card interest on your balances over time. Regardless of what’s to come on Capitol Hill, you should prioritize eliminating your debt as quickly as possible. Stick to a trim budget, increase your income where possible and use debt payoff methods to reduce your interest payments.

“Credit card rates have been increasing because of the Federal Reserve’s series of rate hikes,” Rossman says. “Yet there are still balance transfer cards that offer up to 21 months with no interest. Take advantage of these offers and watch out for the 3-5 percent transfer fees that most of them charge upfront.”