The next big thing in elite credit cards 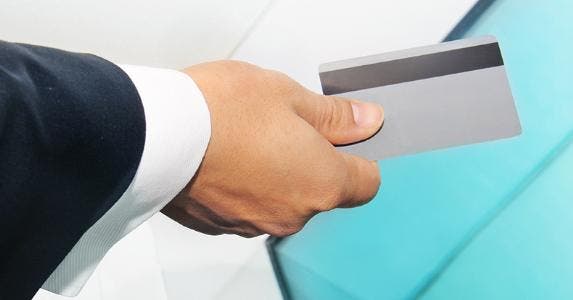 By now, you’ve probably seen pictures of various celebs shopping around town with a credit card made of graphite — or even palladium.

The big perks represent an attempt by issuers to attract and retain the market’s most valuable customers, who drive revenue largely through interchange fees.

“We’re starting to see a lot more focus on the mass affluent and the affluent space by the major issuers,” says Ali Raza, a principal at CCG Catalyst. “There’s a lot more emphasis around marketing and promoting their affluent prestige products.”

But with the bar already set so high, what’s next in line for payments geared toward the rich and famous? Well, in most respects, more of the same.

“The incentives and rewards attached to super-premium cards are stale,” says Richard Crone, CEO of Crone Consulting LLC. “There’s only so much you can do with a card.”

Beyonce and Jay Z, for instance, shouldn’t expect the basic structure of their rewards programs to change anytime soon.

These enhancements are likely to include increasingly exclusive and experiential rewards, the use of big data to identify potential new customers and increased sign-on bonuses for those who take issuers up on the special invite.

Experts say elite credit cards will be among the first to experience a mobile makeover. Accounts will become easier to manage, while the big rewards or perks associated with them will be simpler to monitor and redeem.

“All these extra hurdles and facades that are put up will erode as mobile takes hold,” Crone says. “Incentives will move to real time. … The carrot is going to be right in front of your nose.”

For instance, Saks Fifth Avenue could tell Kim Kardashian that she was eligible for a big discount on a new pair of Jimmy Choos while she was browsing in the shoe department. Or Prada could let her hubby Kanye West know he had enough rewards points to purchase a new set of luggage the second he entered a store.

These instant push notifications, of course, would be delivered via smartphone or tablet.

These apps “will enable the user to pay out of the app for in-store transactions, enable real-time, highly personalized messaging and exclusive rewards benefits in store, and offer enhanced security and other protections,” he says.

A full mobile migration may be a few years off, since consumers are only just now starting to get used to digital payment platforms like Apple Pay or Softcard.

Before that mobile moment takes hold, expect more “stress on the design and the look and feel of the card,” says Raza, since financial institutions will be re-issuing a lot of their products with Europay, MasterCard and Visa, or EMV, chips ahead of new network liability rules set to go into effect in October.

The mass re-issuance also will give financial institutions the opportunity to play around with the design of their second-tier premium products — cards geared toward creditworthy, semi-affluent consumers, but readily available to be applied for by anyone.

In other words, expect fewer cards made of plastic and more cards made of quartz or solid glass in 2015, says John Ulzheimer, president of consumer education at CreditSesame.

“It seems to make sense that they would at least play with (the look of the cards),” he says. “There are a million different options to choose from, and people will (apply for) them because of what they look like.”