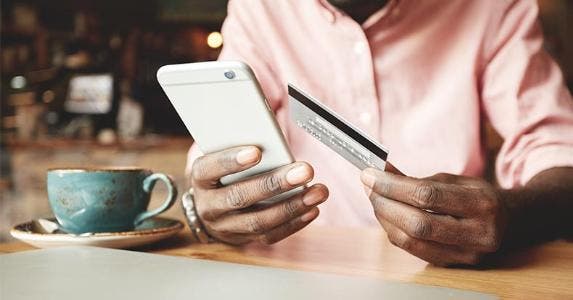 The number of new credit cards Americans are opening hasn’t quite recovered to pre-recession levels. But after five years of climbing, it’s getting close.

In its quarterly report on credit card market data, the American Bankers Association says new card accounts numbered 85 million in 2016’s second quarter, which is up 11 percent over the previous year. The latest reading also approaches ever closer to the recession-era high of 92 million, seen in 2008’s second quarter.

“Consumer spending was strong in the second quarter, driven in part by an improving labor market and steadily rising wages,” said Jess Sharp, executive director of ABA’s Card Policy Council. “As consumers continue to gravitate toward credit cards, it’s no surprise that purchase volumes and account openings are on the rise.”

Defined as cards opened within the last two years, new accounts bottomed out in 2011, after the financial crisis led card issuers to tighten credit offers. Since then, the number of new accounts has climbed every year, to the point that it has now almost doubled.

But the growth across credit-risk tiers has not been equal. Subprime accounts have ballooned the most, up 127 percent from the 2011 valley, while super-prime cardholders have grown just 63 percent. This correlates with reports that card issuers are actively targeting millennials and other consumers with limited credit histories. 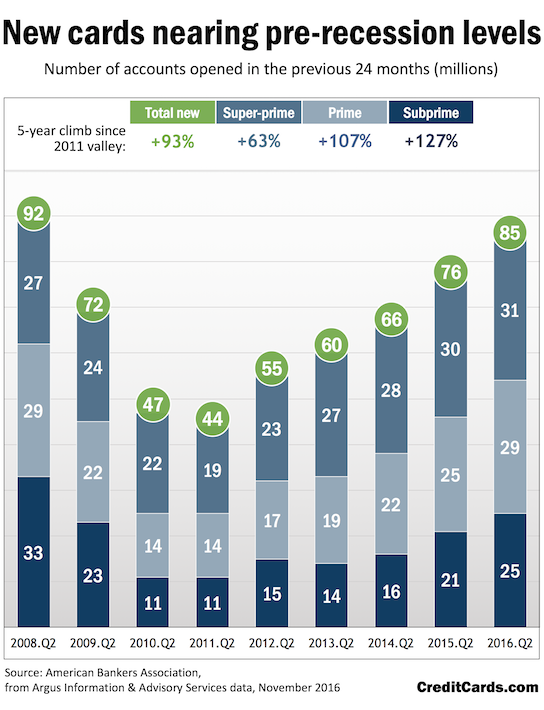