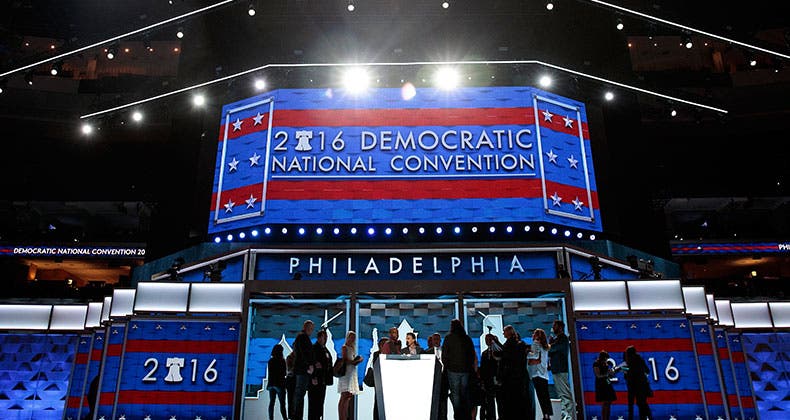 If you’ve donated money to the Democratic National Committee within the last 1 1/2 years, you may want to consider freezing your credit.

WikiLeaks published donor names, addresses, Social Security numbers and credit card information when it released 19,000 hacked internal DNC emails on Friday. The emails and 8,000 attachments are all searchable on the WikiLeaks website.

Included in the data are hundreds of emails that appeared to have been generated automatically after someone made a donation online. Those emails, which contain sensitive donor information, were sent to the DNC’s finance director and finance chief of staff, as well as the chief of staff for Priorities USA Action, a Democratic PAC.

In a statement on its website, WikiLeaks — which has been at the center of numerous high-profile leaks of classified or secret information over the last decade — said the emails come from the accounts of 7 top DNC employees, beginning in January 2015 through May 25, 2016.

An independent hacker claimed credit for stealing the trove of emails, although when the DNC first announced in June that it had been hacked, it blamed the breach on the Russian government.

The Wall Street Journal reported last month the hackers tried to get access to about 4,000 email accounts associated with groups tied to U.S. politics:

“Researchers believe the hackers wanted access to email accounts as part of an intelligence-gathering operation, as opposed to stealing information for financial gain. In one tactic used to trick people into giving up their email login information, the hackers sent out mass emails containing links that asked victims to reset their passwords. The links redirected to a fake Google account login page, where victims were asked to enter their login information.”

If your donor information is included in this release, you are at risk for identity theft.

To protect yourself, you can initiate a credit freeze at each of the 3 major credit bureaus. You may have to pay a fee.

A credit freeze prevents anyone — including yourself — from opening a new line of credit in your name unless the freeze is lifted.

FREE TOOL: Monitor your credit report for free with myBankrate.