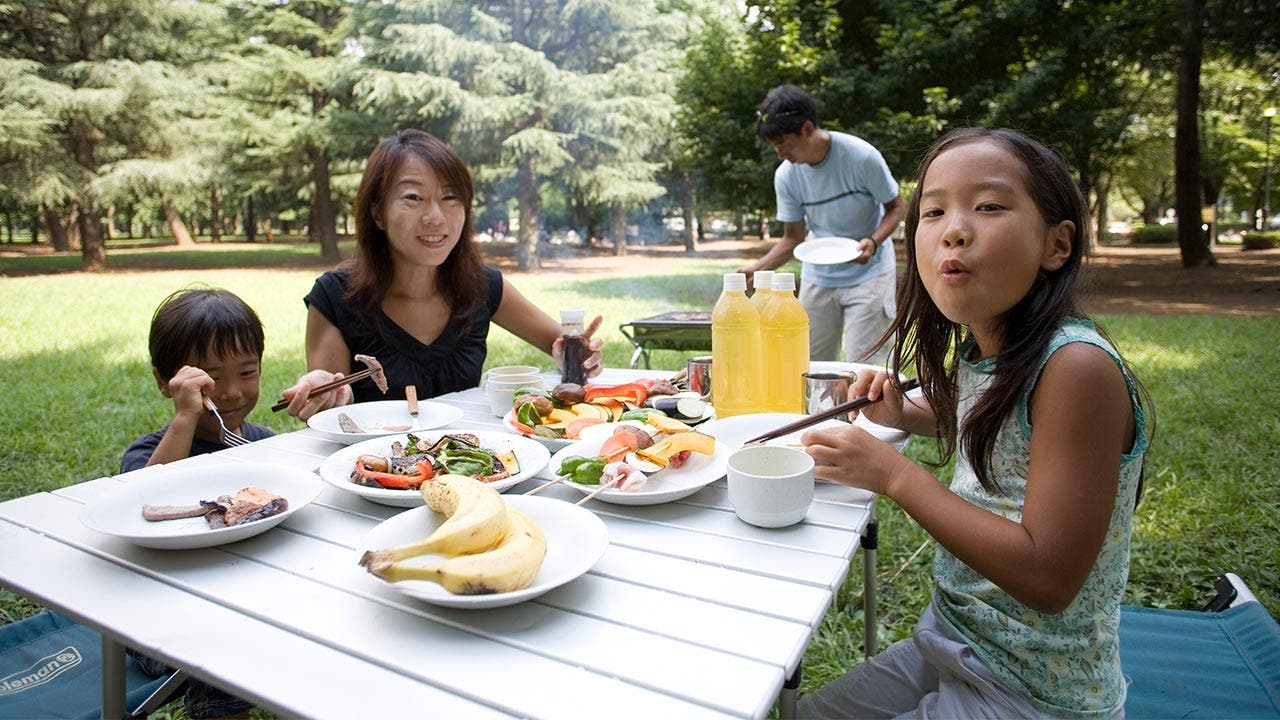 The credit card offers that appear on the website are from companies from which this site receives compensation. This compensation may impact how and where products appear on this site (including, for example, the order in which they appear). This site does not include all credit card companies or available credit card offers.
Bankrate has partnerships with issuers including, but not limited to, American Express, Bank of America, Capital One, Chase, Citi and Discover.

Parents struggling to pay bills are right to wonder how much of an impact their financial stress is having on their kids.

According to “Parental Debt and Children’s Socioemotional Well-Being,” a study published in the journal Pediatrics in January 2016, high unsecured debt (such as credit cards) is associated with lower levels of socioemotional well-being among children, possibly contributing to anxiety, depression, fear and feelings of inadequacy. Conversely, debts incurred to buy a home or finance an education had the opposite effect, as these led to a greater sense of well-being among children.

How can parents minimize any emotional harm “bad” debt and the resulting financial troubles can have on their children? Experts say it’s possible, with the right approach. With the average U.S. household credit card debt (among households with credit card debt) reaching nearly $10,000, this issue can affect millions of families.

Here’s what parents in this position need to know:

Anxiety and depression are common reactions to being deep in debt and struggling to get by. Kids with parents who are weighed down by these emotions often suffer.

Chris Degenaars, a social media and content strategist living in McKinney, Texas, says being raised in an economically troubled family was tough on everyone.

“I grew up in a low- to middle-class household,” says Degenaars. “My dad worked for a banking company and was doing well, but at one point they were bought out and he lost his job. He was never great at saving money, so it was really bad. Mom wasn’t working, so it was a substantial hit.”

Rather than address the problem, his father kept buying new cars “every other month” and racked up a large amount of debt. The stress level in the home became unbearable.

“I was scared to flip the light switch because I didn’t know if we paid the bill,” says Degenaars. “I heard my mom crying at night. It didn’t make sense. We had one lifestyle with all these cars, but on spring break from school we never did anything … because we couldn’t afford it. I realized it wasn’t normal. I was scared because it was totally out of my control.”

Growing up under those circumstances left Degenaars with lifelong struggles. “I’ve suffered from depression, suicidal thoughts, actions that could have led to something very bad,” he says.

New York City psychologist Kathryn Smerling says it’s only natural kids become highly anxious when their parents are struggling financially. Parents may think they’re shielding the kids from their money troubles by holding it all in, but even young children pick up on signs of strain, such as agitation and moodiness.

Overt pessimism about money can take a toll, too.

Stefan Taylor, the Dallas founder of ADHD Boss, a website for people living with attention-deficit/hyperactivity disorder, says his father’s extreme negative attitude about money was both emotionally and intellectually hard on him from as far back as he can remember.

“There was no positive correlation with money at all,” says Taylor. “There was a point where I was so confused, I didn’t understand why there was such a negative thing about money. I was too young to figure it out. All I knew was that there was definitely tension about money, and lots of problems with it. It was very scary.”

Yet another unintended consequence of a parent’s financial stress is children feeling responsible to shield siblings from pain, which is what Debbie Todd, a certified public accountant from Woodland, Washington, felt.

“Dad was in the Air Force,” says Todd. “Service people don’t make a lot, but he also had a drinking problem so money was always tight. I’m the eldest of four, so mom had to stay home and take care of us.

“It was socially tough. We didn’t have the nice clothes, couldn’t go to events or join sports,” says Todd.

As the eldest child, she felt an extra burden. “I was protective over the other kids,” she says. “We weren’t homeless, but there were times we were close. There was no security. It affected me tremendously as a child.”

Signs that children are suffering

On the surface, children raised in financially stressed households may appear fine. However, reactions to the stress may surface in different ways depending on their age.

“In early childhood, or if they’re below the age of 7, they will more than likely act out by having temper tantrums, seeking out ways to get attention, or withdrawing,” says Smerling.

“Physical manifestations of a younger child with anxiety may include teeth grinding, stomachaches or taking it out on their classmates,” says Smerling. “Older children, on the other hand, will get very anxious and may do similar things but perhaps in more sophisticated ways.”

Adolescents can have an especially difficult time coping with their parents’ worries. Findings from an American Psychological Association survey published in 2014 indicate that teen stress mimics that of adults, and they’re naturally susceptible to feeling overwhelmed, depressed and fatigued. When their parents are also despondent, it can intensify the emotional havoc.

As a result, students may founder and underperform in school. “When parents are stressed and not doing well with money, they can’t focus,” says Todd. “Many gifted children fall through the cracks this way. They disengage from their dreams. It’s tragic. I had dreams, even the opportunity to go to college with a full scholarship, but we couldn’t afford room and board so I didn’t go at 18.”

What parents can do, even when deep in debt

If parents can shield their financial worries from their children, great. However, they’re often not as successful as they think, says Smerling.

“Parents have this illusion they can have their own private arguments and children won’t listen. That’s simply not true,” says Smerling. “If parents are hopeless about money, kids are going to feel hopeless about it. Kids tend to notice if a parent is struggling or in depression.”

For this reason, many would do better by talking about the situation candidly, but with an emphasis on positivity and problem-solving techniques.

Debbie Todd, who did eventually go to college and earn a degree in accounting and finance, is now an educator who developed a course for families facing financial distress called 1 Hour Impact. She offers the following tips on how parents who are experiencing an economic crisis can lessen the impact on their children with an open discussion:

After the hurt can come reckoning

Upon reaching adulthood, those who survived living with parents who had pervasive debt and money troubles bear an imprint. Results are mixed.

For Taylor, he was particularly motivated to become financially independent and secure. “I studied entrepreneurship in college,” he says. “It led me to start my own company. I think in some crazy way it turned out to be a positive. I wonder what would have happened if I had a healthy relationship with my dad and money from the beginning.”

Today, Degenaars says he continues to work all the time, and it’s a direct result of his indebted, difficult upbringing. “It’s my routine,” he says. “I don’t do vacations. They don’t appeal to me because it seems like a waste of money. It left a scar. I lived through those 13 years of my parents struggling with money. To this day I ask mom how we’re doing with bills. It’s a situation that concerns me as the only child.”

But would Degenaars change the way he was raised? “I don’t think so,” he says. “It was depressing all-around but where I am now, it’s good. It taught me to never get too comfortable because you never know what is going to happen. I enjoy the little things. I think I hold simple things to a much higher value than other people I know.”

See related: What children should know about money, at what age, 4 wrong money messages for children (and 4 right ones)

Editor’s note: This story, “How to protect kids from debt, financial stress” originally was posted on CreditCards.com.