After the Fed: A fixed-rate credit card can help — if you can find one 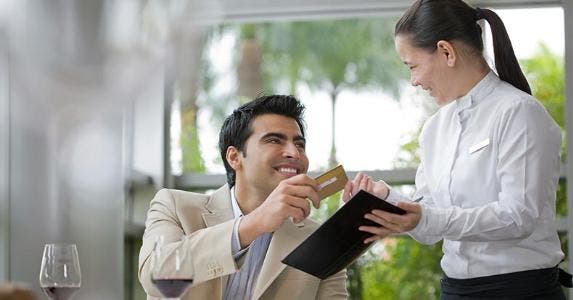 You can thank – or curse – the Federal Reserve.

Interest rates on most cards are tied to a floating index rate, typically the prime rate, which is a consensus rate agreed to by the 10 largest U.S. banks. The prime rate is, in turn, tied to the federal funds rate set by, you guessed it, the Federal Reserve.

So when the Fed increases short-term rates as it just did, your credit card issuer will do the same. That new higher rate likely will be in effect on statements you receive in January.

But not every credit card holder faces higher rates when the Fed acts.

Consumers who hold a fixed-rate credit card don’t have this worry. They know with confidence the rate charged on their debt today will be the same tomorrow.

Few banks or credit unions issue fixed-rate credit cards today. You can, again, thank your government for this.

If you can find a fixed-rate card — akin to a “pink unicorn,” according to Greg McBride, CFA, Bankrate’s chief financial analyst — it can shelter you from rising interest rates.

“These cards are all but obsolete, and to snag one of these you’ve got to be eligible for membership at the few credit unions that offer these cards,” McBride says.

Just a handful of the 602 issuers that most recently filed credit card agreements with the Consumer Financial Protection Bureau offer fixed-rate credit cards.

Among them is Torrance, California-based UNIFY Financial Credit Union, which operates about 50 branches in 14 states. You don’t have to live near one of these branches to qualify for membership, though.

The credit union says you can qualify by joining one of two nonprofit organizations, the Friends of Hobbs State Park, based in Arkansas, or The Surfrider Foundation, which works to protect oceans and beaches.

UNIFY offers three fixed-rate credit cards that charge as little as 8.99 percent APR. That’s a significantly lower interest rate than the national average for variable rate cards – 16.23 percent, according to Bankrate’s most recent national survey. But it’s higher than the lowest variable-rate card from UNIFY, which charges 5.24 percent APR.

CARD SEARCH: Now’s the time to transfer high-interest balances to a new card.

It used to be fairly easy to find a fixed-rate credit card, even if the name “fixed” was a misnomer. The Credit Card Accountability, Responsibility and Disclosure Act, or CARD Act, changed that.

“Prior to the CARD Act the rate was fixed in name only,” McBride says. “The act mandates that a fixed-rate card be a fixed rate.”

The law, which took effect in 2010, made it difficult for card issuers to increase interest rates on a fixed-rate card. As a result, most issuers simply abandoned their fixed-rate products in favor of variable-rate cards, which reduced their interest-rate risk.

“At the opposite end of the interest-rate cycle, that’s where fixed-rate cards become a lot more attractive because the balances outstanding will not reprice as rates go down,” he says.

If you can find a fixed-rate card, should you consider one? Maybe.

If you anticipate incurring expenses you won’t be able to pay off right away, a fixed-rate card could be a good option, McBride says. But if you have good credit, a zero percent balance transfer card or an unsecured personal loan might be better options.

“If you’re choosing a card based on whether it’s a fixed- or variable-rate card then you’re ignoring the more important aspects of the card, like the rewards and fees,” John Ulzheimer, a credit expert who formerly worked at credit companies FICO and Equifax, wrote in an emailed response to questions. “Plus, the issuer can still increase the rate after a year as long as they give you notice. Finally, if you pay it off every month then the rate type is immaterial, which is how you should go into a card relationship.”