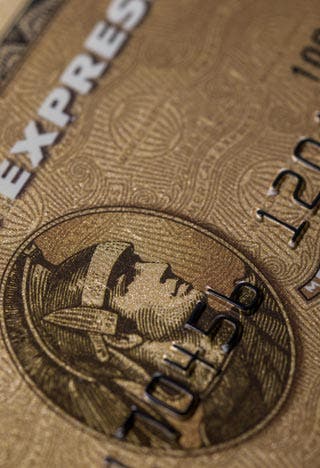 American Express is making major changes to two of its most popular credit cards.

The issuer announced Thursday that it was enhancing the perks associated with its Premier Rewards Gold Card and standard Gold Card.

Effective June 1, 2015, Premier Rewards cardholders will receive double points for all restaurant purchases, a $100 airline fee credit for incidental charges such as baggage fees and a personalized travel service. They also will no longer have to pay foreign transaction fees.

The new perks, however, come at a cost, as AmEx is also raising the annual fees associated with each product.

Effective June 1, Premier Rewards Gold cardholders will pay $195 annually for the card, up from $175. And regular Gold cardholders are getting an even bigger increase, with the annual fee rising to $160 from $125 on the same date.

“This latest investment for our Premier Rewards Gold Card Members is designed to deepen our relationship by providing more value in the areas they spend most — from everyday spending on things like gas and groceries, to dining and larger travel purchases,” Lisa Durocher, senior vice president of consumer charge cards and benefits at American Express, said in a press release.

AmEx also confirmed it is raising annual percentage rates by an average of 2.5 percentage points for a small amount of customers, first reported by Bloomberg earlier this week.

The changes follow a spate of bad news for the issuer. Earlier this month, AmEx announced that its co-brand and merchant agreements with Costco Wholesale Corp. will end next year. Reports soon surfaced that JetBlue was preparing to similarly end its co-brand partnership with the company.

And American Express was on the wrong side of a judge’s ruling in an antitrust case that could ultimately allow merchants to offer incentives — such as discounts or loyalty rewards — in order to get customers to use a credit card that charges lower swipe fees.

The move to a higher-fee and better rewards structure could pre-empt customers from taking merchants up on these offers. Issuers often utilize annual fees to keep their cards top-of-wallet, since a consumer is more likely to use a product they have paid for.

Would you pay a higher annual fee in exchange for more rewards? Let us know in the comments below.