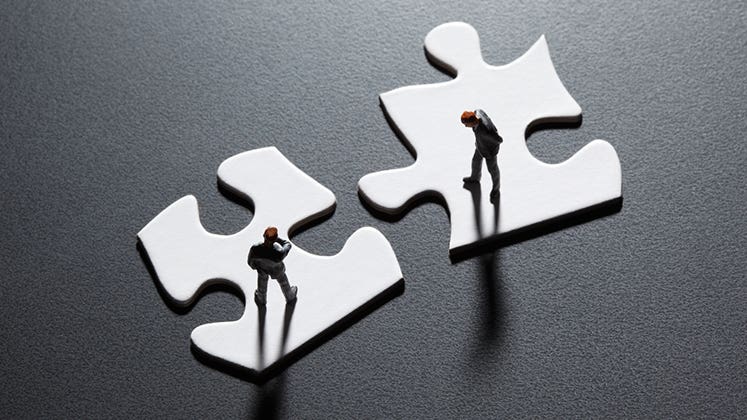 During the last recession, many consumers found they had become depositors at a new bank overnight after their old bank failed. Now, in a continuing quest for growth, some of those acquiring banks are looking to merge or buy other banks.

It can be unsettling to learn that your bank is being bought by another bank, maybe one you’ve never heard of. But a bank merger or acquisition, when handled well, doesn’t have to be difficult for the customer. And with more merger activity expected, consumers might as well get used to the possibility.

In fact, a November 2014 survey of bank executives by BankDirector.com found that half of all banks planned to purchase another bank within 12 months.

What a merger means for you

Most merged banks try to offer a seamless banking process for customers. You may notice small changes like a new website or a different sign on the building. What’s more important are the account changes that may cause inconvenience — or persuade you to take your money elsewhere.

Changes to expect from a bank merger

For instance, if the new bank doesn’t perform a smooth conversion of the system that contains customer account information, you may have trouble accessing your money or, worse, your checks could bounce, says Richard Hitt, managing director in the valuation practice of Chicago-based Navigant Capital Advisors.

All sorts of requirements can change, including the minimum balance you must maintain to avoid fees, the charge for holding a safe-deposit box and ATM fees. It’s important to read the fine print when you receive your welcome packet from the new bank to make sure you know what to expect and to avoid being blindsided.

Read the fine print when you receive your welcome packet from the new bank to make sure you know what to expect and to avoid being blindsided.

In addition, the new bank may have different lending rules and interest rates. You may suddenly be earning more — or less — on your deposit accounts than you did before the merger or acquisition.

Another potential negative effect can be the closing of certain branches. If the acquiring bank has existing branches nearby, customers may find that the branch they typically use is closed because of the merger.

If you’re tempted to withdraw your money after your bank has merged, you’re not alone. A recent Gallup analysis found 8% of customers leave a bank that’s been acquired, higher than the 5% average annual attrition rate for all banks.

It’s not all bad

However, a bank merger isn’t all bad news for customers — and may actually have no impact at all.

“On a positive note, the acquisition can result in having access to more branches and ATMs than the customer had access to previously,” Hitt says. “They also may gain access to new banking services, such as wealth management and financial planning.”

If you hear the news that your bank is going to be acquired or merge with another institution, be on the lookout for notifications or communications in the mail or via email. The acquiring bank should notify you about any changes in your account structure, fees or interest rates so you can be prepared before the changes take effect. In some cases, customers can request a waiver to avoid changes in the terms of their accounts, Hitt says.

Why your bank may make a change

Banks are interested in mergers and acquisitions for a variety of reasons, Hitt says. First, as the economy improves, there’s more opportunity to grow revenue. Instantly growing your customer base can help achieve that goal.

It’s a good time to buy a bank, too, because credit has stabilized — those bad mortgages aren’t as big of a problem today — so potential acquiring banks don’t have to worry as much about inheriting high levels of risk.

In addition to economic influences, banks are facing increased challenges as a result of the Dodd-Frank Act, the big bank regulation bill signed into law following the recession. “With these new regulations, banks have had to invest in new risk-management platforms that increase the cost of doing business,” Hitt says. “An acquisition allows the buyer to spread those costs over a larger client base, enhancing the profitability of the combined entity.”

And for any banks looking to grow, a potential merger or acquisition “opens up new products, pockets of loyal customers and skilled employees that come along with deals of this nature,” Ramsier says.

For banks working to gain market share, increase profits and manage increasing regulations, mergers and acquisitions are viable ways of reaching their goals. So more mergers are expected, Ramsier says.